The 27-year-old, real name Rachael Ellering, is the daughter of WWE Hall of Famer Paul Ellering. 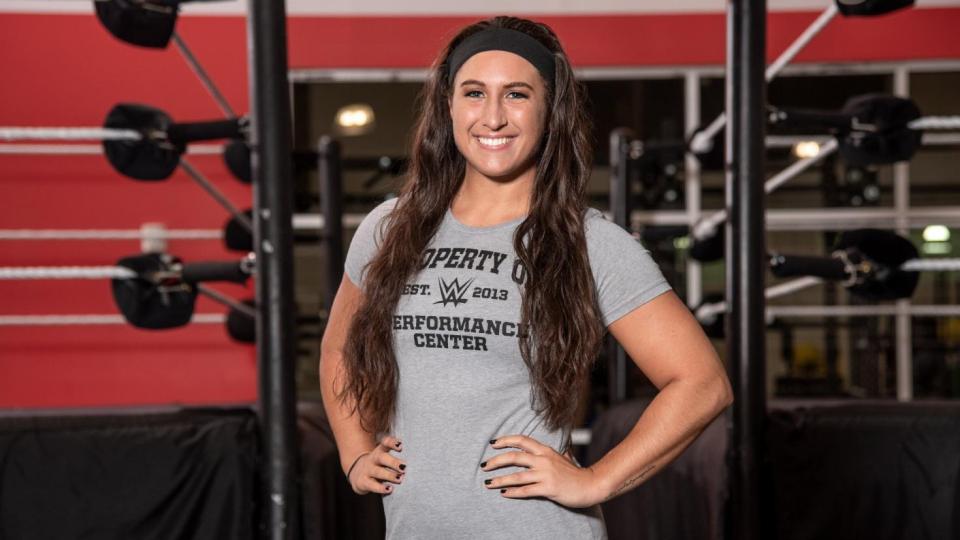 However, even her father’s standing within the company was unable to prevent her time being extended.

Last month a host of WWE superstars were released due to the financial impact of the coronavirus.

Kurt Angle was among the biggest casualties, and now it has been reported Ellering was among those to have their contract ended, along with boyfriend Kassius Ohno.

However, according to the Wrestling Observer Newsletter, Ellering’s release could have been prompted by more than just budget cuts.

The wrestler tore her ACL last July and had been undergoing rehab after having reconstructive knee surgery.

WON’s Dave Meltzer says she spoke out a few months ago about having issues with the medical team and procedures while she was in recovery from her op.

And he claims she had spoken to WWE officials about these problems – but her feedback was not well received and allegedly led to her being cut.

Meltzer adds she was supposedly given two options as to how she would be released, but it remains unclear what either of these were.

Ellering first worked with WWE in NXT in 2016 and then competed in the Mae Young Classic.

She then signed a full-time deal with NXT in January 2019 but has not appeared on TV or on any storylines due to her injury.