IT might be considered entertainment, but wrestling can hurt.

Just ask these WWE stars who have suffered eye-watering injuries while in action in the squared circle.

During Sunday night's Extreme Rules, Mexican Rey Mysterio was horrifically hurt in 'The Horror Show' clash with Seth Rollins, where the winner was decided by who extracted the eye of their opponent first.

After becoming the victor, Rollins was seen puking by the side of the ring with Mysterio rolling around in agony and his eye-ball bulging out from his mask nearby.

It's not the first time a WWE staple has seen their career threatened by a serious injury.

Here's nine more, with some having to end their careers early.

At 1997's SummerSlam Owen Hart clashed with Austin in a match-up for the Intercontinental Championship.

Little did 'Stone Cold' realise that he would sustain an injury that would haunt him throughout his wrestling career.

When Hart performed a Piledriver on Austin, he left his foe with a broken neck.

Somehow, Austin managed to win the match, even though it looked like he wasn't able to continue.

Afterwards, he suffered with temporary paralysis and was the beginning of many neck issues that plagued Austin going forward. 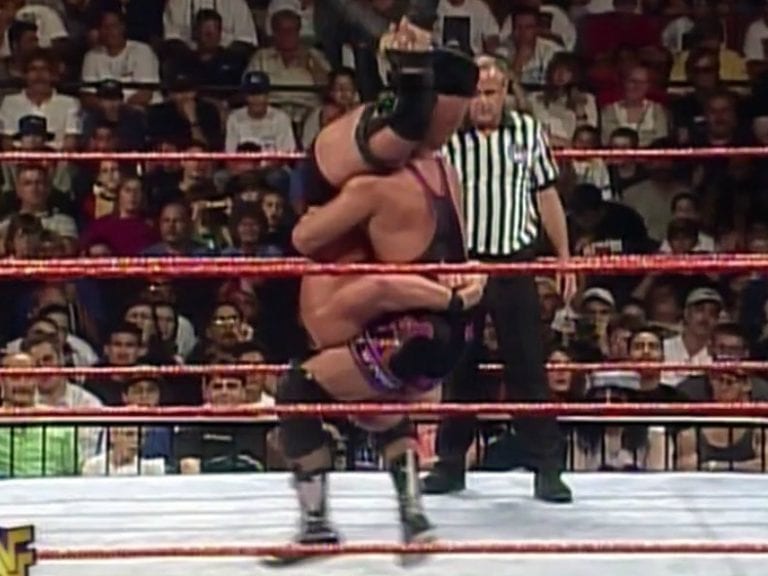 What hasn't happened to Foley?

The wrestling legend took on The Undertaker in 1998 in a 'Hell in a Cell' match and ended up with a staggering amount of injuries.

Multiple puncture wounds, a bust lip, as well as a dislocated shoulder and jaw.

But the most visible was seen at the end of the match, when he grinned towards the camera.

He had his tooth coming out his nose. 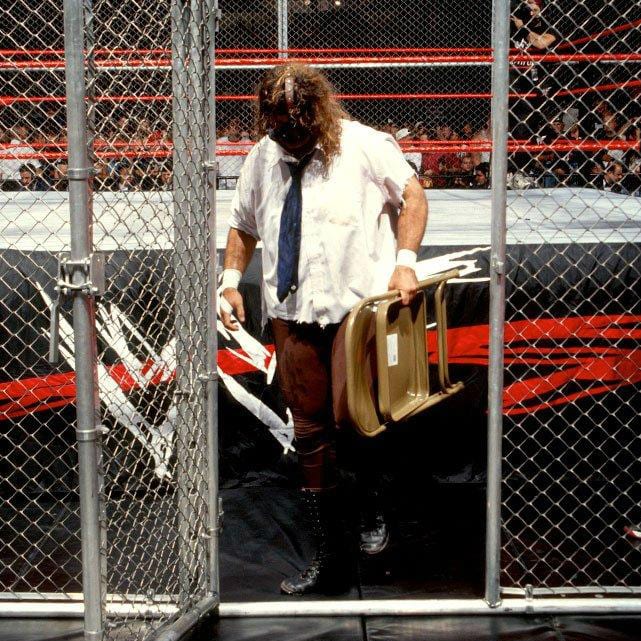 Facial injuries are part and parcel of the WWE.

All the slaps, scratches and punches can definitely lead to some long-lasting damage.

The Undertaker, who has since retired after a series of back problems, suffered a broken orbital bone after a match against Mabel in 1995.

Luckily enough, the incident didn't affect his vision and he didn't lose his eye.

The Deadman soon returned to the ring with a Phantom of the Opera-style mask covering his face. 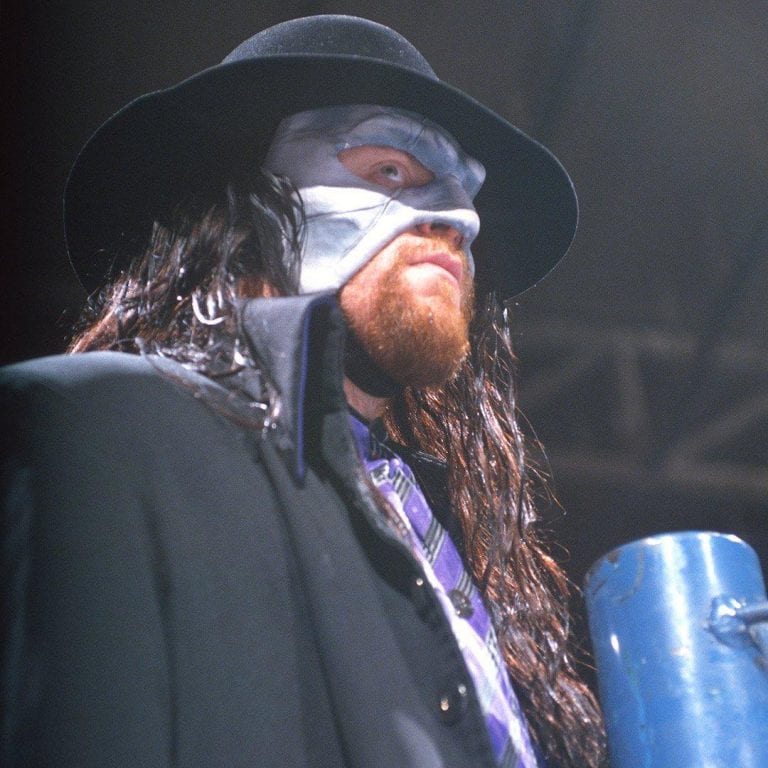 The setting was the 1998 Royal Rumble, and the stakes couldn't have been higher.

Michaels was taking on The Undertaker in a Casket Match in one of the most eagerly anticipated wrestling events of all time.

When The Undertaker used a Back Body Drop to throw Michaels over the top rope and onto the floor disaster struck.

Michaels suffered two herniated discs, including one that was completely destroyed.

He was forced to relinquish his WWE Championship title at WrestleMania XIV. 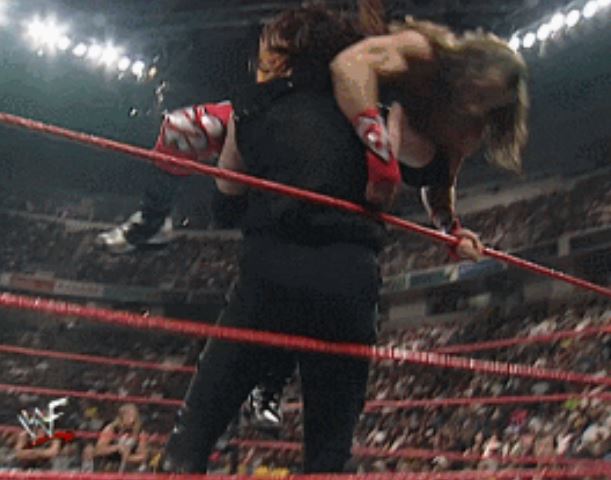 This time it wasn't even a wrestler who did the damage!

In a match against Rey Mysterio, a mystery guest watching all the action decided he had enough of Big Show pummelling 'The Biggest Little Man'.

Step forward Floyd Mayweather, who climbed into the ring and was allowed to strike the cocky Big Show, who was goading him.

Rumour has it, Big Show wanted Mayweather to strike him that hard because he wanted to get the crowd worked up… that'll do it! 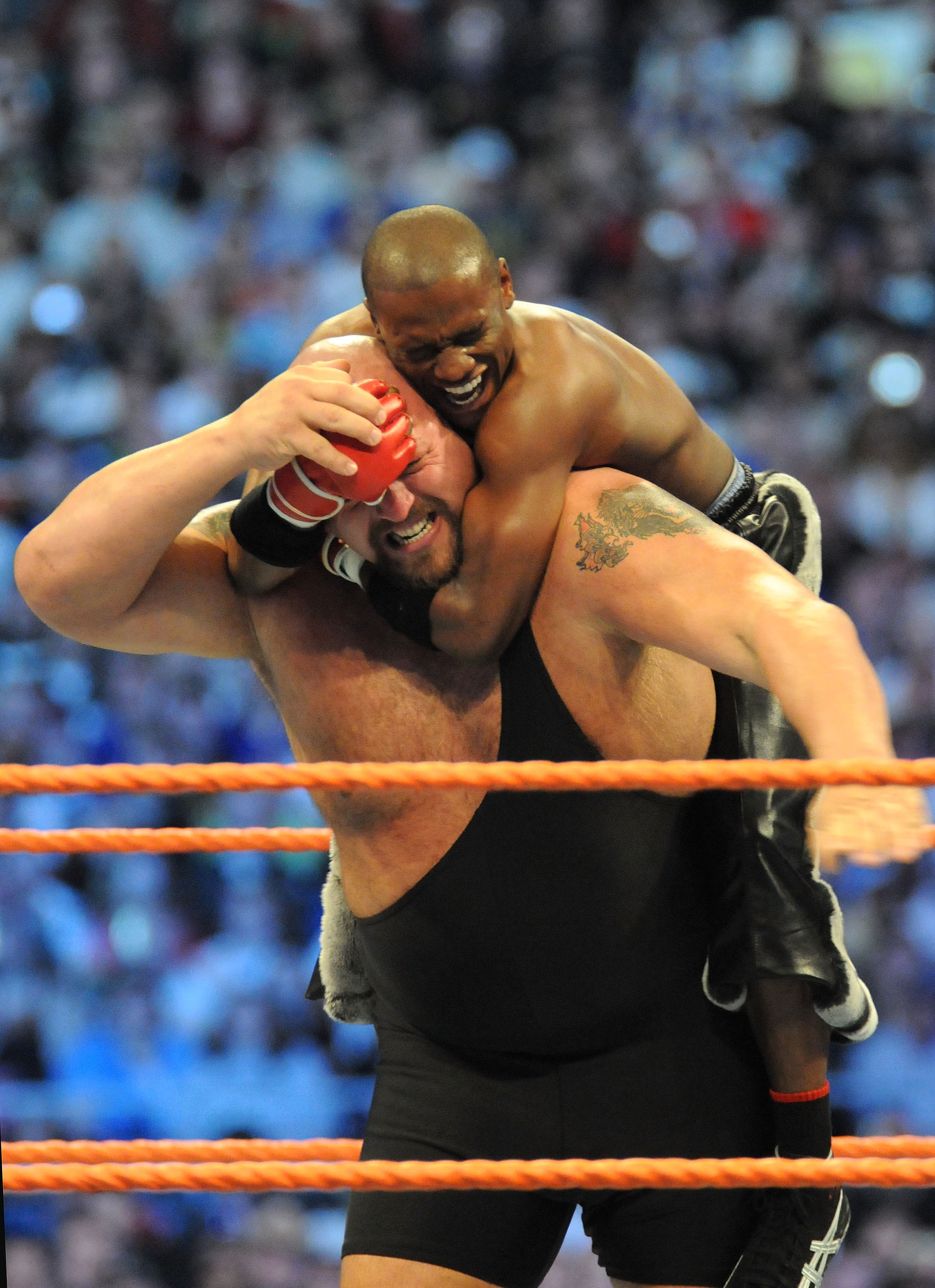 To 2008 and One Night Stand for our next gruesome injury.

Orton was taking on Triple H for the WWE Championship belt, with both willing to put their bodies on the line.

However, the match was best remembered for a pretty awful moment for Orton.

When he was thrown over the top rope by Triple H, he made a hard landing and broke his collarbone.

Orton had to wait five months before he could return to the ring. 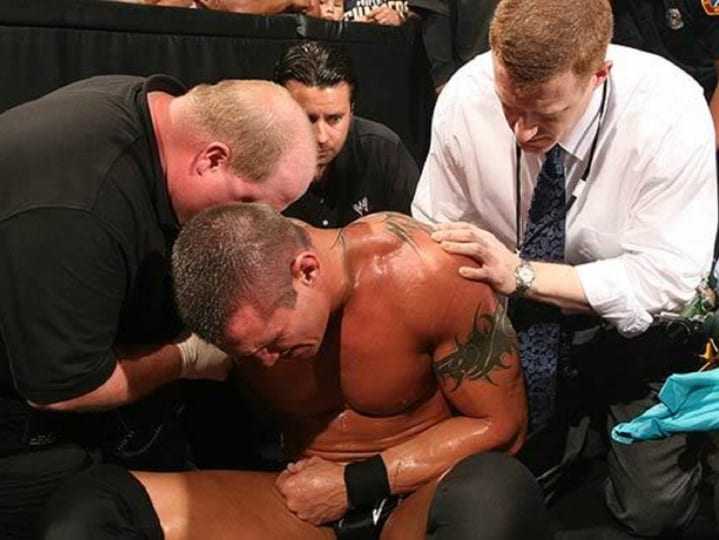 In 1999, in a match against D’Lo Brown that wasn't aired, Droz was left paralysed during a SmackDown match.

Droz has since gained some use of his upper body, but he remains paralysedbelow the waist.

The WWE have kept him loosely involved since the incident, while Droz told Brown he wasn't to blame for the accident. 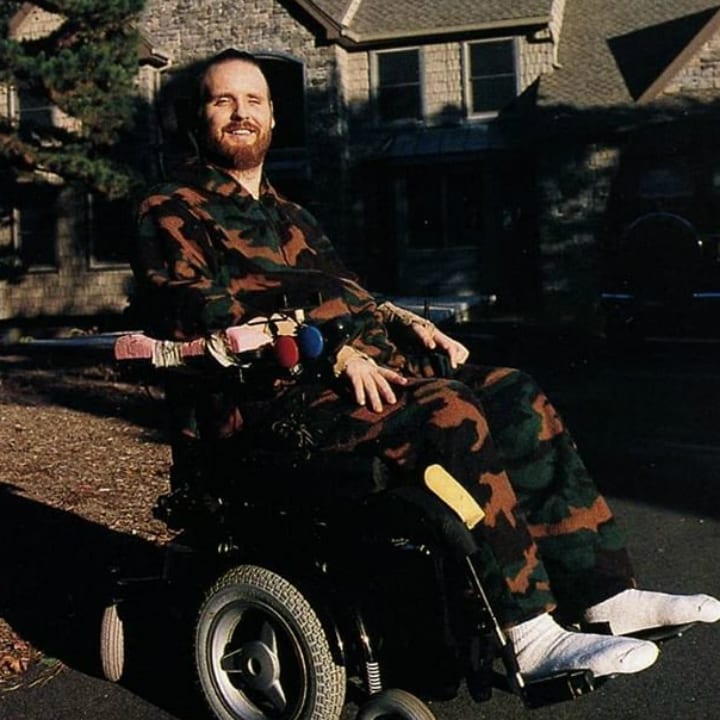 This must be why he's now a Hollywood actor.

Cena suffered a crippling torn pectoral as he took on Mr Kennedy, after he went for a Hip Toss.

Immediately, he pulled up after it went wrong, clutching his chest.

In fact, you could see the torn pec muscle hanging off his chest, it was THAT bad.

Cena missed several months of WWE action because of the injury. 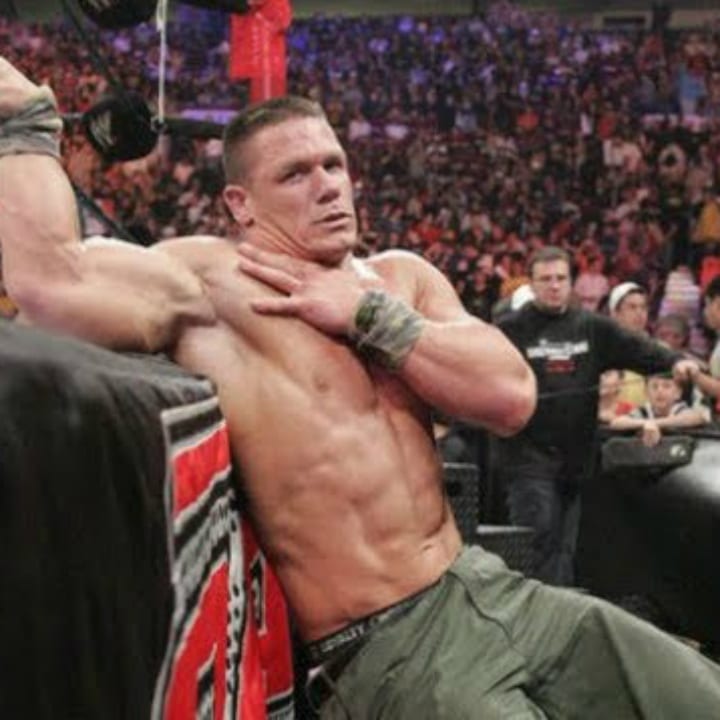 One of half of The Bella Twins, Nikki formerly announced her retirement in 2019.

After years of punishment on her body, enough was enough.

The biggest issue she had was a herniated disc behind her vertebrae, more commonly known as a broken neck. 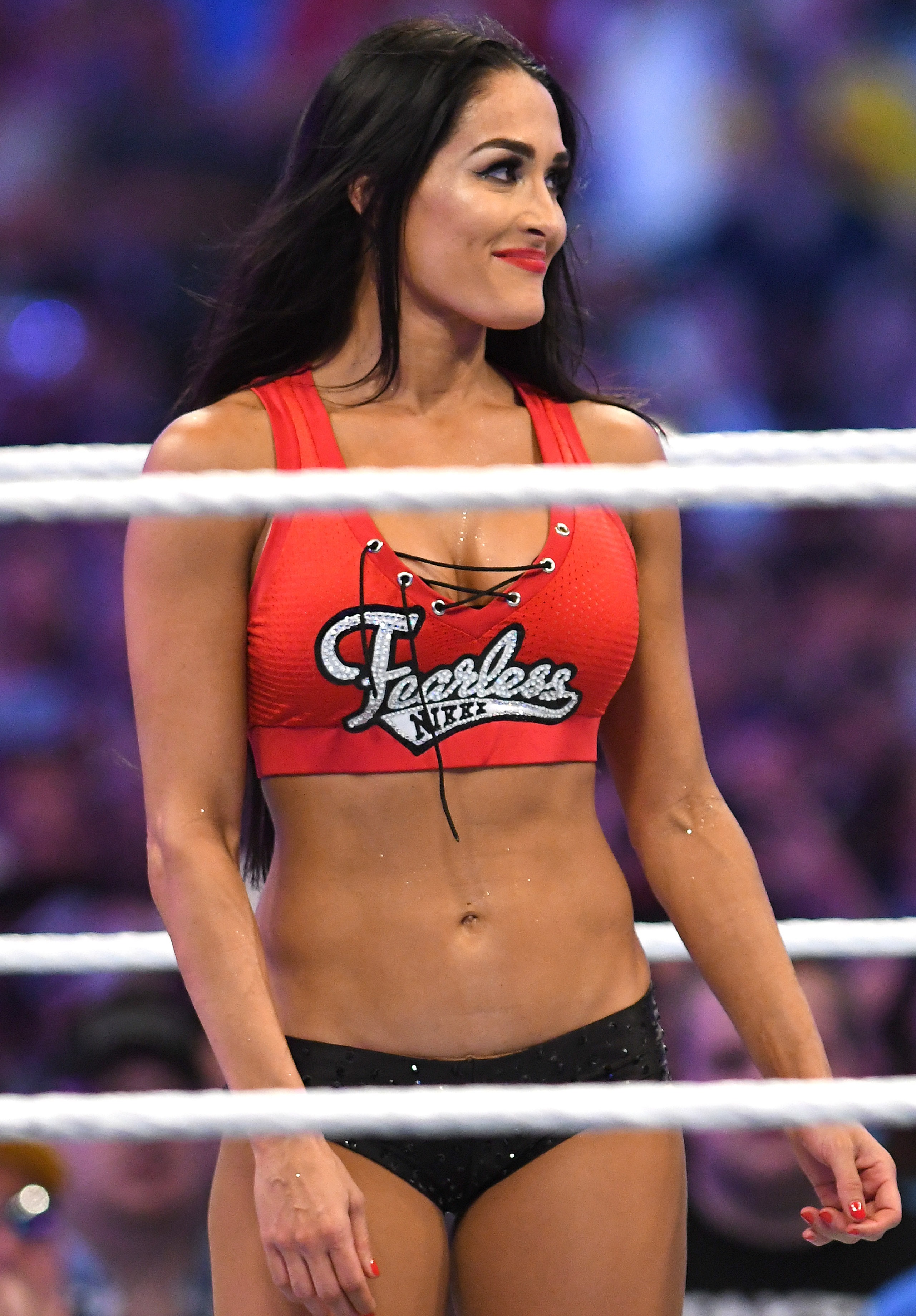 That, and a brain cyst, meant her days in the ring were over.

"I herniated the disk above where I had surgery, I have all this inflammation around the metal, and then I have a cyst on my brain," Nikki revealed on The Tonight Show with Jimmy Fallon.