Located in the western US, Yellowstone National Park spans across the states of Wyoming, Montana and Idaho and is also home to the ominous Yellowstone volcano. The caldera gets its nickname as a supervolcano due to its ability to inflict devastation on a global level, but an eruption of that kind has not occurred in more than 640,000 years. While the park is constantly monitored by the United States Geological Survey (USGS) for any signs that an eruption is on its way, it is also popular among tourists for its wildlife and unique geological features.

Thousands chose to visit the park for hiking, camping boating, fishing and sightseeing, but on the evening of August 17, 1959, nature reminded them it can be a terrifying force during the Hebgen Lake earthquake.

Historian Larry Morris recalled the accounts of those caught in the middle of the disaster in his book ‘The 1959 Yellowstone Earthquake Disaster’. 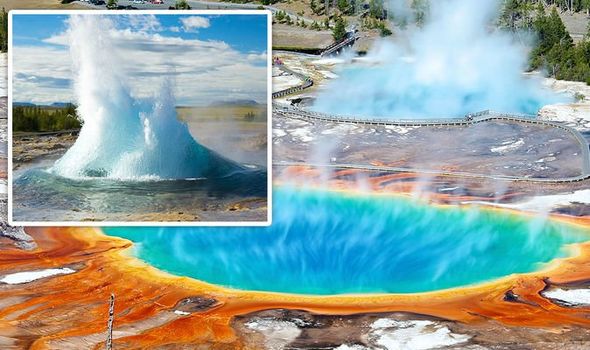 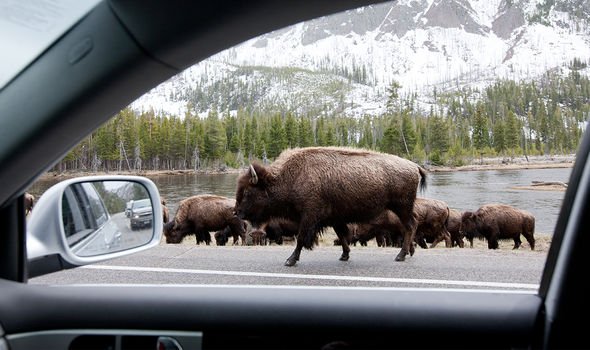 “‘I saw the whole mountain crumbling. It was awful.

“‘I saw a lot of fighting during World War 2, but I never heard such a roar.’”

According to the text, another survivor said: “The roar sounded like the end of the world.”

Mr Morris went on to detail how one of the campers came inches from death.

He added: “Camping out in Montana’s Madison River Canyon, Irene and Purley (Pud) Bennett and their four children had settled just a few hours earlier, gazing up at a spectacular full Moon as they drifted asleep.

“Then Irene and Pud woke up to an ‘incredible rumbling sound’. 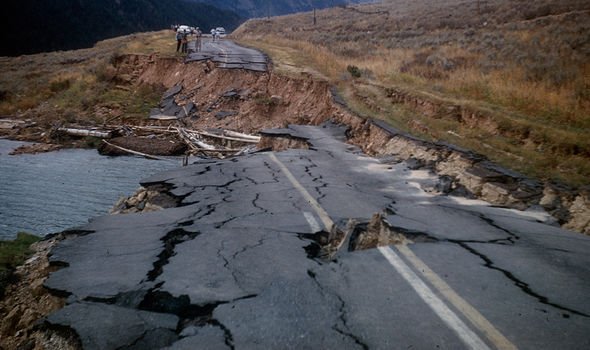 “Pud yelled ‘what’s happening?’ He stood up but was caught in the maelstrom of wind, rocks and water.

“Grasping a sapling, he tried to hold on. That was the last thing he remembered.”

Thankfully Mr Purley was saved by emergency workers who responded to the devastation and evacuated to safety.

Mildred Greene was also in the park on that dreaded night and her family were among the ones camped closest to the landslide.

When the Madison River was displaced, a huge wall of muddy water and debris swept over their campsite.

Their tent was half-buried, but her husband Ray managed to grab the hand of their son Steve and rescue him just in time. 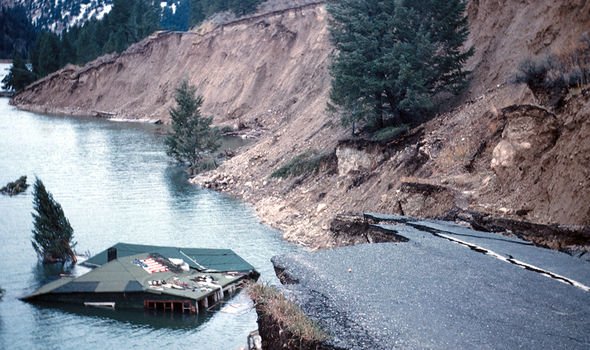 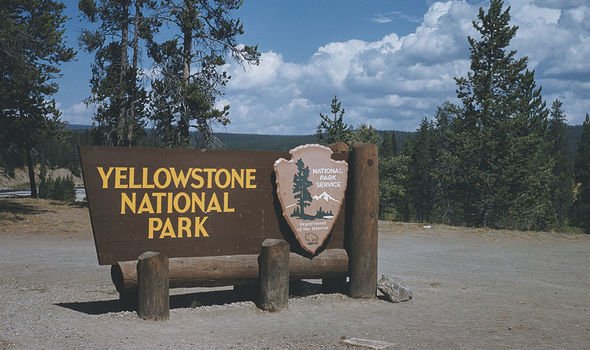 A trained nurse, Ms Greene said in 2009: “I was the luckiest person there.

“I was busy, I didn’t have to worry about what had happened or what was going to happen.”

After three weeks the damned river created a lake more than 50 metres deep which now covers an area five miles long and a third of a mile wide.

Today, tourists to the area can stop by the Earthquake Lake Visitor Centre, which is situated 27 miles north of West Yellowstone to relive the horrors from more than half a century ago.

‘The 1959 Yellowstone Earthquake Disaster’ was published by The History Press in 2016 and is available to buy here.