The caldera inside Yellowstone National Park is dubbed a supervolcano due to its capacity to inflict global devastation in the event of a supereruption. It was formed during the last three big events over the past 2.1 million years, with the most recent Lava Creek eruption occurring approximately 630,000 years ago. Located beneath the states of Wyoming, Montana and Idaho, the area is constantly monitored by the USGS (United States Geological Survey) for signs that history could repeat itself.

Dr Poland said: “The Yellowstone system is composed of multiple magma chambers. We have this mantle melting anomaly deep beneath the surface.

“But there’s a couple of magma chambers that this melting anomaly feeds.

“One is quite deep, 15 miles or so beneath the surface, and it’s full of very low viscosity magma called basalt. 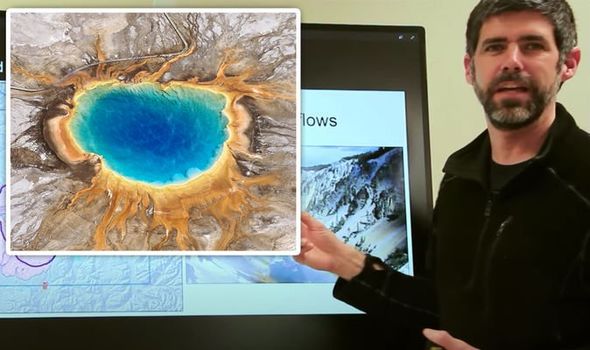 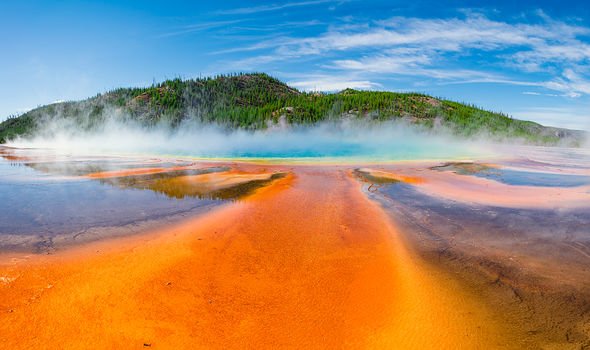 “That’s the kind of thing that erupts from Hawaii, low viscosity, it flows very easily.

“In turn, that basaltic magma body feeds a higher-level reservoir of rhyolite – a sticky magma, prone to be more explosive, and this sits about three miles beneath the surface in parts of Yellowstone.”

But Dr Poland went on to explain how these chambers are not thought to be full of molten rock.

He added: “But don’t think of these as gigantic magma bodies that are just full of roiling, boiling liquid material. 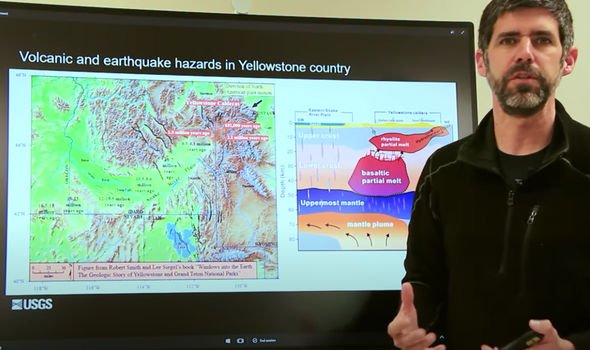 “It’s a mushy plastic-y zone with little bits of melt in the middle.

“That’s what the Yellowstone magma system looks like, and this is what drives the hazards in the region.

“Now, of course, the most well-known hazard are the big explosions, that’s what everyone talks about.”

Dr Poland sent a warning about the capabilities of Yellowstone in the event of a supereruption.

He said: “Everyone knows about the giant world-ending explosions.

“They are very big explosions, not end-of-the-world events, but there have been a few of these that have happened in the last two million years. 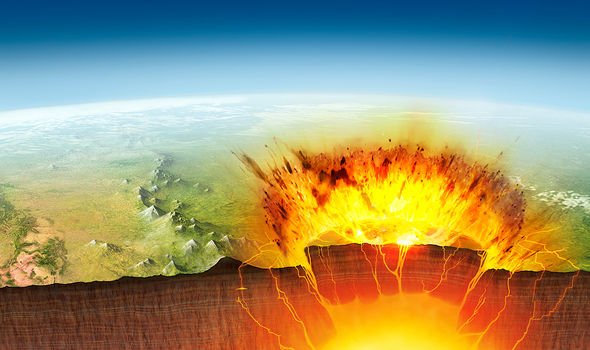 “If that size of thing happened today, it would be very devastating to the central part of the US.

“We’ve done simulations on how ash would fall and ash would blanket much of the US, this is probably what happened when this caldera first formed 631,000 years ago.”

However, the expert detailed the kind of eruption that is more likely to be seen. 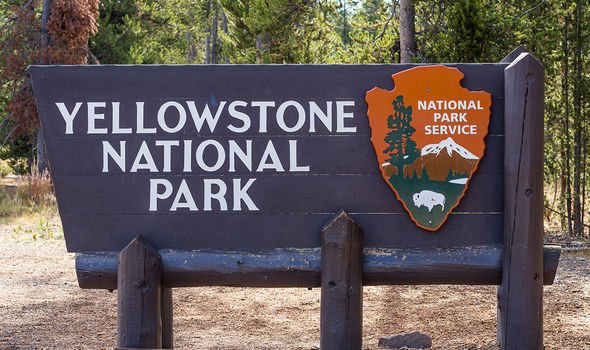 He continued: “But the chances of this sort of event are very remote, they occur once or twice every million years.

“The interval between these things, there’s over 700,000 years between events.

“What happens more often are lava flows. Since the last big Yellowstone explosion, 631,000 years ago, there have been about two dozen lava flows, and you can see them here in these different colours.

“We had these orange bits of lava come out, and then there was another pulse of activity that occurred about 170,000 years ago to 70,000 years ago, that gave us all of this pink [shaded] lava here.”