Yolanda Hadid is ready to be a grandmother! Gigi Hadid’s mother confirmed that the model and boyfriend Zayn Malik are expecting their first child together.

“Of course we are so excited,” Yolanda, 56, told Dutch publication RTL Boulevard on Wednesday, April 29. “I’m excited to become a Oma in September especially after I lost my mom so recently. But this is the beauty of life, one soul leaves us and a new one comes in. We feel very blessed.”

Us Weekly confirmed on Tuesday, April 28, that Gigi, 25, and Malik, 27, are expecting a baby girl. “Gigi is pregnant and she and Zayn are so in love,” a source told Us. 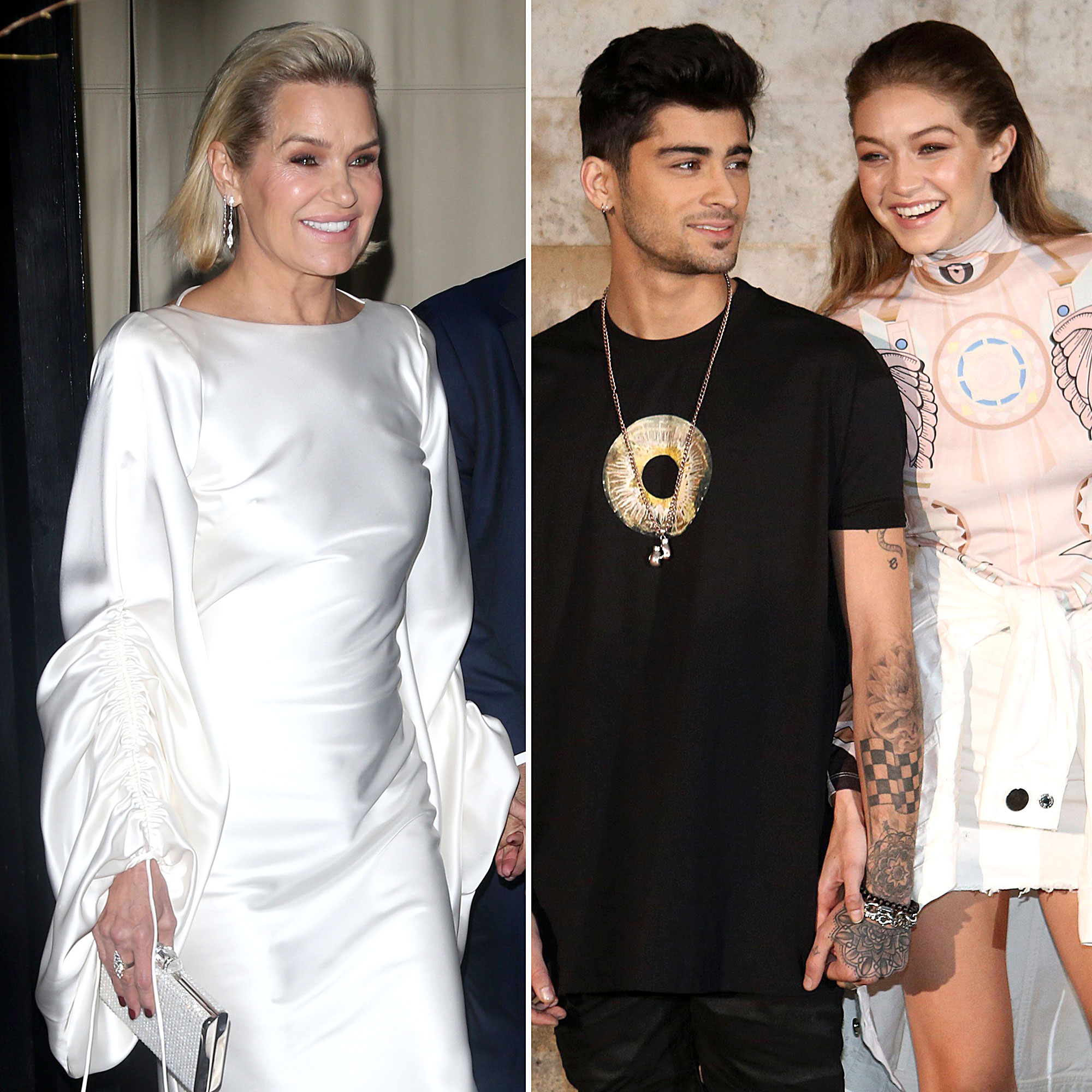 According to a second insider, the Tommy Hilfiger designer has “always wanted to start a family” with the former One Direction member.

“It’s clear that he and Gigi have such a strong connection and so much love for each other,” the insider said.

Us broke the news in 2015 that Gigi and Malik started dating. While their relationship was on-and-off for years, Us confirmed that they were back on in January.

“They got back together very recently,” a source told Us earlier this year. “They have been trying to make it work for three months.”

Yolanda, meanwhile, mourned the loss of her mother, Ans van den Herik, in September 2019. The Real Housewives of Beverly Hill’s alum’s mom died at the age of 78 after battling cancer several times.

While Gigi brought then-boyfriend Tyler Cameron to the funeral in the Netherlands, their romance was short-lived. The Bachelorette alum reacted to the news of Gigi’s pregnancy via Instagram Live on Wednesday after fans flooded the comments section with remarks about fatherhood.

“Y’all are wrong in the comments,” Cameron quipped with a laugh. “Y’all are terrible.”

A source later told Us that the reality TV personality wasn’t responding to comments about the paternity of Gigi’s child.

“He didn’t mean ‘wrong’ literally. He meant, ‘Y’all are messed up for even saying that,’” the insider said. “It’s slang. Obviously he isn’t the father.”