Home » Lifestyle » You might need a splash of Mauritius magic after we get through this!

You might need a splash of Mauritius magic after we get through this!

You might need a splash of Mauritius magic after we get through all this!

Mark Twain can often be relied upon to come up with a punchy quote. ‘Mauritius was made first and then heaven; and heaven was copied after Mauritius,’ he wrote on a visit in 1896.

In fact, he was quoting an islander, after noticing that they didn’t ask him what he thought of their beautiful home, but instead explained the natural order as they saw it. It’s still a very special place.

The whole island is protected by one of the largest coral reefs in the world. This makes the sea so calm that it’s easy to forget you’re in the middle of the south-western Indian Ocean. 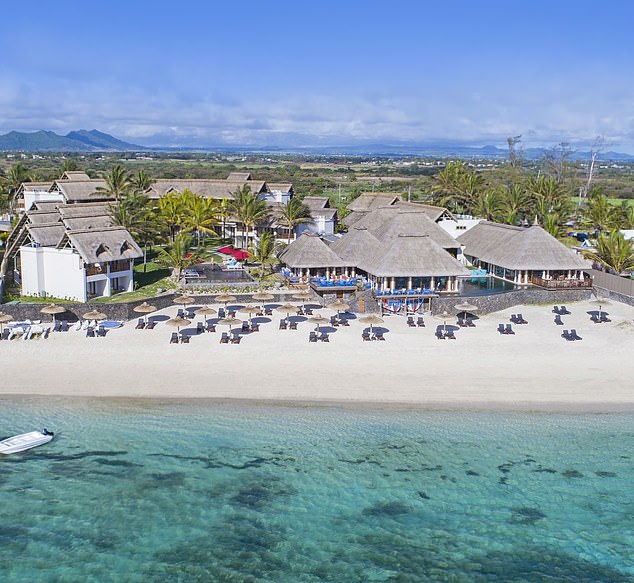 Swish hotels have bagged broad beachfront spots to make the most of this natural wonder.

But for something more laid back, the refurbished C Mauritius on Palmar Beach, on the island’s east coast, is a delight, set in the middle of a mile-and-a-half of soft, sandy beach that curves gently into the aquamarine lagoon.

Our rustic room looked on to the sea over a small, lush garden, where bright red cardinals busied themselves in the palm leaves.

The hotel’s name, C, is confusing — guests are called C-kers, which looks like a word that’s been asterisked out for civility. And C calls itself ‘nature’s playground, a place to rediscover your inner child’. Eek!

The C Mauritius has an outdoor gym, adult-size swings and beach games

But don’t worry, this means simple pleasures, such as an outdoor gym, adult-size swings and beach games (I saw plenty of cheery staff playing boules and table football with guests).

Sadly, my boyfriend refused point-blank to have anything to do with a couple’s massage. We kayaked instead, though we were warned not to glide over to inspect the coral reef where the water breaks, due to a strong current.

And we took a ‘C-trek’ hike up the Grand Ravine, where we came across herds of deer and gazed at giant volcanic mole hills below. On the way, our guide told us about the French pirate Olivier Levasseur, who ruled the waves in the first half of the 18th century.

When he was sentenced to meet his grisly end in Reunion — a tiny island 140 miles from here — he threw into the crowd a cryptogram which revealed where he stashed his treasure. It’s said the loot is still missing…