Arguably, the most captivating part of Netflix’s smash-hit Outer Banks isn’t the case of John B’s missing father, or the millions in sunken treasure, or even any of the (many) romances; it’s the setting itself. The Outer Banks, as the show describes it, is a gorgeous, sun-washed “paradise on earth” where socioeconomic status automatically tosses its inhabitants into one of two groups: the working-class Pogues or the coddled Kooks. The Kooks live in enormous estates, while the Pogues maintain the docks, restaurants, country clubs, and shacks along the beach. Everywhere you look, there’s beauty. But—as you’d expect from any teen drama worth its salt—there’s also danger. 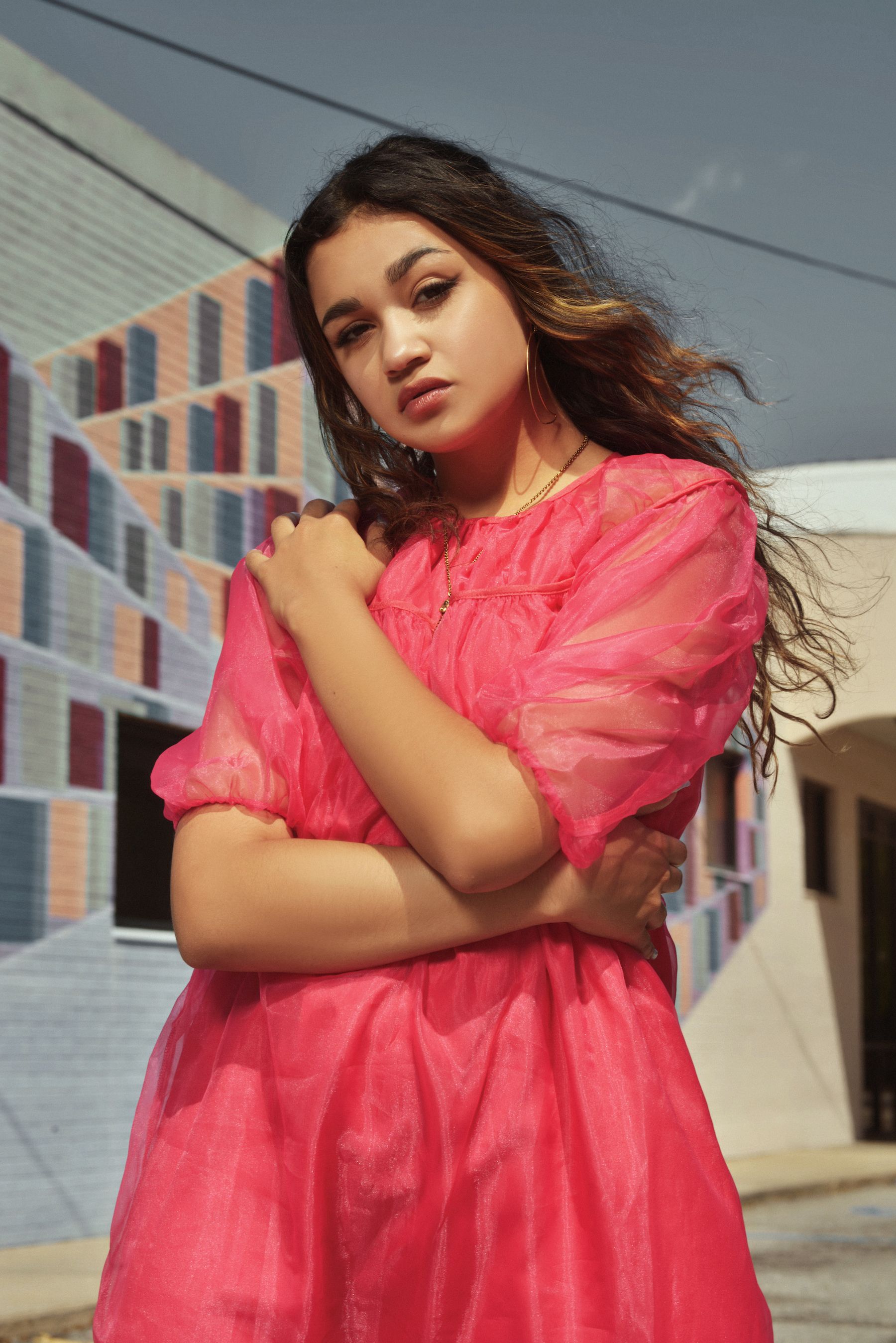 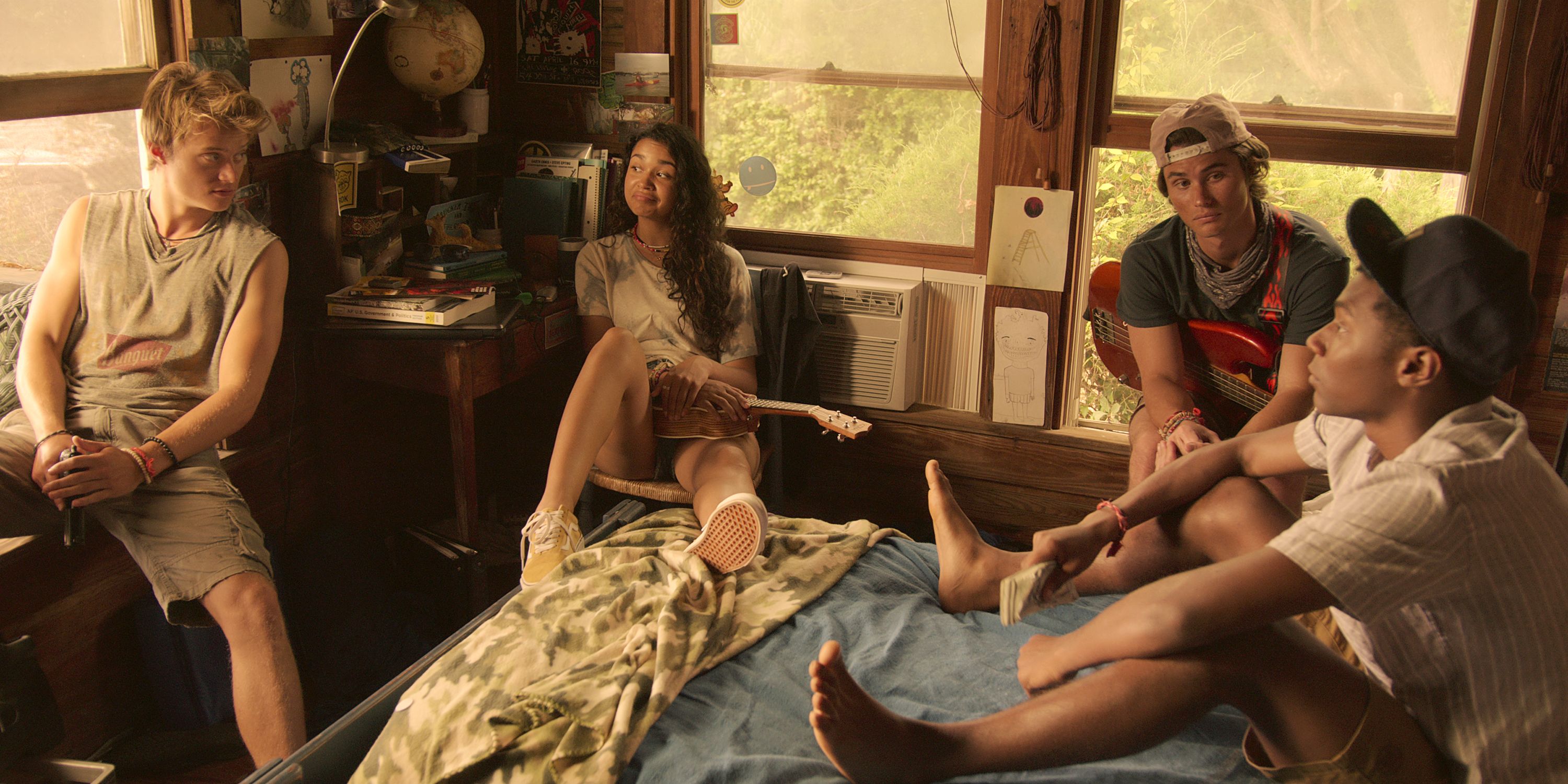 The irony is, of course, that Outer Banks didn’t actually film any of its scenes in the real Outer Banks region of North Carolina. Why? Because of the state’s House Bill 2 legislation, a.k.a. the “bathroom law,” which requires transgender people to use bathrooms designated for the sex they were assigned at birth. Netflix, which prides itself on pro-LGBTQ content and policies, didn’t want to film in an area where a discriminatory policy had such an effect. So the cast and crew moved their operation to Charleston, South Carolina, scouting locations to make the town look like the real Outer Banks.

There’s debate over whether they succeeded or failed in replicating the Carolina region, but one thing’s for sure: The cinematography is stunning. Watching the roaring waves and swaying trees, you feel immediately transported to the salt and sweat of the beach. But if you’re looking for a little more where that came from, take a virtual tour of the set. Here’s how (and where) Outer Banks came alive.

If you’re watching any scene involving the Pogues on a boat, chances are good you’ll catch a glimpse of the quaint waterside boardwalk called Shem Creek in Mount Pleasant, part of Charleston County. It’s an excellent spot to catch some rays while watching shrimping boats float in and out of the harbor. 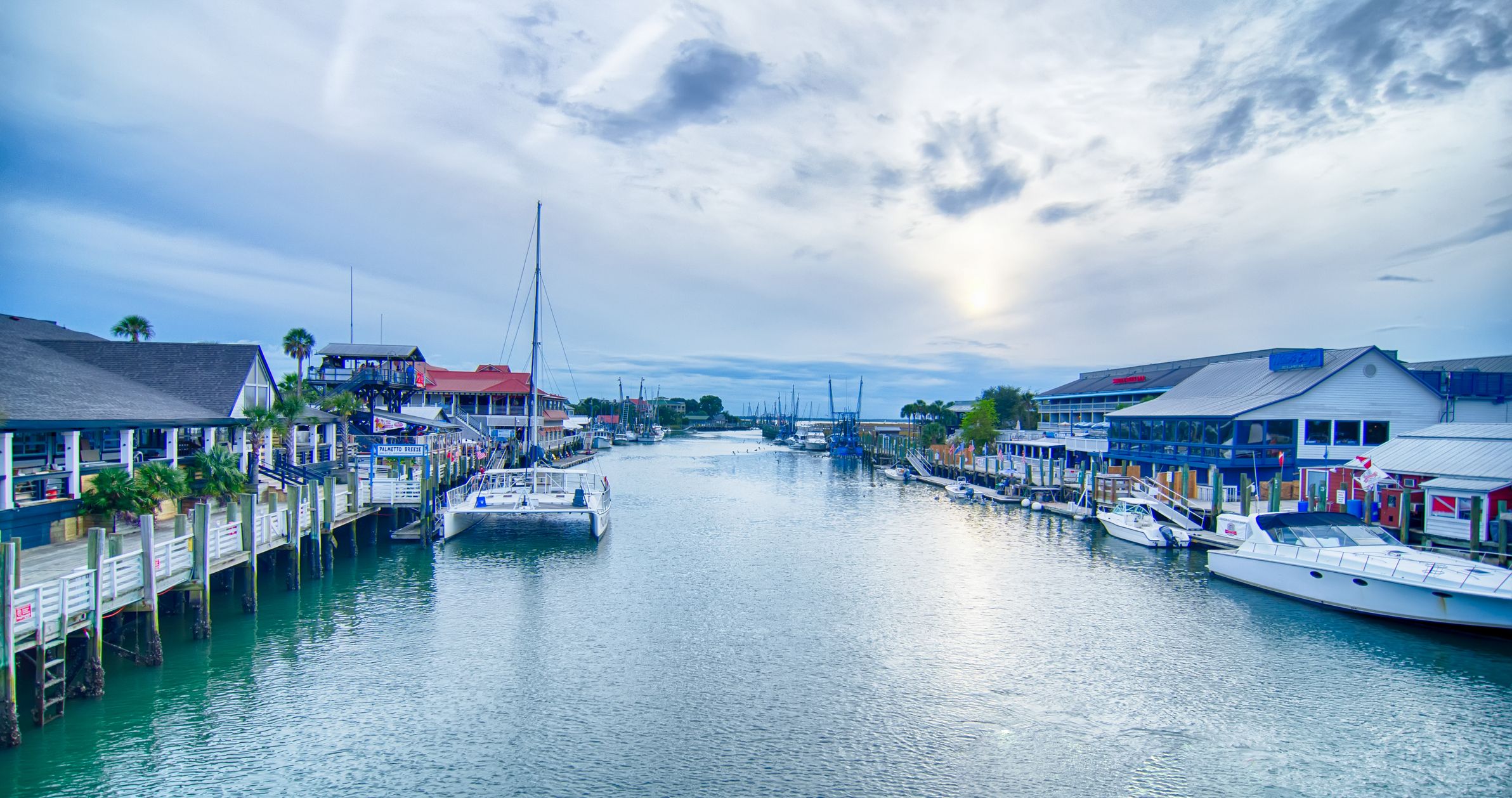 According to the Post and Courier, Charleston’s local newspaper, select scenes were filmed along Pitt Street, which is part of Mount Pleasant’s Old Village and includes this quaint causeway. It’s a definite must-walk if you’re scouting for the traditional blend of fresh air and Southern charm. 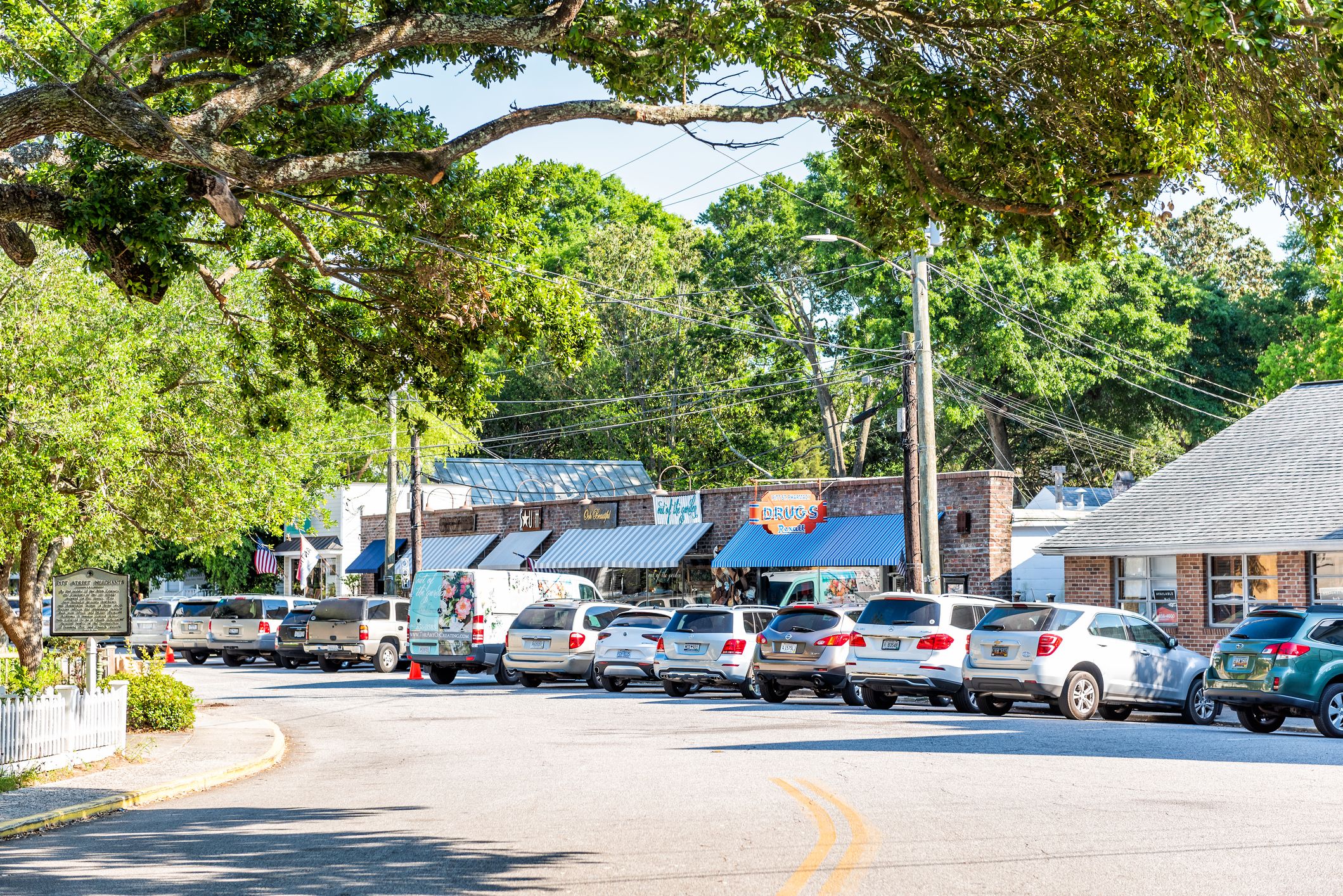 Several of the nighttime beach scenes were filmed on Hunting Island, making it the likely location of the Boneyard, where Pogues, Kooks, and tourists come together to party and, apparently, hook up. This is also where Topper and JJ get into that fateful drunken brawl that nearly results in murder because … drama, I guess? 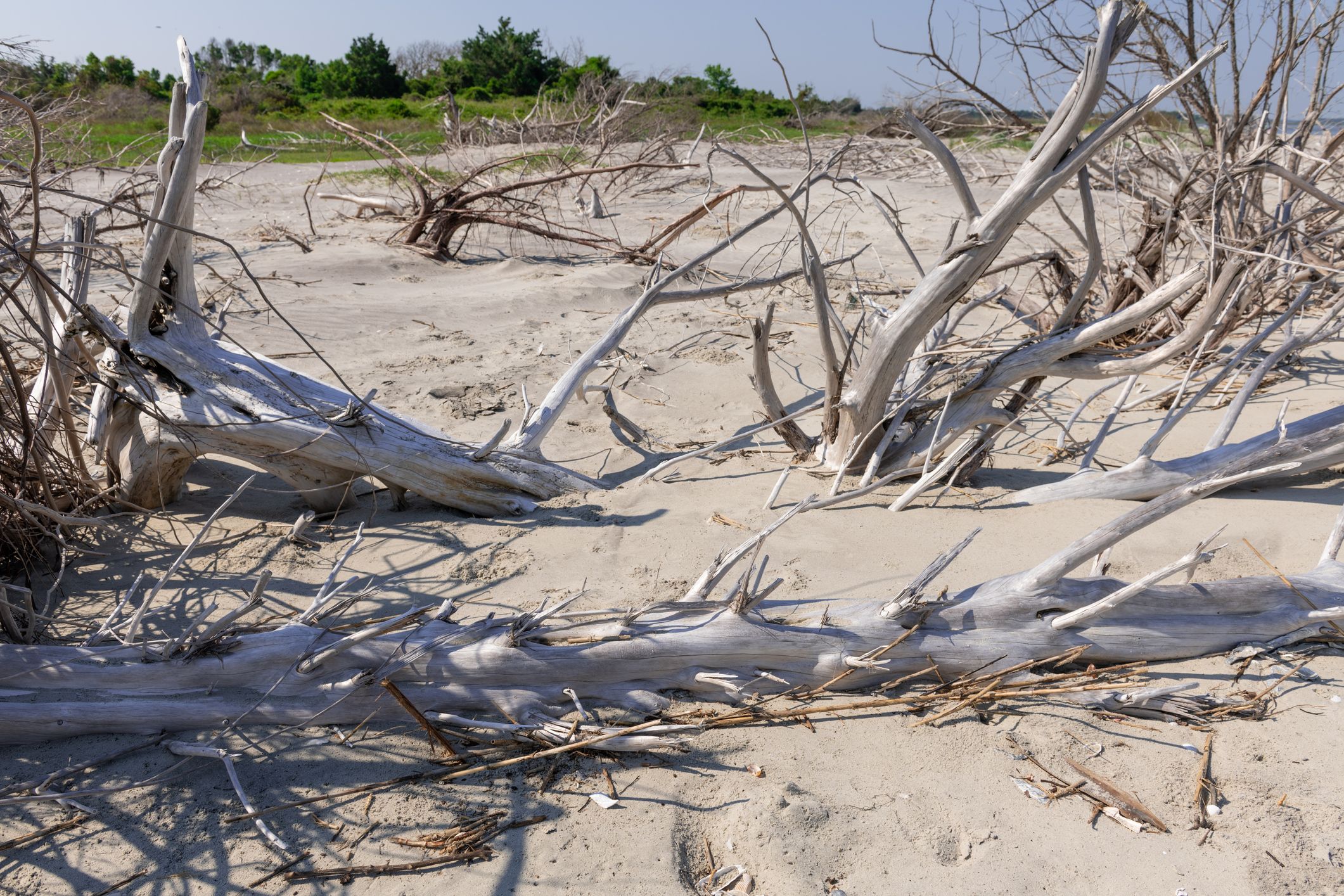 When the Pogue crew discover the “Redfield” clue on the compass John B’s father left for him in the boat wreck, John B and Kiara head to Redfield Lighthouse. The old cast-iron structure is actually the Hunting Island Lighthouse, originally built in 1859 and reconstructed after the Civil War. If you’re looking for one of the best views in South Carolina, you can climb up to the top for an admission price of $2. 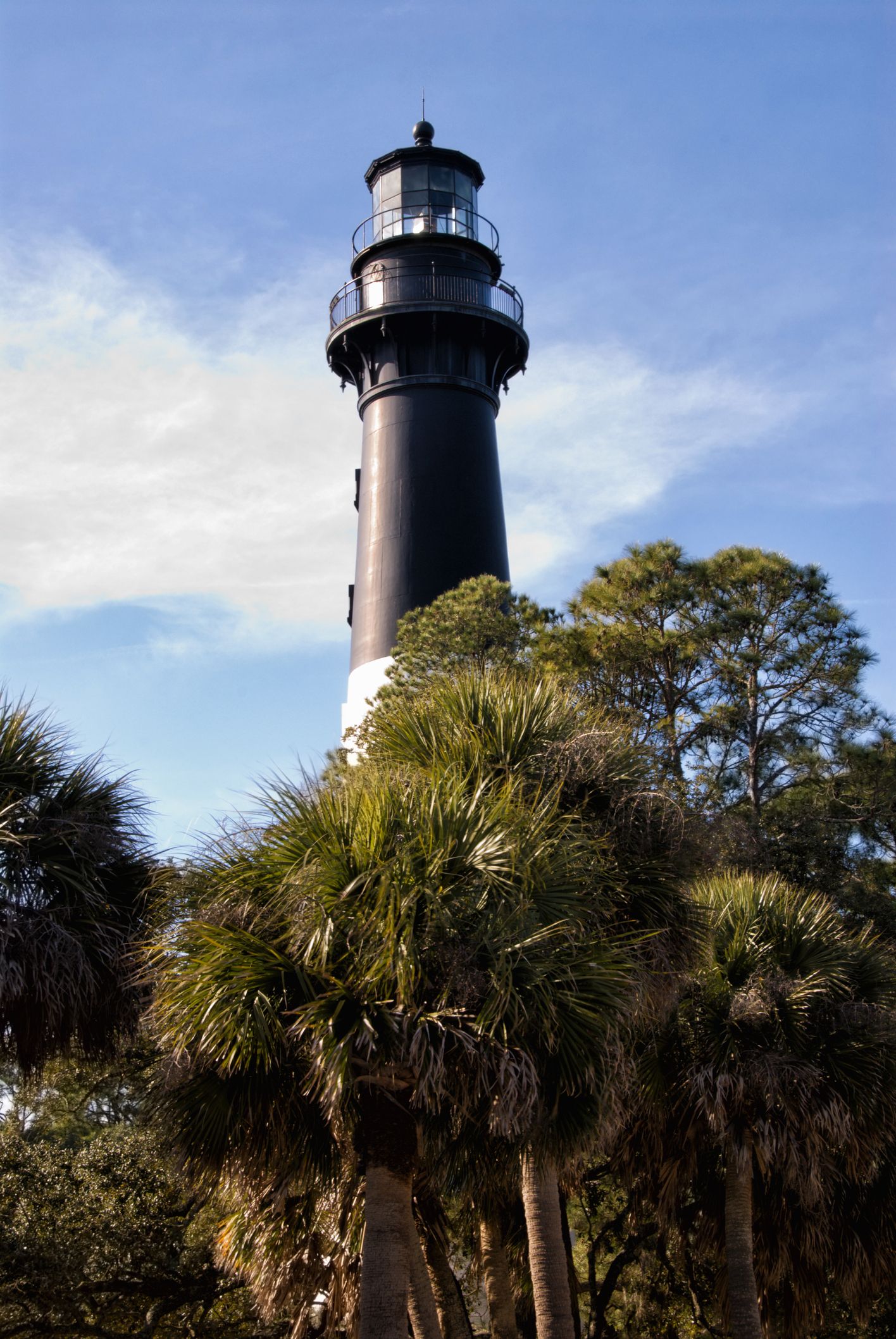 The Wreck of the Richard and Charlene

Kiara works at a restaurant referred to as The Wreck, which is actually a real establishment in Mount Pleasant. (You get a glimpse of this back porch when John B chases Kiara down and apologizes for kissing her.) If you’re looking for grub while in town, choose from classic plates of Southern comfort, including fried shrimp, hush puppies, fried green tomatoes, clam chowder, oysters, grouper, and, of course, banana pudding.

Tanneyhill Plantation, home of Sarah Cameron and her family, practically drips old Southern wealth. That’s not exactly a surprise, given that, in Outer Banks, it’s the previous home of the fictional Denmark Tanney, a former slave who discovered gold while captaining the Royal Merchant. But in real life, the estate is a wedding and events venue, first built in 1786 and now listed on the National Register of Historic Places. This photo was captured by Lauren Myers Photography, but you can see many more images on the Lowndes Grove website. 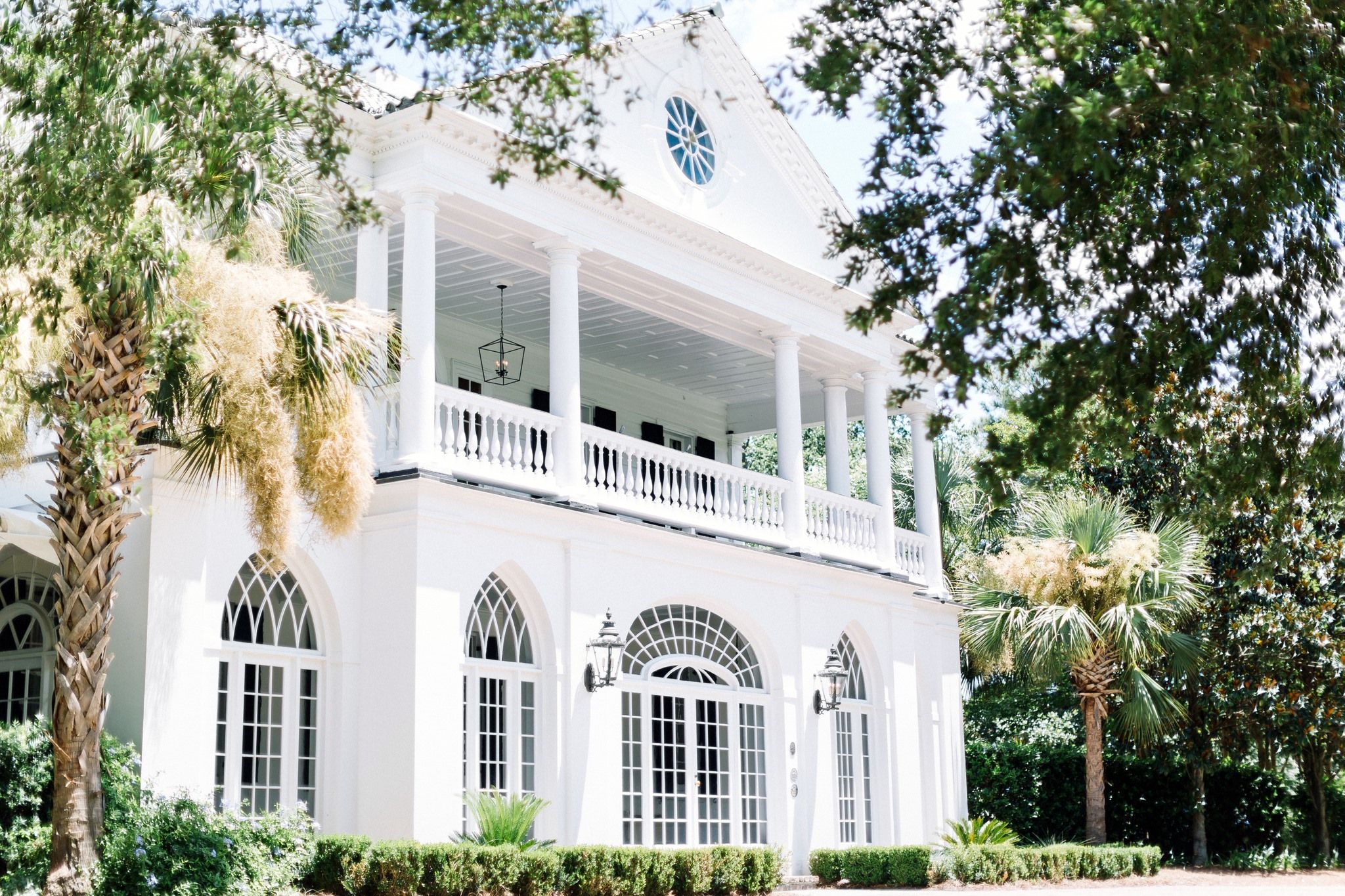 Making appearances in both the trailer and select shots throughout the series—including the marsh boat chase in Episode 1—is the Morris Island Lighthouse, which pokes out above the waves around Charleston Harbor. The original tower was built in 1767, but you can tour the reconstructed version for $47. 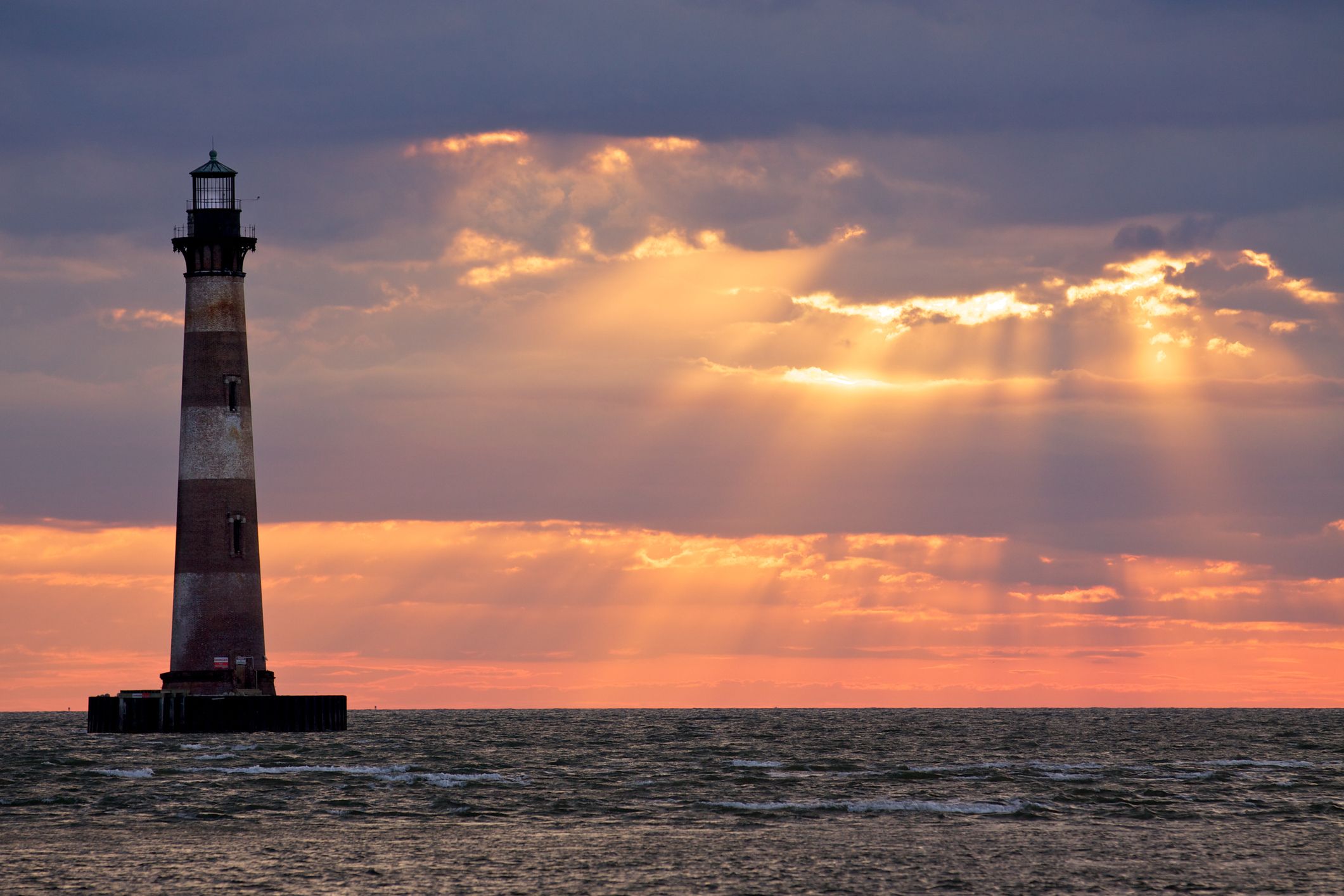 Head to this iconic vacation spot if you’re hoping to re-create the magic of Midsummers. The ball was filmed here at The Ocean Course Clubhouse on the Kiawah Island Golf Resort. Really want to go all out? Plan your trip for 2021—the PGA Tour will be in town, hosting its annual competition on this very course. 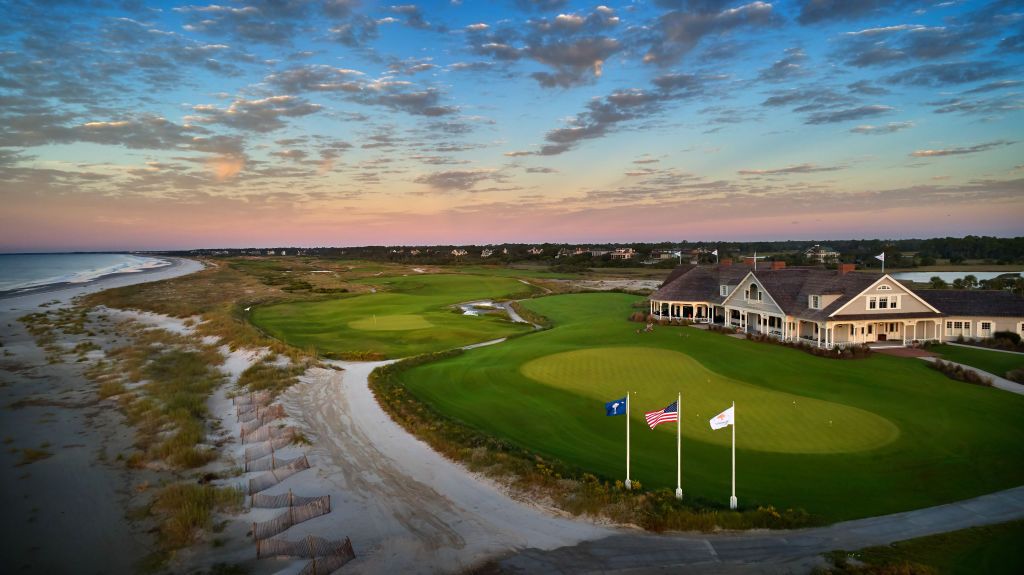 Not all scenes were filmed on public property, so you might have some trouble tracking down the exact location of your favorite characters’ homes. But Internet sleuths have deduced that John B’s house, where the Pogues stake their claim, is probably situated on James Island, where the Post and Courier reported a “beach shack” was used. 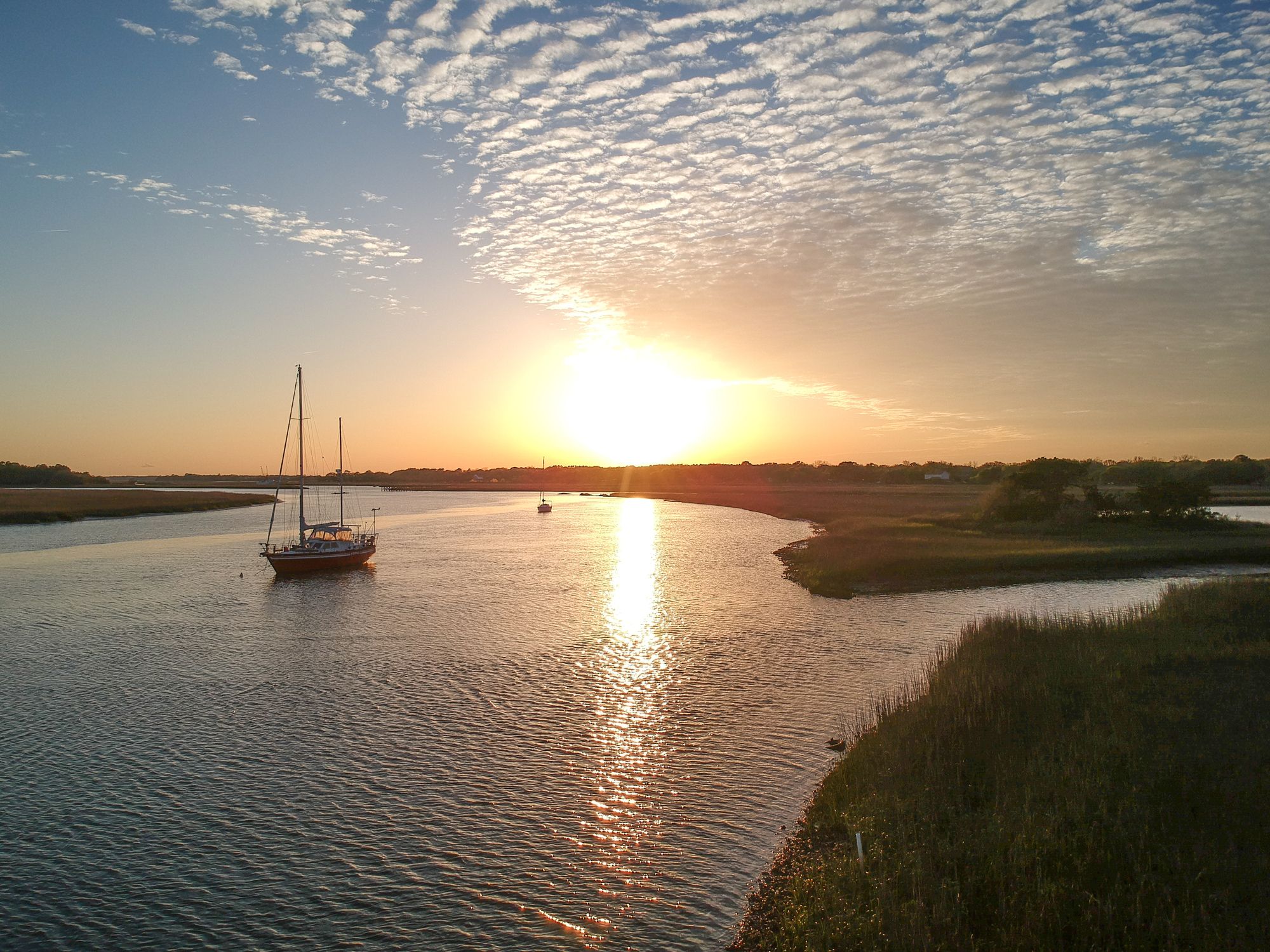 That outdoor movie scene in Episode 4 was captured on the verdant lawn of the Dunes West Golf and River Club. You’ll need a membership to enter, so don’t expect any picnics without paying a price. But you can always scan through moments from the Outer Banks set that were captured on the club’s Facebook page.

A post shared by Dunes West Golf and River Club (@duneswestgolfandriverclub) on Mar 8, 2018 at 8:23am PST