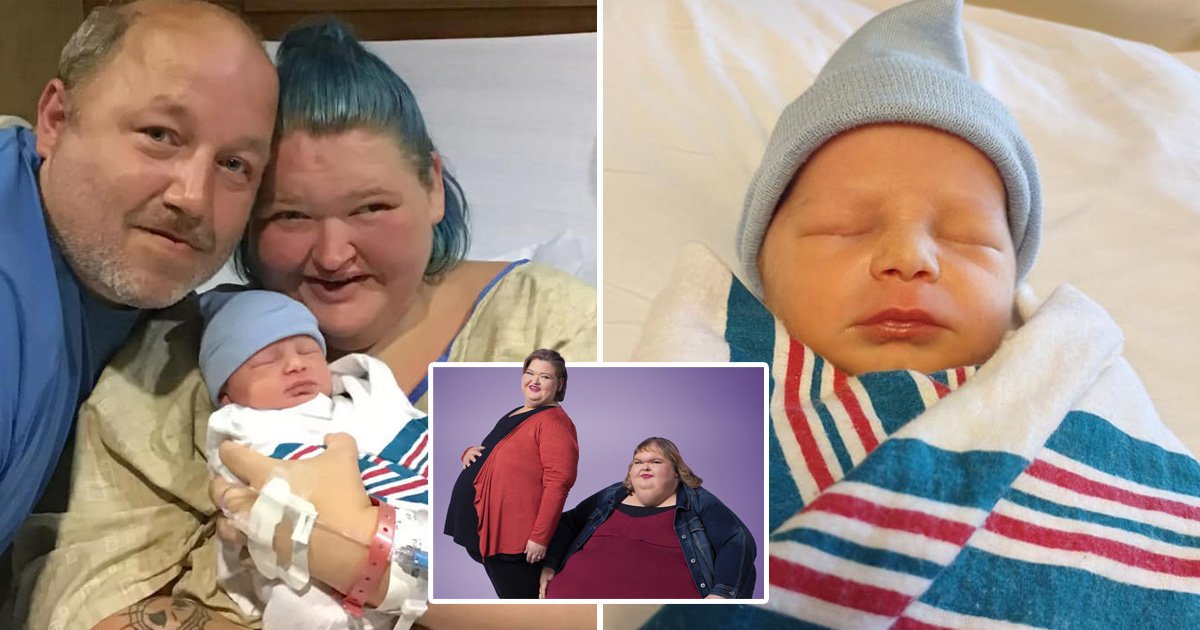 1000-Ib Sisters star Amy Slaton has given birth to her second baby.

The TV star and her husband Michael already share son Gage Deon Halterman, who was born in November 2020.

Now, they are a family of four after she welcomed second child Glenn Allen Halterman via c-section on July 5.

Glenn weighed just 5lbs 11oz when he was born and measured a tiny 17.5inches.

Amy, 34, confirmed their happy news with a sweet collection of Instagram pictures, with both the new mum and dad completely overjoyed.

One photo shows the parents cradling Glenn as Amy sits in the hospital bed, while others capture him meeting his big brother for the first time.

Baby Glenn already boasts an impressive head of brunette hair, which the mum-of-two later covered with a cute blue hat.

Speaking with People following their arrival, Amy described the delivery as ‘a huge success,’ declaring: ‘Our family is complete!’

Amy’s pregnancy and experiences with motherhood have been documented for the 1000-Ib Sisters reality show, so fans can get learn more when the TLC programme returns for its fourth season.

This won’t be the first time she’s documented the ups and downs of life as a new parent, having previously allowed cameras inside her pregnancy with her first son.

She opened up on the show about all the emotions she felt after meeting Gage for the first time, describing him as a ‘miracle.’

‘Looking at Gage, I just see his whole future basically, as he’s going off to college,’ she shared following his birth.

‘It’s emotional. You can’t really talk about [it] because you just love him so much you don’t have words to explain how much you love him.’

Gaga also arrived via c-section, leaving Amy in disbelief at how tiny he was when he was born

‘Holding Gage for the first time felt surreal. My heart just melted. He was so perfect. His little fingers, his toes,’ she shared in a confessional.

‘Yeah, I made this little ball of joy,’ she chuckled.

1000-lb Sisters airs on TLC in the US, while it is available to stream on Discovery+.