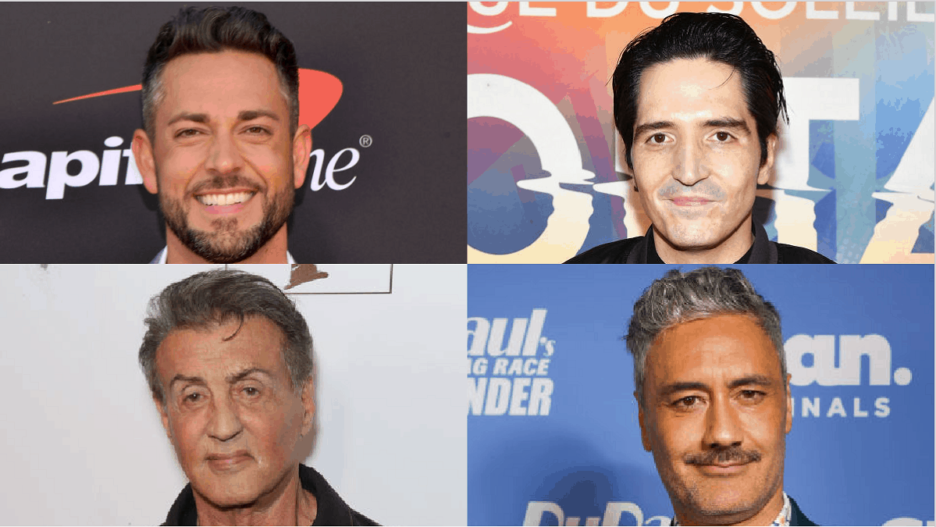 Did you see an actor in a Marvel movie, then suddenly got confused when you saw that same actor in a DC movie or vice versa? Check out our list of the actors that have been part of both universes

Levi played Fandral in “Thor: The Dark World” and then died in “Thor: Ragnarok.” Levi would rise from the dead from the supporting ranks and make it to leading man status when he headlined DC’s “SHAZAM!”

Stallone portrayed Stakar Ogord in “Guardians of the Galaxy Vol. 2.” and will next be seen voicing “King Shark” in DC’s upcoming “The Suicide Squad.”

On top of directing, Waititi played Korg in “Thor: Ragnarok,” “Avengers: Endgame” and will reprise the role in the upcoming “Thor: Love and Thunder.” On the DC side, Waititi played Thomas Kalmaku in “Green Lantern” — which we know isn’t part of the current DC movie continuity. But he will play an unknown role in “The Suicide Squad” and that counts.

Dastmalchian played Kurt in “Ant-Man” and “Ant-Man and the Wasp,” and will next be seen playing Abner Krill, also known as Polka-Dot Man in “The Suicide Squad.”

Keaton played Batman in the 1989 movie of the same name, and as TheWrap first exclusively reported, will reprise the role 30 years in later in “The Flash” solo film. On the Marvel side, Keaton played Adrian Toomes aka the Vulture in “Spider-Man: Homecoming.”

Elba played Heimdall in “Thor,” “Thor: The Dark World,” “Avengers: Age of Ultron,” “Thor: Ragnarok,” and got killed by Thanos in “Avengers: Infinity War.” upcoming on the DC side, Elba will play Robert Dubois aka Bloodsport in “The Suicide Squad.”

Hoover played Nova Prime’s Assistant in “Guardians of the Galaxy,” and will play Camila in “The Suicide Squad.”

Fillion voiced Monstrous Inmate in “Guardians of the Galaxy” and will play Floyd Belkin aka T.D.K. in “The Suicide Squad.”

Fishburne played Perry White in “Man of Steel” and “Batman v Superman: Dawn of Justice,” then followed that up playing Bill Foster in “Ant-Man and the Wasp.”

Kasumba played Ayo in “Captain America: Civil War,” “Black Panther,” “Avengers: Infinity War,” and “The Falcon and the Winter Soldier.” On the DC side, Kasumba played Acantha in “Wonder Woman.”

Hounsou played Korath the Pursuer in “Guardians of the Galaxy” and “Captain Marvel” and then pivoted to DC where he played the Wizard in “Shazam!” and the upcoming sequel “Shazam! Fury of the Gods.”

Agee played Gef in “Guardians of the Galaxy Vol. 2” and will play John Economos in “The Suicide Squad.”

Mosaku played Kahina Ziri in “Batman v Superman: Dawn of Justice” and currently stars as Hunter B-15 in “Loki.”

Park plays Jimmy Woo in “Ant-Man and the Wasp” and “WandaVision” and played Dr. Stephen Shin in “Aquaman.”

Simmons played J. Jonah Jameson in “Spider-Man: Far From Home” and “Spider-Man: No Way Home.” Simmons on the DC side played James Gordon in “Justice League.”