37 Worst Sitcoms of All Time: From 'Mama's Family' to 'Coupling' (Photos)

Hey, not everything can be “Seinfeld” 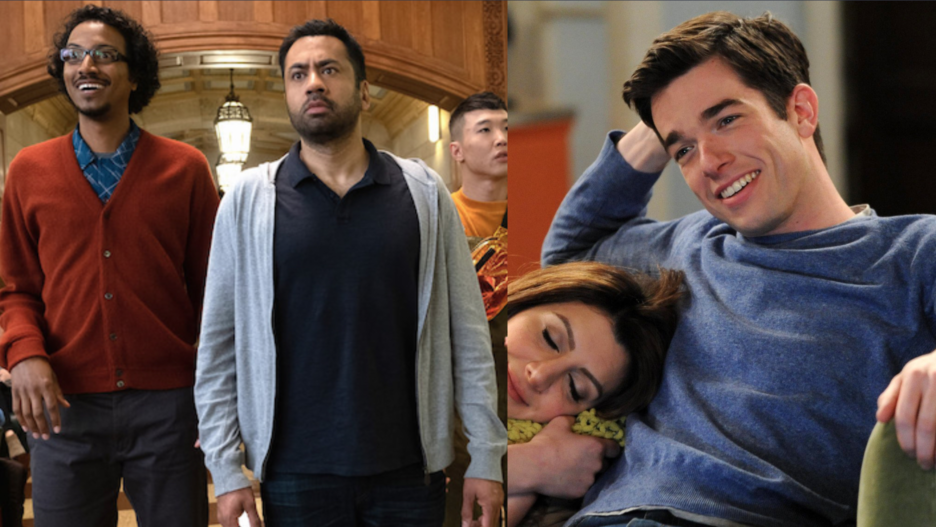 A good sitcom can make viewers forget their troubles for 22 minutes. Warning: The following list does not name any of those kinds of shows.

TheWrap dumpster-dives deep to find for you these, the 37 worst sitcoms of all time. Happy browsing!

“My Mother the Car” (1965-66)   One has to wonder what kind of Freudian therapy session must have birthed this idea: A man buys a dilapidated touring car when he discovers that it’s the reincarnation of his deceased mother, who talks to him through the radio. Maybe creator Allan Burns just needed to get this out of his system before he could make “The Mary Tyler Moore Show” and “Rhoda.”

“Mama’s Family” (1983-90)   If Tyler Perry’s Madea were an old white lady, it might look a little something like this. The show was canceled after one season on NBC but somehow managed a second life for five seasons in syndication.

“Ferris Bueller” (1990-91)   The movie on which the show was based covered one awesome day. “Ferris Bueller” the TV show wasn’t even good for that long. (And yes, that is pre-“Friends” Jennifer Aniston.)

“Homeboys in Outer Space” (1996-97)  This was the real name of a real TV show. And the title of the sci-fi sitcom is pretty much all you need to know about how “Homeboys” made our list.

“The Secret Diary of Desmond Pfeiffer” (1998)   It should have stayed a secret.

“Coupling” (American version) (2003)   As if the copied-and-pasted scripts, the complete lack of chemistry among the cast, the canned laughs and the overall below-average quality wasn’t enough to dissuade NBC execs from exporting one of the UK’s best sitcoms to America, they forgot this part: There was already an American “Coupling”; it was called “Friends.” And for proof that nobody wants below quality “Friends,” see our “Joey” slide again.

“The Hard Times of RJ Berger” (2010-11)  The nerdy title character becomes popular after his entire school accidentally sees his surprisingly large genitalia. “RJ Berger” was kind of like “Superbad,” just without the laughs.

“2 Broke Girls” (2011-17)   It’s easier to get through an episode if you imagine the characters are in a race to mention sex or body parts as many times as possible, and rack up bonus points for stereotypes.

“1600 Penn” (2012-13)   It’s not a great sign for a sitcom when the dramatic version of the show — in this case, “The West Wing” — is 10x funnier than the comedic one. Maybe we were all still in the “Book of Mormon” haze with Josh Gad and really wanted to see Bill Pullman back in the Oval Office, but that’s no excuse.

“Work It” (2012-13)   Panned by nearly every reviewer imaginable when it debuted in 2012, it seems unfathomable how “Work It” even made it on the air, until you see this part from the promos: “From the writers of ‘Friends’.” Men dressing up as women to get ahead hasn’t worked since “Bosom Buddies,” and even then it was only funny because of Tom Hanks and Peter Scolari’s chemistry.

“Cavemen” (2013)   This show was based on a GEICO Insurance commercial of all things. Let that sink in for a minute.

Yeah, there’s a reason this show didn’t even make it one season.

“The Millers” (2013-15)  In all fairness, “The Millers” isn’t necessarily terrible; it’s just terribly average. It becomes unforgivable when you remember that, before “Millers,” Greg Garcia created “Raising Hope,” one of the most delightful (and hilarious) shows in recent memory. Plus, CBS chose “Millers” over Garcia’s much better pilot, “Super Clyde,” starring Rupert Grint and Stephen Fry. Oh, the pain…

“Angel From Hell” (2016)   The sitcom from hell. The CBS series starring Jane Lynch was yanked after just five episodes.

“The Great Indoors” (2016-17)   There was nothing “great” about Joel McHale’s CBS series. Yes, we could have used the same joke had this show been called “The Pretty Good Indoors.”

“9JKL” (2017-18)   The real-life story of how creator and star Mark Feuerstein lived as an adult in apartment 9K in the building he grew up in, sandwiched between his intrusive parents’ apartment, 9J, and his brother, sister-in-law and their baby’s apartment, 9L, is cute. The TV show version was unappealing.

“Living Biblically” (2018)   Jay R. Ferguson tries to live in accordance with the Bible’s teachings as closely as possible. This show went to hell in a hand basket.

“Abby’s” centers on an ex-Marine sergeant who turns her backyard into an illicit bar. Unfortunately the last call for this NBC sitcom came after just one season.

While this former New York City Councilman found a passion in helping immigrants searching for the American Dream, “Sunnyside” had its own dream crushed after being cancelled after just one season.

“Psych” star Maggie Lawson starred in this family sitcom but apparently this show was, in fact, outmatched.