WarnerMedia-Discovery Deal: 5 Things to Know, From Jason Kilar’s Future to Why AT&T Bailed on Hollywood

Discovery and WarnerMedia are joining forces to challenge Netflix

The shocking coupling of WarnerMedia and Discovery is still reverberating throughout Hollywood Monday morning. The deal brings together two of the biggest content companies, neatly combining Discovery’s unscripted behemoth with WarnerMedia’s legacy assets like Warner Bros. and HBO in a new company with a $130 billion valuation.

In the process, the soon-to-be-renamed venture aims to be on the same playing field as Netflix and Disney as the streaming era hits warp speed.

The deal, which is expected to close in mid-2022 subject to regulatory approval, will create an entertainment juggernaut that combines Warner Bros., CNN, Turner with Discovery’s stable of nonfiction networks — as well as two competing streaming services, Discovery+ and HBO Max. It also combines WarnerMedia’s U.S. sports rights like the NBA, MLB and March Madness with Discovery international sports giant Eurosport.

Below, TheWrap breaks down the five biggest takeaways from this industry-changing deal. 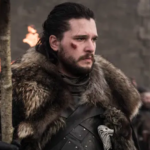 It was only three years ago that AT&T (after a two-year fight with Donald Trump’s Justice Department) closed on its $84 billion acquisition of what was then Time Warner. The idea at that time was to use those entertainment assets to build out its phone business.

But things move fast in Hollywood in the streaming era.

The pairing got off to an unglamorous start, with the departures of longtime HBO CEO Richard Plepler and Turner president David Levy shortly after the takeover. And last year’s launch of the HBO Max streaming service got off to relatively slow start, racking up just 44 million subscribers (including legacy HBO subscribers) by the end of March 2021.

The new company will initially have $55 billion in debt, Zaslav said in a press conference with AT&T CEO John Stankey following the announcement, but be better positioned to manage that debt going forward than the telecom giant was. Zaslav said the new company would also have $8 billion in free cash flow to help pay down that debt while also leaving room for expansion and strategic investment. 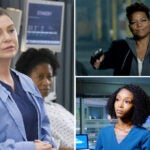 Since taking over as CEO last summer, John Stankey has run in the complete opposite direction as Randall Stephenson, his predecessor who finally retired earlier this year. Stephenson’s tenure was marked by expansion with the purchases of not only Time Warner in 2018 but also DirecTV back in 2015. That $49 billion deal proved to be disastrous as almost immediately after the pay-TV bundle started its irreversible decline. In February, AT&T spun off DirecTV and its other video assets in a $7.8 billion deal with TPG Capital.

It appears that Stankey has realized AT&T is first and foremost a telecom company.

3. Will this force NBCU and ViacomCBS to bulk up?

The combination of Discovery and WarnerMedia immediately makes it one of the largest media companies in Hollywood, dwarfed only by Disney (which made a similar blockbuster acquistition of 21st Century Fox assets in 2019).

Together, WarnerMedia and Discovery garnered more than $41 billion in ad sales in 2020, with an operating profit above $10 billion. The combined company’s anticipated 2023 revenue is $52 billion, with $15 billion expected from direct-to-consumer revenue.

Hollywood’s streaming era is quickly becoming a scale game. Will force other content power players like NBCUniversal and Viacom to search for more assets to grab? It wouldn’t be a surprise to think that A+E Networks and Sony, two of the largest fully independent content creators, are catching some attention right about now.

4. What happens to HBO Max and Discovery+?

A year ago, neither of the two streaming services at the heart of this deal even existed. Now they’re streaming step-siblings.

HBO Max and Discovery+ are two of the many newcomers in the streaming era, though neither has had as sizzling a start as Disney+. Combined with HBO, HBO Max has accumulated over 44 million subscribers, adding 2.7 million this past quarter, and is set to roll out its cheaper, ad-supported option in June. It will also be launched internationally at that time as well.

Discovery+, meanwhile, has accumulated 13 million subscribers since its January launch with its offering of unscripted original programming as well as streaming on-demand of hit shows on the companies’ networks like “Fixer Upper” and “Deadliest Catch.”

The company could bundle the two in the same way Disney offers a discount for those who buy all three of its streaming services: Disney+, ESPN+ and Hulu. Discovery’s many unscripted hits plus HBO Max’s scripted prowess (and valuable IP like Batman and “Game of Thrones”) could rival Disney+ and Netflix’s offerings.

5. How many more pink slips for an already beleaguered Hollywood workforce?

While Discovery CEO David Zaslav will run the new company, it is unclear about the fate of several top WarnerMedia executives, most importantly CEO Jason Kilar. While Zaslav offered praise for Kilar Monday morning, Stankey noted, “David has a lot of decisions to make” about personnel at the new company.

The former head of Hulu last year became the CEO of WarnerMedia and was the architect of the decision to roll out Warner Bros.’ entire 2021 film slate on HBO Max the same day each film hit theaters. Kilar’s hire also forced out two other top execs, Bob Greenblatt and Kevin Reilly, and reshuffled the organizational structure to prioritize HBO Max.

Now Kilar’s fate hangs in the air. And if he goes, it’s likely many other employees of both will be out of a job as well. The merger should bring about “at least” $3 billion annually in cost savings via synergies, the companies said on Monday. Some pink slips will certainly be coming.