Home » TV and Movies » '90 Day Fiancé': Fans Are Grossed Out By Geoffrey's Bed-Hopping Between Mary and Varya

'90 Day Fiancé': Fans Are Grossed Out By Geoffrey's Bed-Hopping Between Mary and Varya

90 Day Fiancé star Geoffrey Paschel might have had high hopes when he flew out to Russia to visit his then-girlfriend, Varya Malina, in hopes of making her his wife. But when Varya, 30, told 41-year-old Geoffrey she wasn’t ready to be engaged, he headed back to Tennessee and ended the relationship.

Shortly afterward, Geoffrey took up with his longtime close friend, 37-year-old Mary Wallace. Geoffrey and Mary began seeing each other. And when Varya headed to Tennessee on a surprise visit to win Geoffrey back, sparks—the bad kind—immediately flew between the two women.

On the May 31 episode of TLC’s 90 Day Fiancé: Before the 90 Days, Geoffrey proposed to Varya once again—despite his initial doubts about choosing Mary or Varya. And when the episode opened with Geoffrey snuggled up intimately with Varya just one day after doing the same with Mary, 90 Day Fiancé fans couldn’t help chiming in with their disapproval. 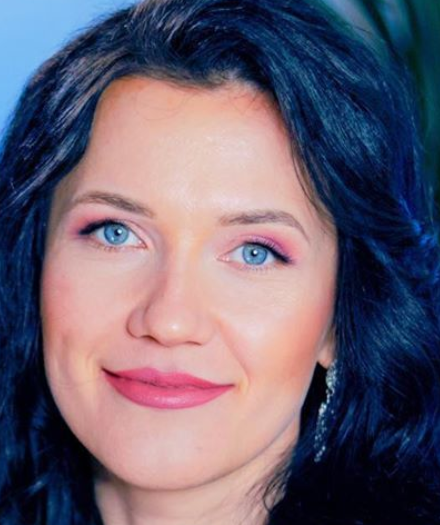 Needless to say, many 90 Day Fiancé fans were shocked that Geoffrey slept in the same bed with both Mary and Varya in what seemed to be less than 24 hours total. After Varya confronted Mary and Geoffrey floundered—admitting he didn’t quite know what to do or say—it appeared that he nevertheless wasted no time in cuddling up with Varya once again.

“In less than a day, Geoffrey had both Mary and Varya in thesame bed,” one 90 Day Fiancé fan wrote incredulously on Twitterduring the episode.

Another fan voiced their disgust about Geoffrey’s antics, writingsarcastically, “Do you think Geoffrey washed his sheets in between Mary andVarya?”

“Are Geoffrey and Varya sleeping in the same bed after Mary?” another surprised viewer chimed in, clearly baffled by Geoffrey’s behavior.

Cheers to going in as team and going out as one… #respect for each other regardless of the outcome. Take notes; that’s how it should be done. 😘 . . . . . . #90dayfiance #90dayfiancebeforethe90days #beforethe90days #knoxvilletennessee #knoxville #knoxvilletn #cheers #lastlaugh #gossip #truth #tellall #expose #enjoy #jackandcoke #fun #laughable #eatthis #smiles #behindthescenes #iownme #suchislife

And although Varya seemed all-in on her relationship with Geoffrey this time around, he didn’t seem so sure. In fact, the 90 Day Fiancé: Before the 90 Days star claimed he wanted to take things slow and that he had doubts, especially after Varya rejected his proposal at first.

Many 90 Day Fiancé fans argued that Geoffrey shouldn’thave hopped into bed with Varya so quickly if he truly wasn’t sure about theirrelationship. Some viewers thought it was unfair to both women to send such mixedsignals.

“So Geoffrey has doubts about Varya, but that didn’t stophim from sleeping in the bed with her & if I’m reading Varya’s attitude thenext morning, they definitely banged,” one 90 Day Fiancé viewerpointed out. “That’s not how a man with doubts should act.”

Another Twitter user agreed,commenting, “You need time, Geoffrey? Really? Y’all are sleeping in bed thefirst night. AND you just f***ed over a good person. You’re an awful humanbeing.”

Yet another fan argued that Geoffrey’s behavior was inappropriate and unfair. “Geoffrey didn’t waste a second getting Varya in the bed with him,” they wrote. “I would have put her a** in the guest room since he said they ‘taking it slow.’”

I feel like a fish out of water most days. . Side note. I wore makeup! (Y’all see that grey hair?! 😅) #ibrushedmyhair #orchids #humbleabode #90dayfiancebeforethe90days #nofilter

Many viewers argued that Geoffrey treated Mary with extreme disrespect

Ever since Geoffrey started dating Mary after his return from Russia, some 90 Day Fiancé fans have argued that he appeared to be using her as a rebound. Many viewers rallied around Geoffrey’s latest girlfriend, saying she deserved better and that he didn’t treat her with respect.

“Geoffrey really said that he wasn’t gonna fall back in,& there he was in bed with Varya,” one Twitter user remarked.“He knew that Mary was his Plan B if it didn’t work with Varya.”

Another encouraged Mary, writing, “AwwMary, don’t be sad, you’re too good for Geoffrey!”

Many 90 Day Fiancé: Before the 90 Days viewerspointed out that Geoffrey must have known how much his onscreen comments andbehavior would embarrass Mary, making his decisions all the worse. “Geoffreyjust said on national TV that he used Mary as ‘another woman’ to block hisfeelings for Varya,” a critic wrote. “Damn,he really f***ed Mary over.”