Home » TV and Movies » '90 Day Fiancé': Is Geoffrey Paschel With Varya or Mary?

'90 Day Fiancé': Is Geoffrey Paschel With Varya or Mary?

Geoffrey Paschel found himself in the middle of a love triangle on 90 Day Fiancé: Before the 90 Days. After his romance with Varya Malina hit a few roadblocks in Russia, Geoffrey returned home and immediately started seeing a new woman named Mary. But his romance with Mary was threatened after Varya had second thoughts and flew to Knoxville to surprise Geoffrey. Did Geoffrey patch things up with Mary or give Varya a second chance? 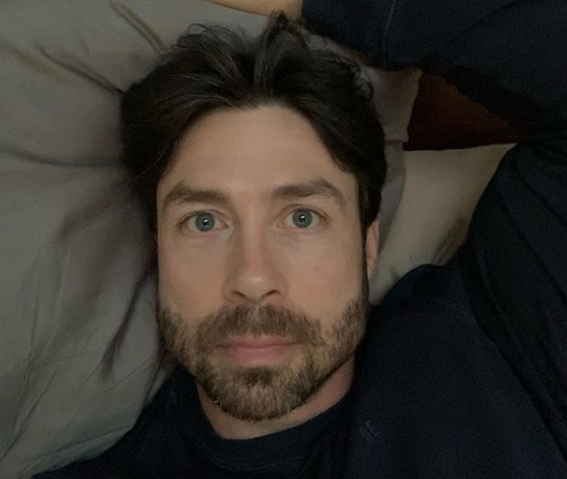 Where do things stand with Mary and Varya?

Geoffrey’s attempt to find love on 90 Day Fiancé: Before the 90 Days did not go as planned. After flying to Russia and declaring his love for Varya, she rejected his proposal because he was moving too fast.

They proceeded to get into an argument at the airport andGeoffrey was clearly not happy with her decision to take things slowly. Disappointed,Geoffrey went home to Knoxville and immediately started up a romance with Mary.

RELATED: ’90 Day Fiancé: Fans Give Geoffrey Paschel a ‘Game of Thrones’ Inspired Nickname As TLC Bans Him From the Tell All

Little did he know that Varya had applied for a visitor visa and was planning on visiting him in the United States to surprise him. The 90 Day Fiancé cameras were on hand to capture the moment she knocked on Geoffrey’s door, and the episode ended before we learned what happened.

Fans were very suspicious about the entire setup and quite a few viewers speculated that Varya’s arrival was completely staged. We cannot confirm if TLC manufactured the drama or not, but Geoffrey recently opened up about the situation during an interview on the Domenick Nati Show.

Geoffrey opens up about what happened with Varya and Mary

The 90 Day Fiancé: Beforethe 90 Days star revealed that three months had gone by when Varya showedup at his home. He also claims that she continued to text him after he leftRussia and that he ignored her messages because he “was done.”

The night before Varya showed up, Mary and Geoffrey went out to eat. Their dinner outing was featured on the show, and Geoffrey claims that the only reason Mary stayed the knot at his house was that she had a little too much to drink. He refused to say if they slept together that night.

Geoffrey went on to discuss a variety of topics, including thedomestic assault charges that he is currently facing. The 90 Day Fiancé star is certain that a judge will eventually dismissthe charges because they are just a “ploy” to get custody.

“It’s all just a ploy to make me lose custody of my child andthey offered me a plea deal and said if I don’t they trump up the charges tokidnapping,” he shared.

Unfortunately, Geoffrey will not be taking part in the upcoming 90 Day Fiancé: Before the 90 Days tell-all. He explained that TLC did not invite him to participate in the special because of the pending charges.

Is Geoffrey lying about what happened on ’90 Day Fiancé: Before the 90 Days’?

After watching the drama play out on the show, 90 Day Fiancé fans are convinced that Geoffrey is lying about pretty much everything. We already know that he hid his past from Varya and TLC, though it is unclear how his rap sheet slipped past the network’s vetting process.

RELATED: ’90 Day Fiancé: Stephanie Matto and Geoffrey Paschel Are Actors — Are They Looking for Love or Fame?

Although questions remain about Geoffrey and his intentions, it is pretty clear who he is currently dating.

Considering everything that happened on the show, 90 Day Fiancé fans might think thatGeoffrey lost both Mary and Varya. Turns out, he was able to patch things upwith Mary, while Varya returned to Russia.

Mary has posted recent photos of her and Geoffrey on socialmedia, which suggests that they are still together. Varya has also beenupdating fans online and seems to be very happy with how things ultimatelyturned out.

New episodes of 90 Day Fiancé: Before the 90 Days air Sunday nights on TLC.