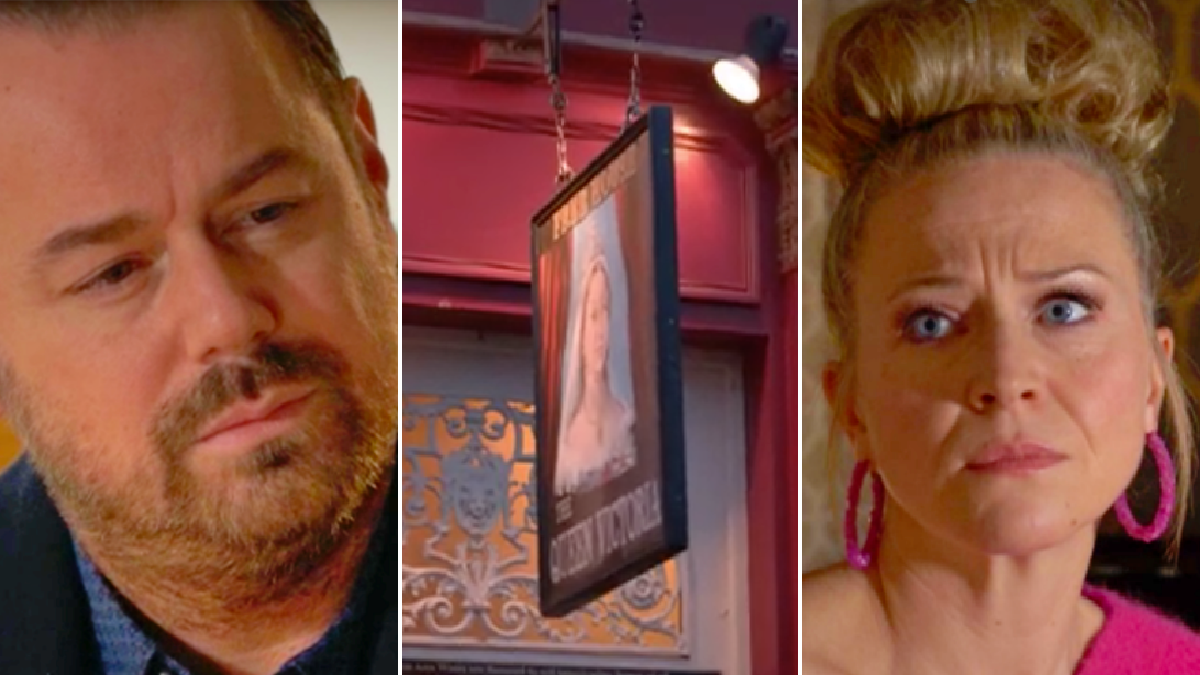 Mick and Linda Carter (Danny Dyer and Kellie Bright) are back where they belong in EastEnders, as Sharon Watts (Letitia Dean) relinquished the reins of The Queen Vic, as she gave the boozer back to its former owners.

The Carters made the decision last year to move out of the iconic pub and start afresh elsewhere following Linda’s battle with alcoholism.

They subsequently sold the Queen Vic to Sharon and Ian Beale (Adam Woodyatt), and recent scenes saw Ian name Sharon the sole proprietor of the boozer.

Meanwhile, Mick and Linda have struggled to adapt to not being behind the bar, and when the latter learned that Sharon had allowed Tina (Luisa Bradshaw-White) to take the blame for Ian’s attack, she saw an opportunity.

Linda blackmailed her best mate into signing the Vic back to her, but Phil Mitchell (Steve McFadden) intervened — threatening to kill Linda’s children if she didn’t leave Sharon alone.

However, Max Branning (Jake Wood) — desperate to prove just how much he loves Linda — blackmailed Phil into getting Sharon to sign over the Vic to the Carters.

In tonight’s edition of the BBC One soap, Linda told Max to leave her alone once and for all, reiterating that she simply does not love him.

Meanwhile, Phil dropped round to visit Mick and Linda, revealing that Sharon is putting the bubbly on ice, as he offered them the chance to buy back the pub they called home for seven years.

Linda jumped at the opportunity, as did Mick, and together, the soulmates accompanied Phil over the Queen Vic, ready to start their exciting new chapter.

The Carter’s are back in business. Literally.

EastEnders continues Monday February 22 at 8:05pm on BBC One.