A Place in the Sun: Woman says she ‘cried’ on walk to property

On Friday afternoon, A Place in the Sun viewers were whisked off to the sunny shores of the Costa Del Sol, Spain as Danni Menzies attempted to find house hunters Shane and Sharon their perfect holiday home. Aiming for the ideal escape from the frosty UK winter months, Shane and Sharon had a budget of £135,000 and were keen for a two-bedroom property they could enjoy as well as leave open to entertaining friends and family.

However, Danni could not have gotten off to a worse start as both Sharon and Shane quickly dismissed the first property she had to offer.

In fact, the pair were so put off at the idea of moving into the apartment Danni showed them, they decided to head out early and cut the search short.

Valued at £137,000, Danni had taken the Channel 4 guests to a two-bed apartment in Riviera Del Sol.

Danni seemed optimistic at first as the area was located close to the beach and was much quieter than the neighbouring towns of Marbella and Malaga. 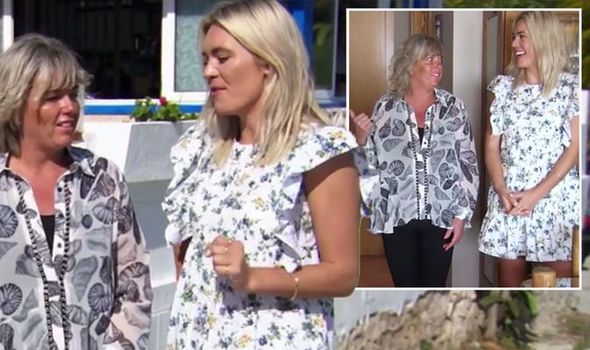 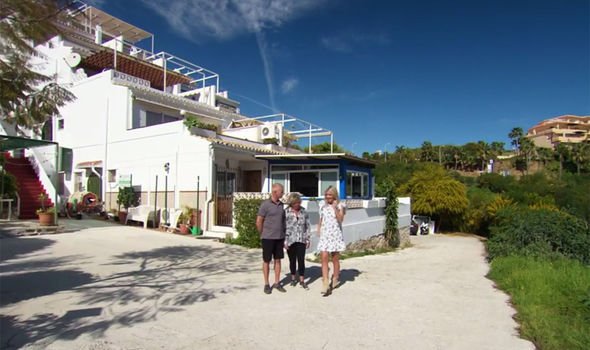 The property came with two communal pools, a private garden and was close to nearby golf courses, restaurants and bars.

But from the get-go, Shane and Sharron weren’t impressed, with the latter commenting on first glance it looked “tired”.

Danni tried to win them back by telling them a paint job was on the way for the building, but when they stepped inside, it fared no better.

“It’s claustrophobic,” Shane commented on the inside while Sharon quickly made her desire for a bigger indoor space known. 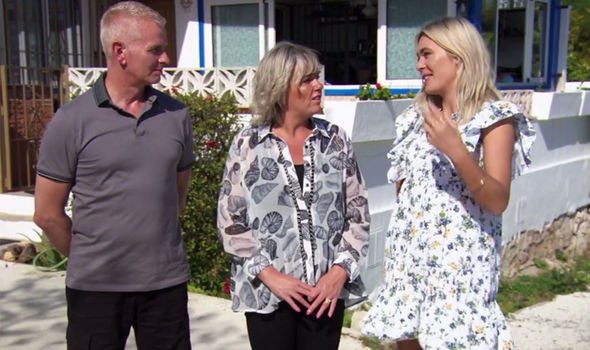 The neighbouring road also proved to be a hindrance to the search with Sharon and Shane unwavering in their opposition to the very first property Danni had to offer.

“It’s not doing it all,” Sharon and Shane told the A Place in the Sun host as they reconvened midway through the search.

“Would you like to see any more here?” Danni asked, noticing the lukewarm reception.

After both Shane and Sharon agreed not to, Danni reluctantly admitted defeat and said: “Let’s move on.”

Speaking to Channel 4 viewers in her voiceover, Danni said she was “gutted” her first option didn’t pan out, but she still had four other options up her sleeve.

And the second option got a much better reception from the pair, particularly Sharon.

A two-bed penthouse apartment valued at £129,000, the only reservations the pair had about the property situated in Cerros del Aguila was its distance to the beach.

Nevertheless, Danni had bagged her first contender, and it remained the only contenders until the fifth and final property.

Having ruled out two-bed properties in Torrenueva and El Chaparral, Danni took Shane and Sharon to Calahonda.

While situated more inland, Shane fell in love with the modern apartment for its decor, open space and picturesque views.

in the end, with so much indecisiveness between the pair, they decided to register their interest in the second apartment but didn’t put forward an offer.

A Place in the Sun continues weekdays at 4pm on Channel 4.