Home » TV and Movies » A Place in the Sun’s Jasmine Harman fears for hosting role: ‘Who’s doing what?’

A Place in the Sun’s Jasmine Harman fears for hosting role: ‘Who’s doing what?’

A Place in the Sun: Guest says he knows area 'reasonably well'

Jasmine Harman, 45, was on hand to help George and his friend Diane find a property in Mallorca and it was a location he had been visiting frequently for the past 40 years. The house hunter wanted to find a property near his favourite resort of Port de Pollença and told the A Place in the Sun host he was willing to put down up to £175,000 on the right property. However, the presenter of the Channel 4 programme joked she wouldn’t have to show the guest around and hence her role would be inadequate.

The host asked her guest: “For how long have you been visiting the Island?” to which George replied: “I’ve been coming here for just over 40 years.

“Not every year but probably 30 times [in that time]. I’ll show you around later,” the house hunter joked.

Fearing for her role on the show, Jasmine declared: “I was going to say, ‘Who is going to be showing who around?'”

It was all taken in jest, however, as the presenter and her guests laughed off the remarks before the property expert asked what George wanted from his dream home. 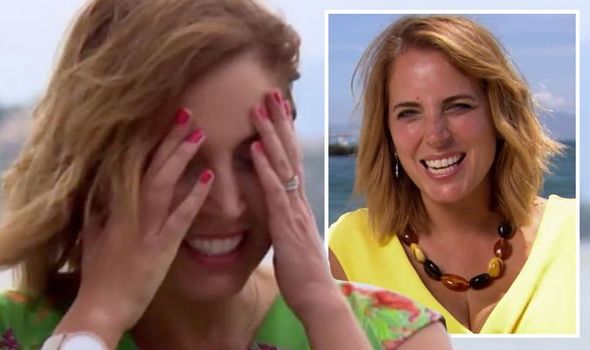 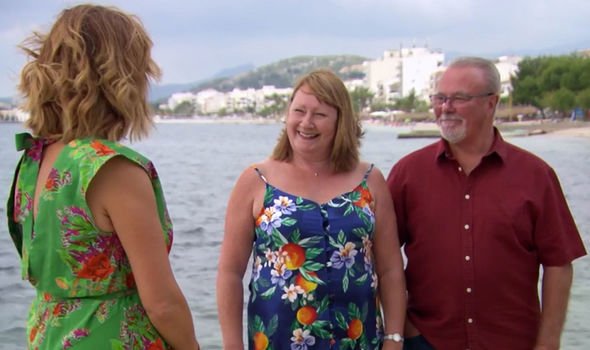 Getting the search underway, Jasmine showed George and his friend a property that was a two-minute walk away from the beach.

With two bedrooms and situated on the second floor of the building, the house hunter looked relatively happy with the first viewing.

On the market for £158,000, it was well within the guest’s budget but there was no communal pool included.

There was also a balcony big enough to put a table and chairs on and once inside, George was pleased with what he was seeing.

However, the second bedroom did not have enough space for two single beds, which was a big box that needed to be ticked. 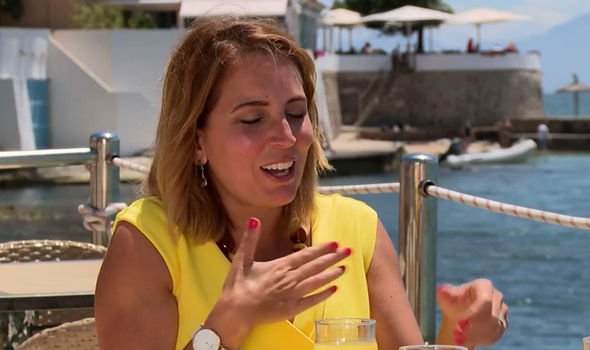 I was going to say

“Let’s draw a line under it,” Jasmine said as George ruled out the first property as a contender to put an offer in on.

“I’m not disheartened and you shouldn’t be either,” the presenter remarked and soon got the couple excited about property number two.

On the market for £166,000, it was located down a side street in the Old Town and the house hunter asked why it was so expensive.

Jasmine explained the layout was “quite unconventional” but was sure the guest would love the three-bedroom house.

When he stepped inside, George wasn’t overly impressed as the amount of work that needed to be done on it would have cost too much. 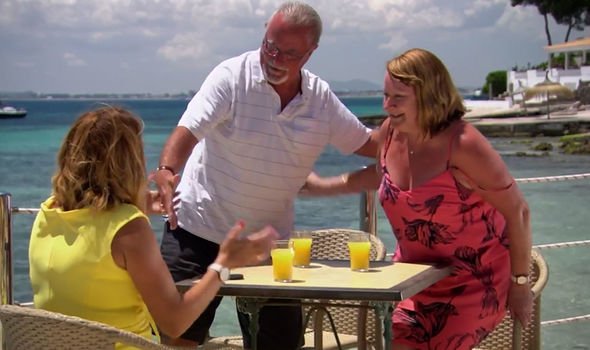 This meant Jasmine moved on to property number three, which was another three-bedroom home and it was on the market for £174,000.

Diane said the outlook was very pretty and the house hunter said his late wife would agree this was a lovely place for him to live.

“We always said if one of us survives the other, we had to get on with life,” he commented but the idea of people looking up at him on the balcony was negative for the guest.

George didn’t rule it out as a contender but continued with the search as Jasmine got property number four ready to view.

With three bedrooms and a communal pool, the establishment “on paper”, met all of George’s requirements.

On closer inspection, the guest didn’t like the space and darkness of the bedrooms and rule it out as a contender.

Jasmine said she had “one last throw of the dice” with property number five that she knew the house hunter was going to love.

With two bedrooms and a solarium – a rooftop terrace – and buy far, it was the house hunter’s favourite of the whole search.

He had the night to think about his decision and the next day, George sat down with Jasmine to talk about his options.

George explained he was not going to put an offer in on property number five as it was located too far away from the beach.

Instead, he wanted to put an offer in on property number three and it wasn’t long before the presenter was on the phone with the agent.

Jasmine received a call from the agent again and George’s offer was rejected so he agreed to the price they were asking for.

The host of the show congratulated him on getting his hands on the property and wished him all the luck for the future.

A Place in the Sun airs weekdays at 3pm on Channel 4.