Home » TV and Movies » A Place In The Sun’s Jonnie Irwin issues warning to buyers ‘Give it a chance!’

A Place In The Sun’s Jonnie Irwin issues warning to buyers ‘Give it a chance!’

A Place In The Sun was back with a weekend repeat and Channel 4 viewers saw Jonnie Irwin head to France with Sam and Elaine from Bolton. The coulee were looking for their perfect retirement home around Carcassonne. With a budget of £225,000, it seems the presenter found their dream property almost immediately, so much so, Elaine got extremely emotional.

Discussing what they were looking for, Sam said he would like “plain and modern” decor whereas “Elaine is a bit more traditional” but not anything ”quirky”.

Ideally one level, and with a self-contained gite which they could rent out, and they weren’t opposed to any building work or converting as long as the property was “structurally okay”.

The first house Jonnie took them took was a two-bed townhouse, with a gite at the back of the boundary all for £220,000.

“It’s lovely,” Elaine remarked. “Contemporary but with a traditional feel and it’s spacious – it’s a bit of a TARDIS – it looks so much bigger than expected.”

However, there was no pool, or any space to build one. 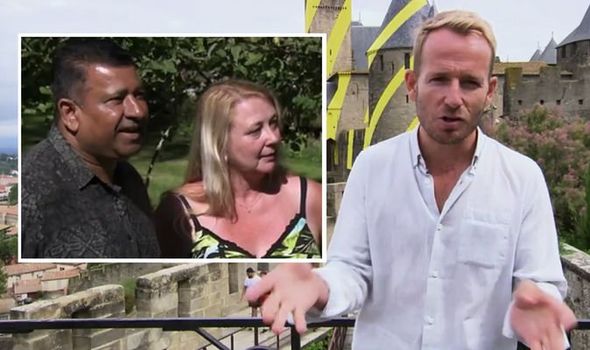 The second property Elaine and Sam were taken to was in a tiny mountains village of 45 people, and it was a more affordable area.

“This is a proper French chateau!” Sam commented and Jonnie asked the potential buyers to “look behind” where a large private pool was situated.

“If you want space, this could be the house for you,” Jonnie explained.

But when he asked the couple their thoughts, Sam said: “I’m starting to feel there is a lot of work to be done in this house. As much as I love it, I’m wary.” 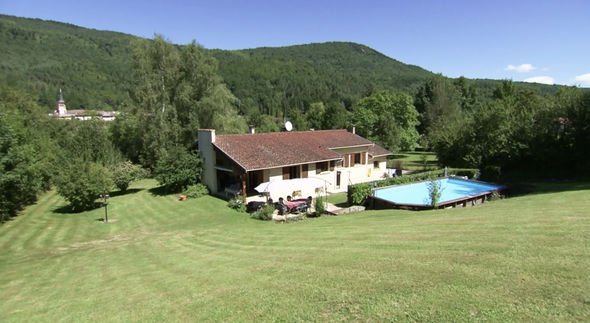 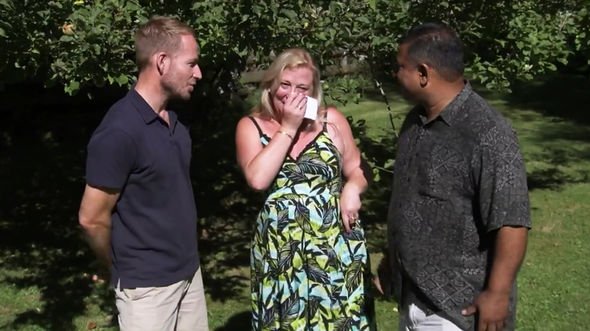 Number three was a mountain chalet and before Sam and Elaine even stepped into the property, Elaine burst into hearts.

“You look like you’re crying?” Jonnie said and she replied: “I know, and I’ve not even seen inside but it’s gorgeous.”

Speaking about their reaction, the presenter remarked: “The house has gone down well from the outset, it brought tears to Elaine’s eyes.”

“I’m beaming!” Sam exclaimed. “I love it, I could move in! Joking aside, there are a few thing we’d like to do, but I love it.” 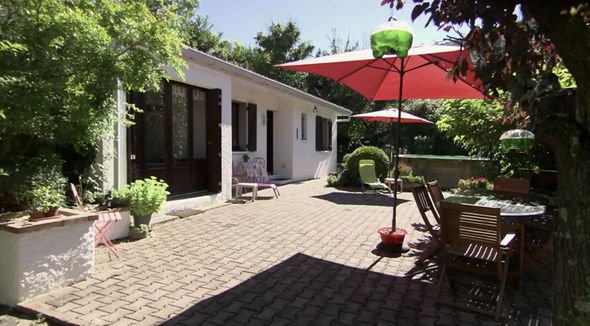 Property number four was a three-bed, single story house, with separate accommodation to let out.

“It looks okay, but I’m not blown away,” Elaine told Jonnie.

Despite there being two acres of woodland, they coupled felt there was “too much to do” and their “hearts weren’t there”.

“In a bid to beat the rural chalet, I give you this village house!” Jonnie said as presenting the final house.

It was a 200-year-old semi-detached building and Jonnie explained there was a “sense of space and privacy” but it was a short distance from the local community. 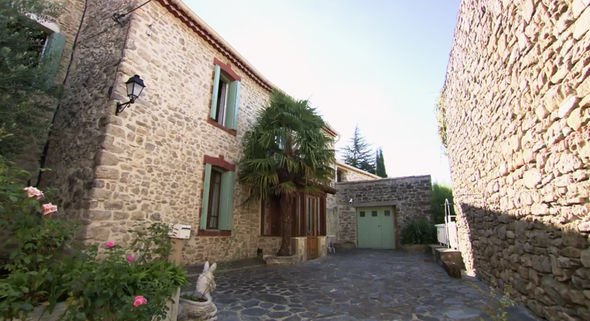 For £216,000, Sam and Elaine could get three bedrooms, with outside space wrapping around the property and a garage which could be used as a gite.

Sam began saying how much he preferred the rural chalet and Jonnie asked: “Do give this house a chance – it’s a grand building”.

And when the couple began looking around, their opinion slowly changed: “This is amazing!” Elaine commented.

“It is growing on me,” Sam said. “It is a lovely house and so elegant.”

Following a busy day house hunting, Sam and Elaine retreated to discuss their options and when they joined Jonnie the next day, their decision was no shock to him.

“Do you have a favourite property and if so which one?” He asked and together they said: “The rural chalet.”

“I’m not hugely surprised. When something makes you so emotional that you burst into tears, it’s hard to beat,” the presenter replied.

The couple wanted to make an offer, but with not knowing what the area had to offer, the decided to return and get a feel for the community.

Jonnie then told viewers: “Elaine and Sam went back and put in a cheeky offer – unfortunately their first offer was declined.

“But they are still in negotiations with the seller.”

A Place in The Sun airs this afternoon at 5.20pm and then another episode at 6.05pm.