A Place In The Sun has been on television screens for 21 years, and to celebrate its success, Jonnie Irwin and Laura Hamilton joined Steph McGovern on Channel 4’s Steph’s Packed Lunch to discuss their highs and lows of filming a hugely popular show. During the conversation, the host asked Jonnie about an on-set incident which left him cut up and bleeding.

“Any disasters Laura?” Steph began and Laura replied: “Have I had any disasters? I think Jonnie is the one with disasters!”

“We’re coming to that in a minute,” Steph continued.

“He’s the one who’s had the biggest disaster one set,” Laura commented. “No, for me, I love the show, it’s such a massive part of my life, I love it so much.

“I’ve even stayed in people’s houses who I helped on the show. 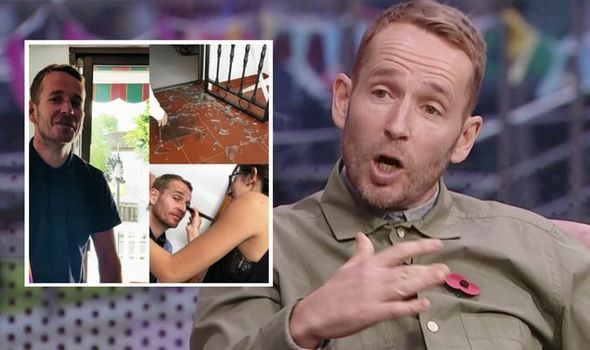 “I helped them buy it, they renovated it and because I travel with my children filming the show, and have done since they wee three weeks old, I knew ‘that house would be great’ – the house which I helped them buy.

“And I knew when I would go back with my kids… and stay in their property, rented it from them,” she remarked.

Jonnie joked: “You rented it from them? Who you trying to fool!”

“Ask him about his disaster!” Laura exclaimed.

“In fact, we’ve got pictures of your disaster,” Steph interjected. “Talk us through what had happened in these photos.” 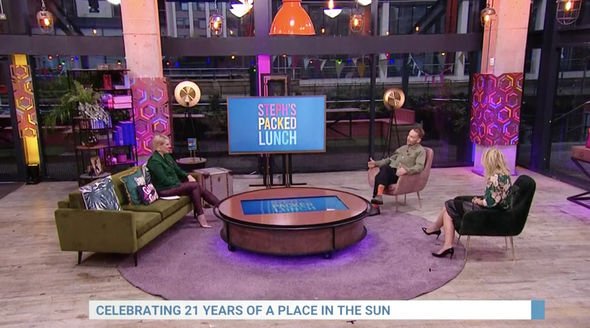 “That is a great example of good housekeeping, most people – with a few exceptions in the bathroom – clean their houses to an inch of their lives,” Jonnie explained.

“And this couple were no different.

“We were filming out in Spain and the proud owner was outside.

“Before each house, we go through the last minute [run through], to make sure I know where everything is. 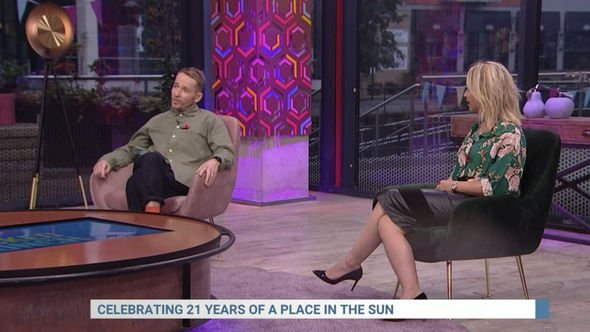 “And I said ‘I just need another poke of that garden, just so I know what I’m talking about when I get in there’.

“So I sprinted – sort of ran purposefully – through the house, of course, they had shut the patio door and it wasn’t one of these with a line though it,” he revealed.

“I went straight through it and then I was on my knees, blood everywhere.

“The owner couldn’t believe it, it was a 1970’s house, it wasn’t safety glass, so shards of glass just came down.

“Cut my shirt, cut my hand, broke my nose and pushed that tooth back,” Jonnie added.

“You must’ve been going at some speed. That’s crazy!” His co-star commented.

Jonnie continued: “I didn’t think I was heavy enough to go through a plate of glass, but that house now has open views towards the sea now so they owe me another £10,000!”

A Place In The Sun airs a repeat this evening at 7pm on Channel 4.