IRELAND Baldwin is feeling the heat today, after she and her boyfriend dressed as bloody victims for Halloween, even as her famous father continues to mourn his accidental killing.

Alec's daughter, 26, shared a photo to Instagram of herself wearing a revealing, tied-up shirt and short skirt. 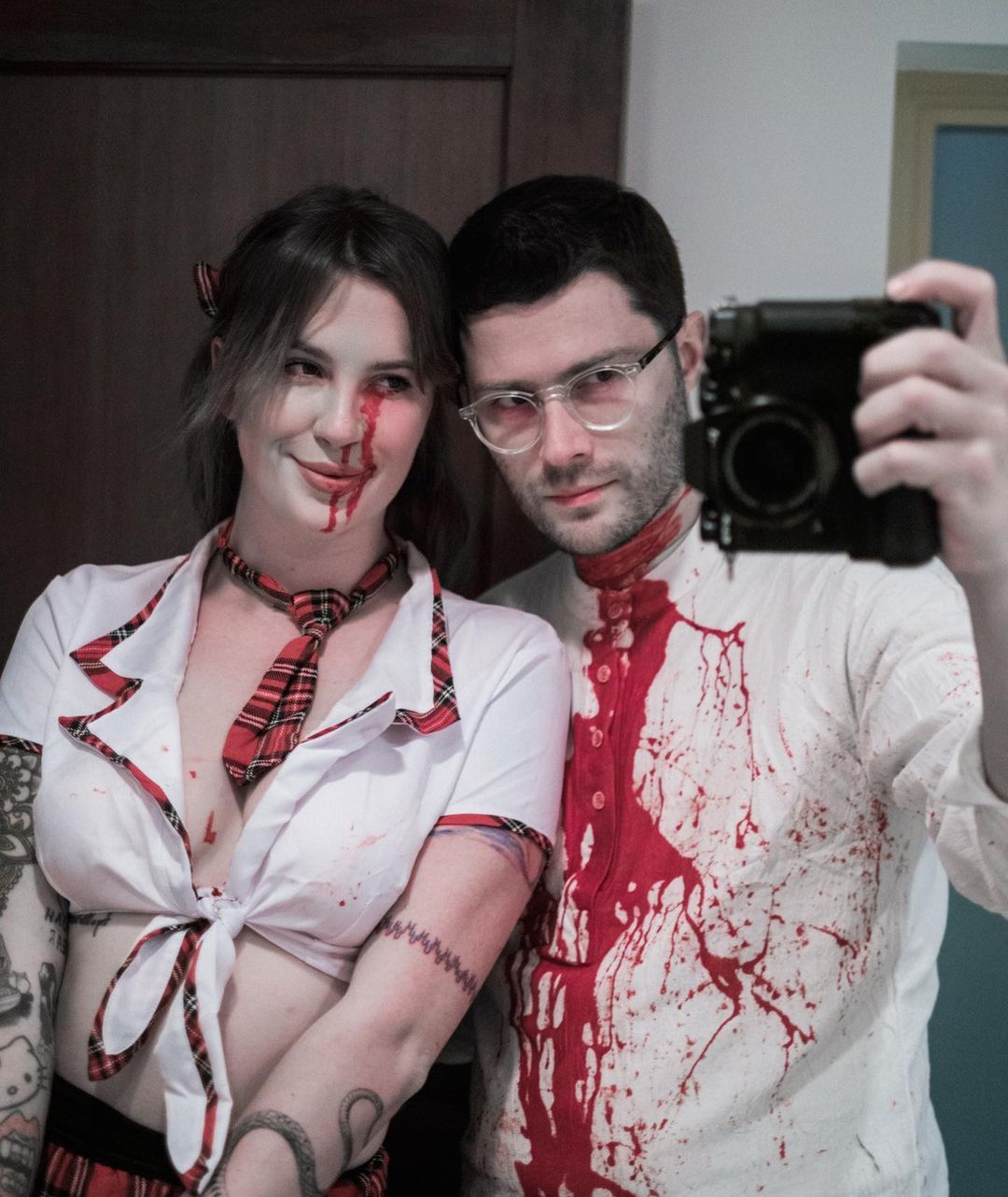 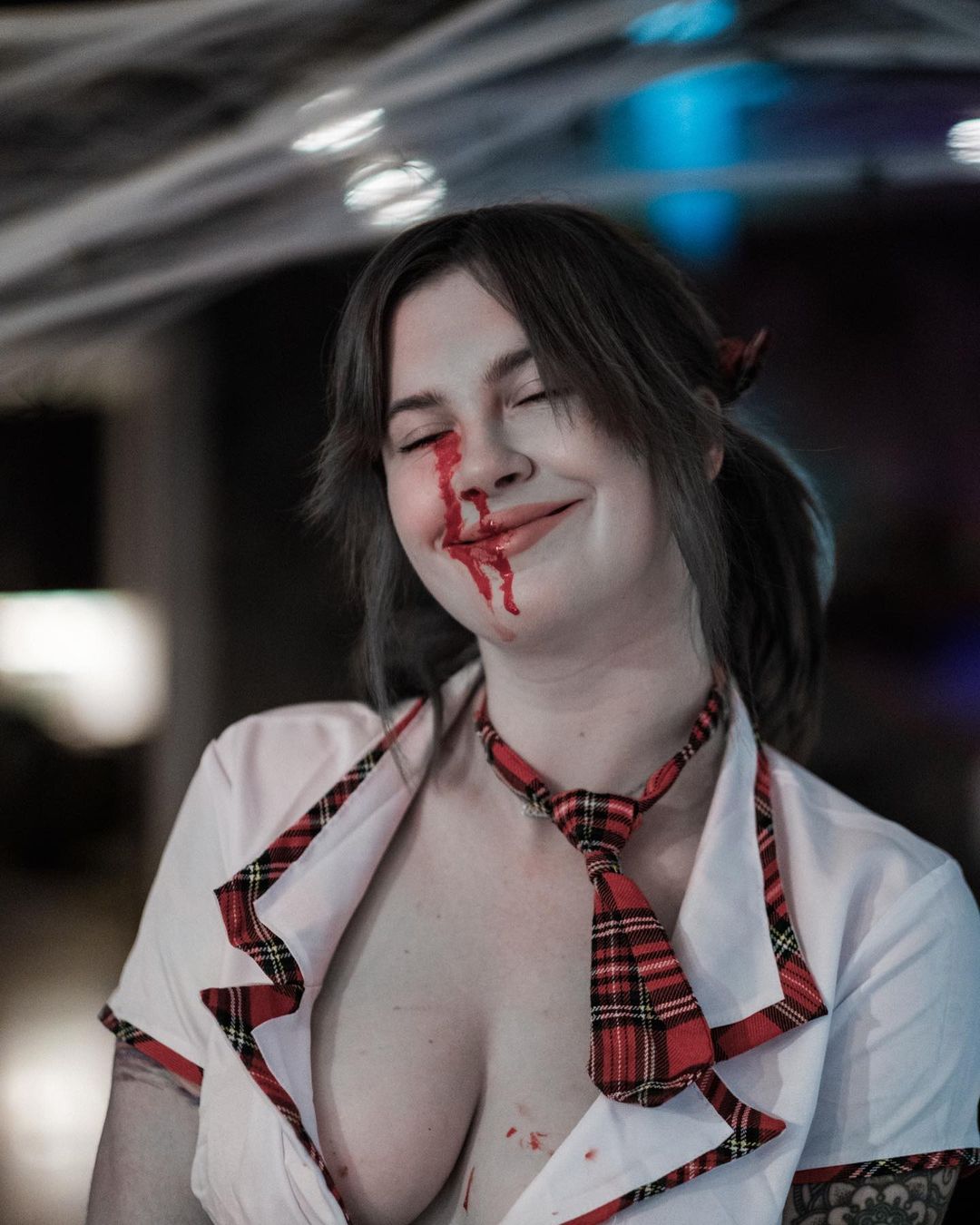 She smiled as fake blood trickled out of her eye and nose.

Her boyfriend, the musician known as RAC, went a gory step further, splattering he fake blood all over his neck and white sweater, in an attempt to look like the prey of a slasher.

Ireland said in the caption that she and RAC stayed in for the holiday this year: "We didn’t think we would celebrate, but we found some old costumes and blood, ate really good food, drank tequila, had a couple friends over, watched a scary movie and had 0 trick or treaters…. How was your Halloween?"

One person commented: "I feel like I'm taking crazy pills, what the hell is wrong with these people?"

Another said: "Just whyyyyyy??? Where is the compassion????? A woman is deaddd!! Your DAD CAUSED IT. Whether or not he was at fault is up for debate, but show SOME reverence!"

While a third added: "It's like I'm living in a f*****g simulation where everyone is doing the most inappropriate thing possible.

"There are literally a billion other possible Halloween costumes. There is also an option not to post this shit online. How tone-deaf can you be?!"

The bloody images come just days after father Alec, 63, accidentally shot and killed cinematographer Halyna Hutchins on the set of the movie Rust.

As the investigation into Halyna's death continues, one Reddit user pointed out how Ireland's choice of costume could affect her fragile father: "After thinking about this photo for awhile, I am realizing this is so rude and disrespectful toward her father as well, more than anything else.

"Her father is grieving and killed someone and everyone's worried about Alec having PTSD and his daughter and her boyfriend dress up like they've been shot???? What were they thinking or obviously not thinking?"

On Saturday, Alec's wife Hilaria said she fears her husband will develop PTSD after the "traumatic" on-set shooting.

After the tragedy, Alec and Hilaria retreated to the ski town of Manchester, Vermont, for some private mourning.

Hilaria, 37, told the New York Post: “Alec had a really traumatic thing happen, and I am trying to limit the PTSD.

“You look at what happens to soldiers and police officers when something like this happens, it’s traumatic. We just came up here for quiet.”

When asked by the Post if she believed her husband would ever act again, Hilaria said she was hopeful but not certain.

“He needs space for me to take care of him and his mental health,” she said. “It’s an awful thing that happened. Alec feels awful.”

But a day later, the Baldwins were again under attack, after Hilaria shared a joyful photo of the family dressed up and celebrating Halloween together.

Alec wore a fake beard and horns with a black cape, while Hilaria donned cowboy boots and a checked jacket.

The yoga instructor captioned the photos: "Parenting through this has been an intense experience, to say the least. Today, we rallied to give them a holiday.

"Last min costumes…a little hodge-podge…but they were so happy and that warmed my mama heart.

"Happy Halloween, from the Baldwinitos."

Another wrote: "You know who is not trick or treating? Halyna’s son!"

A third person mentioned: "I still see they’re in the festive spirit after having just shot two people just a week or two prior. This sick bastard needs mental help along with his fake wife."

On October 21, The Glengarry GlenRoss star fatally pulled the trigger of a prop gun on set in New Mexico that's believed to have been loaded with a live round.

The bullet struck and killed cinematographer Halyna. The 42-year-old was shot in the stomach.

The star had been practicing a "cross draw" when a revolver he was handed by the productions assistant director, Dave Halls, discharged either shrapnel or a bullet.

According to the Associated Press, Dave told him it was "cold" and therefore safe to use.

The productions assistant later admitted to investigators he didn't properly check the weapon, only inspecting three of its five chambers before giving it to Alec.

Also hit was the movie's director, Joel Souza, 48, who was hospitalized with a wound to his shoulder but later discharged.

In the aftermath of the high profile tragedy, this may have been the year to skip the Halloween festivities.

As one Reddit user wrote: "This shows how different they are compared with the rest of the world. These people are not capable to empathize with the grief.

"This is so wrong. So wrong. Celebrating and not thinking about a family who is suffering. They all should be cancelled." 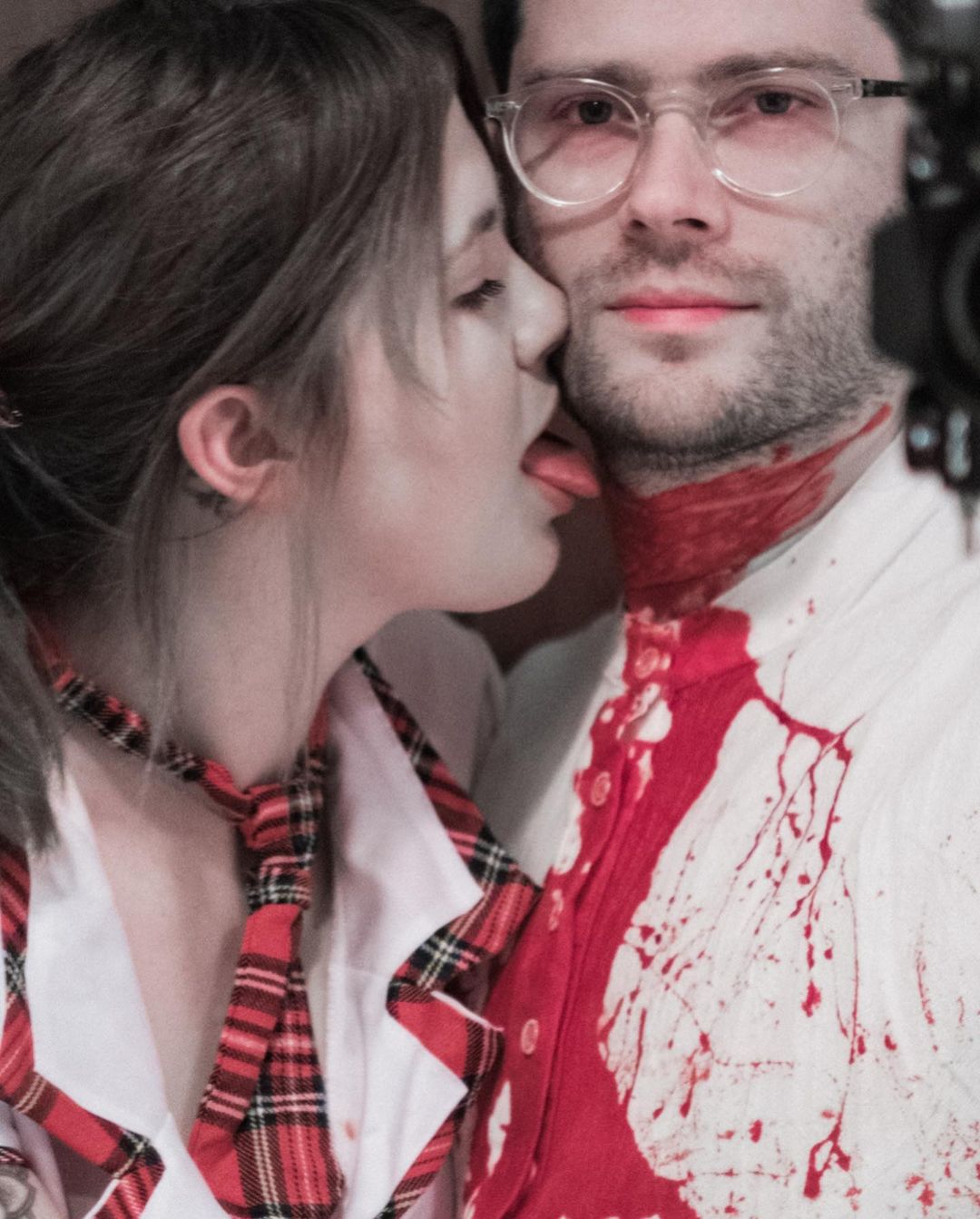 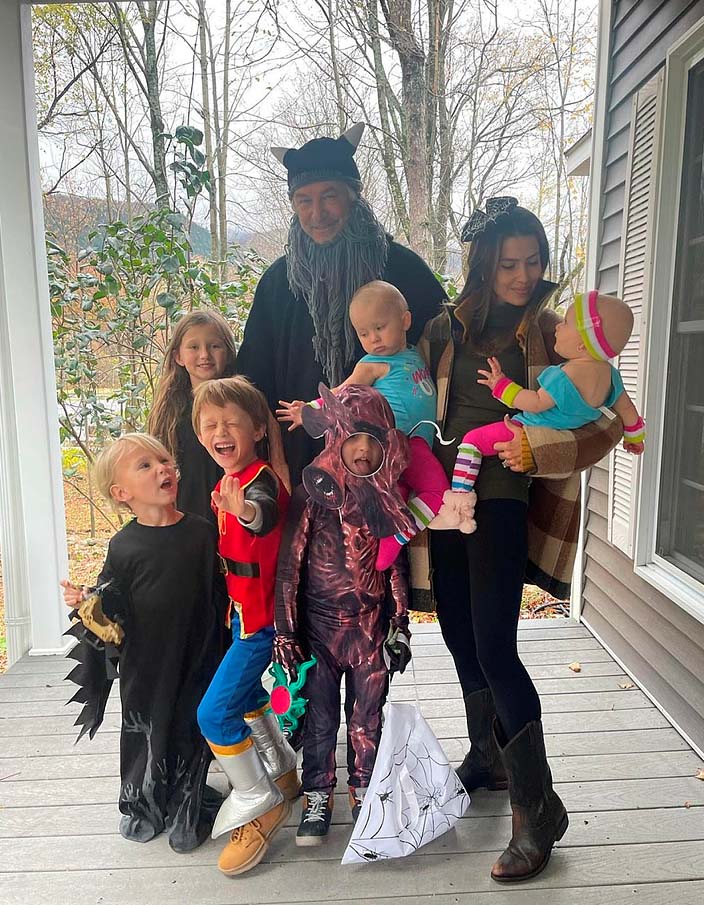 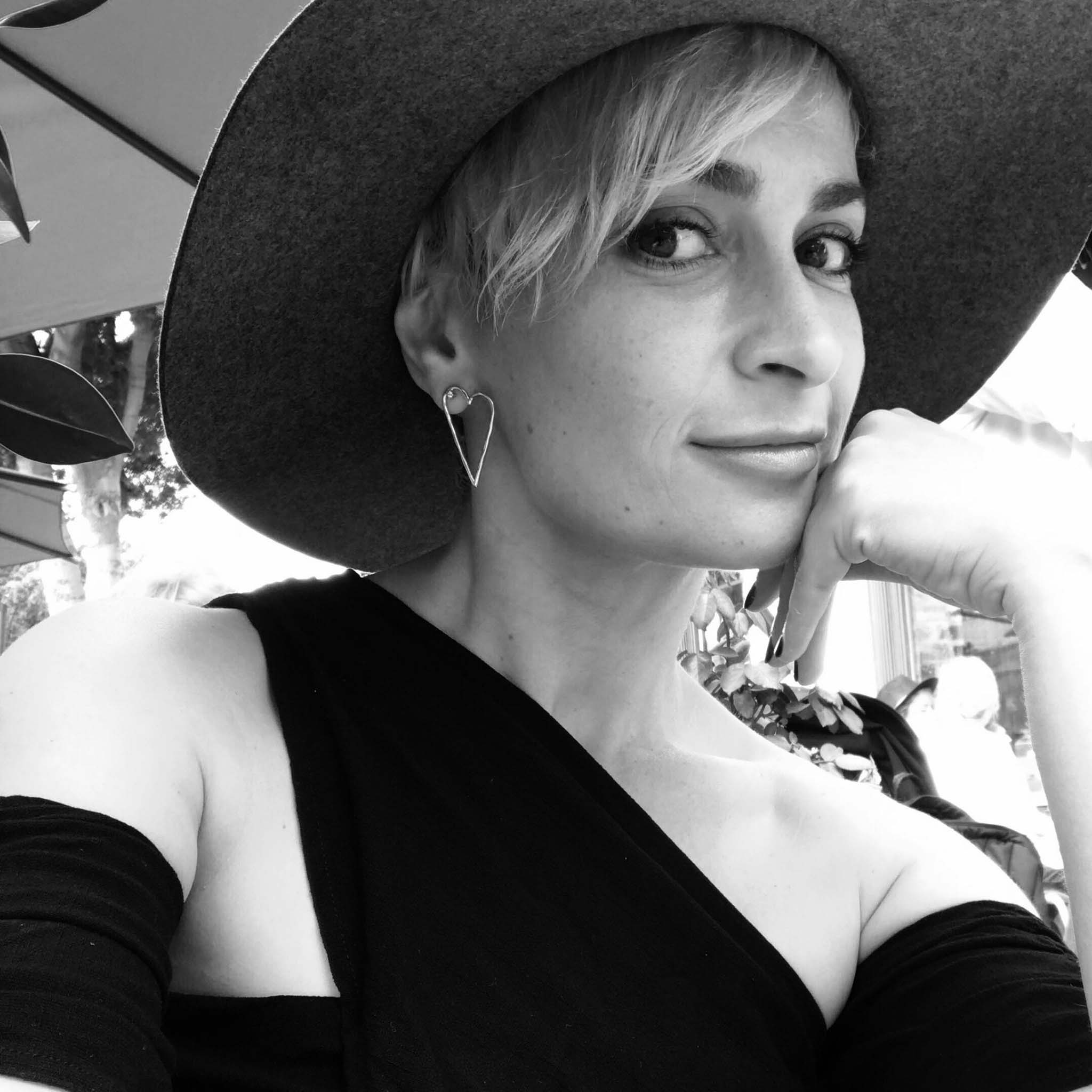