And “Arrow” alum Stephen Amell is the champ 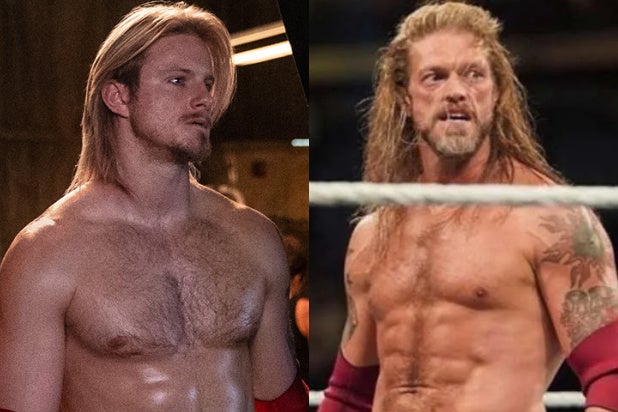 No, that’s not WWE’s Adam “Edge” Copeland in the first-look photos for Starz’s upcoming series, “Heels,” it’s his “Vikings” co-star Alexander Ludwig. But the resemblance certainly is uncanny, which bodes well for pro-wrestling fans who were hoping the Ludwig- and Stephen Amell-led drama had an authentic aesthetic.

The first look images from “Heels,” which follows a family-owned wrestling promotion in small-town Georgia, show Amell and Ludwig all costumed up as wrestlers Jack Spade and his younger brother Ace Spade, respectively. The two are getting ready to head out into the ring, with the “Arrow” alum’s character rocking the champion belt and Ludwig looking very Edge-esque (as you can see in the side-by-side comparison photos above).

Per Starz, “Heels” is a story about the men and women who chase their dreams in the world of small town pro wrestling. Set in a close-knit Georgia community, it follows a family-owned wrestling promotion as two brothers and rivals (Amell and Ludwig) war over their late father’s legacy. In the ring, somebody must play the good guy and somebody must play their nemesis, the heel. But in the real world, those characters can be hard to live up to — or hard to leave behind.

The show is set to premiere this summer on Starz.

The drama is produced by Lionsgate TV for Starz in association with Paramount Television Studios.

See the first-look photos of “Heels” below. 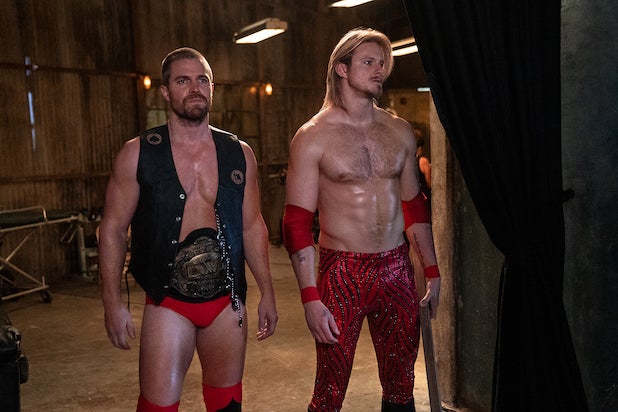 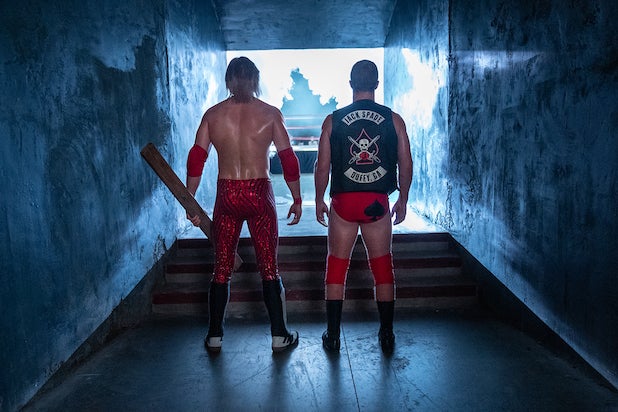