Amanda Holden causes outrage with The One Show viewers: ‘It’s a family show!’

The One Show continued tonight with Alex Jones and co-host Gethin Jones and they were joined live in the studio by Britain’s Got Talent host Amanda Holden. Amanda was on the show to promote her new single dedicated to the NHS after she endured two difficult births one of them being her stillborn son Theo.

Amanda explained: “Well, it’s been well publicised that I have used the NHS more than most people.

“I have always heralded them and known they were there and it’s amazing that now people are shining a light on them,” she added.

“Chris [her husband] and I had a baby born sleeping in an NHS hospital, and then the following year our lovely daughter Holly, our rainbow baby.

“But then I had an awful birth, I went into a coma so that was horrendous and they held Chris’s hand throughout.

“And then, my sister had a car crash three years ago, she’s fine. So yeah, we have used them more than most people,” Amanda honestly recounted.

Gethin asked Amanda how she and her family were doing during the lockdown as the UK heads into its eighth week staying at home especially as she also does an early morning radio show with co-host Jamie Theakston. 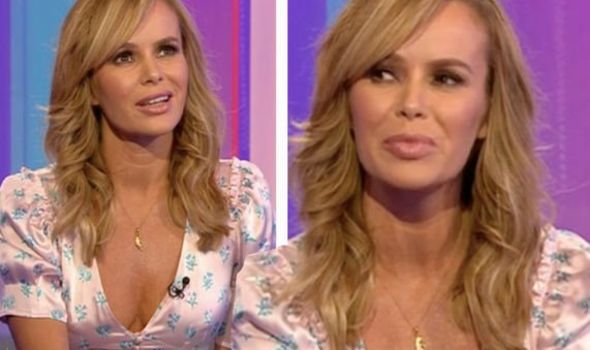 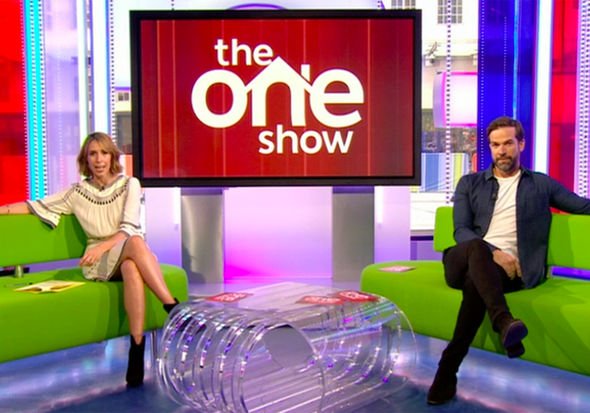 Amanda explained: “I do have a lot of energy actually -”

Alex interrupted: “You are an actual pocket rocket.”

Amanda continued: “I love that. It is a real privilege to be able to go to work, that’s how I feel going into Heart Breakfast.

“You feel a bit more normal going in first thing in the morning, don’t you? Getting up, getting out and doing something. 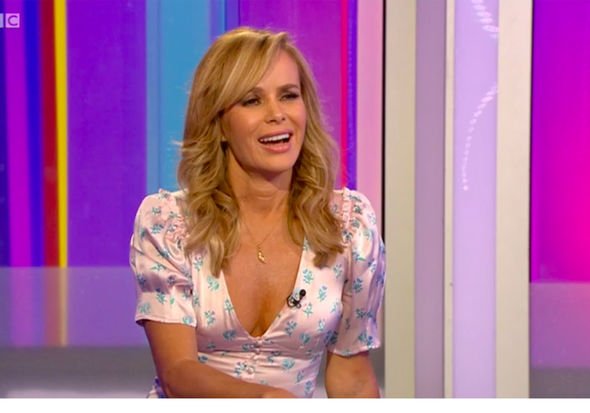 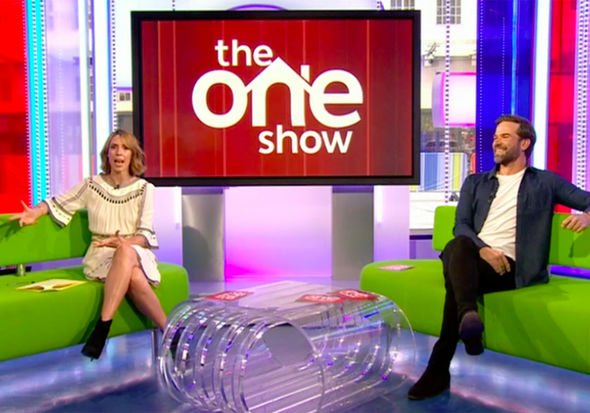 “Plus, I am getting out of all homeschooling. I’m home by half eleven twelve, and my husband Christopher is killing it.

“He is absolutely brilliant. The children only listen to him, so I come in and do lunch and art and English and then their one hour of exercise,” she said.

Throughout the conversation, fans were distracted by Amanda’s appearance.

Always one for pushing fashion boundaries, Amanda had opted for a low cut pink dress.

Fans took to Twitter to discuss, hitting out at the BGT star and saying that it was not appropriate for a family show.

One viewer said: “Why on earth is Amanda Holden wearing that ridiculous dress this is a family show. Has she been to the Caribbean whilst we’ve all been on lockdown?”

Another said: “Amanda Holden is nearly wearing a lovely dress on #oneshow #theoneshow”

However, there were a lot of people on her side, one viewer said: ”Looking fabulous on The One Show x”

“@AmandaHolden enjoyed the @BBCTheOneShow tonight thanks Amanda.” shared another.

A third said: “A perfect spray tan, manicure and coloured and styled hair @AmandaHolden – can you share your secret with the rest of us.”

And one more said: “What a great show tonight with every guest fantastic.Watched all week and Alex and Gethin are brilliant together.I hope this is the shows presentation duo going forward.Come on BBC they are so natural and good together.Make it happen please.”

The One Show airs on BBC One weekdays at 7pm.