AMANDA Holden was a ray of sunshine today as she left work in a cute summer dress.

She draped a cream overcoat over her shoulders as she walked with a smile in central London. 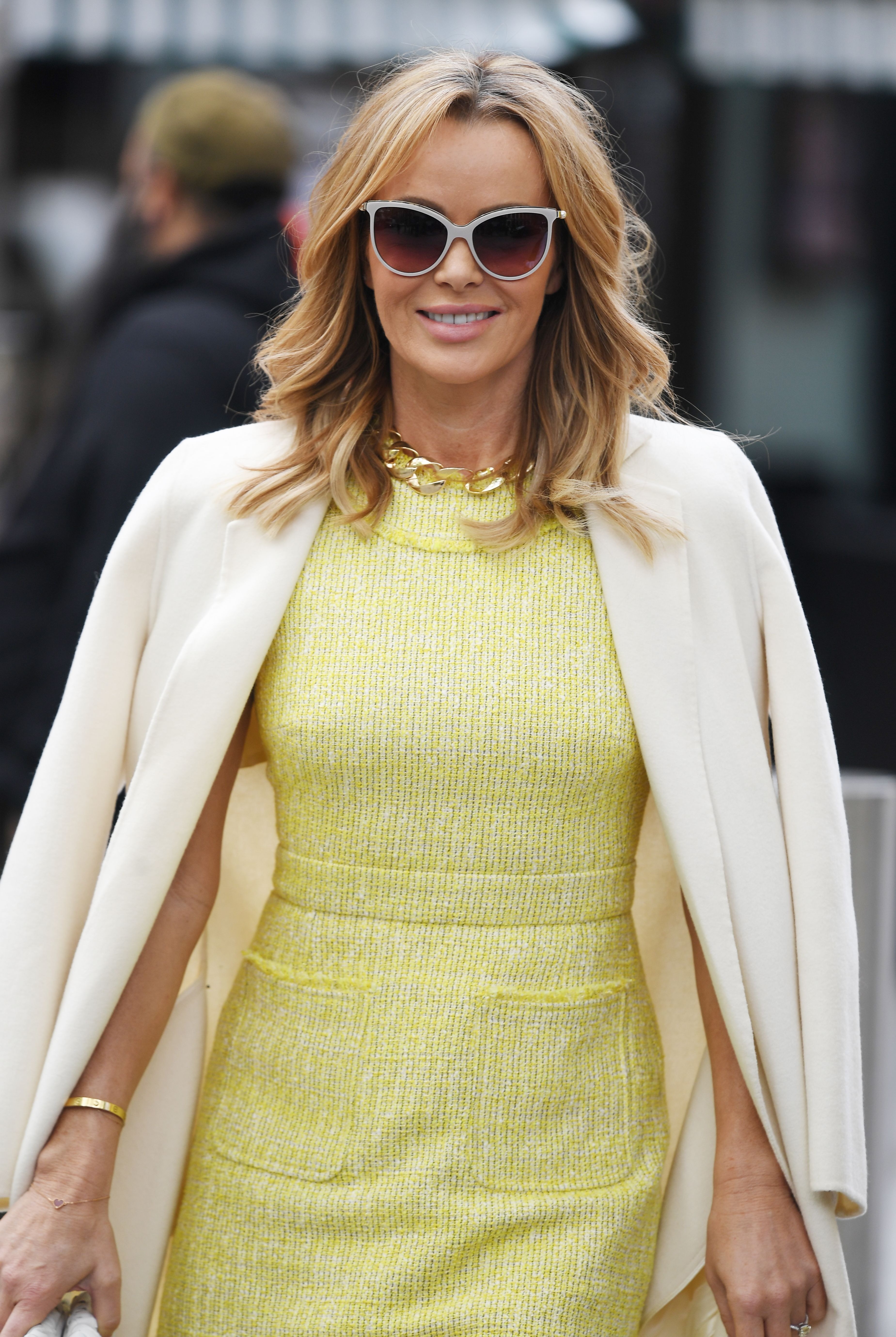 The 60s-inspired look saw her team heels, shades and a clutch with her knee-length lemon dress.

Amanda, 50, accessorised with a chunky gold chain and matching bracelet.

The look seemed to be anticipating the heatwave that's about to take hold of the UK.

The appalling May weather looks set to take a turn for the better – with the mercury predicted to rise above 20C in parts of the UK – just in time for the bank weekend. 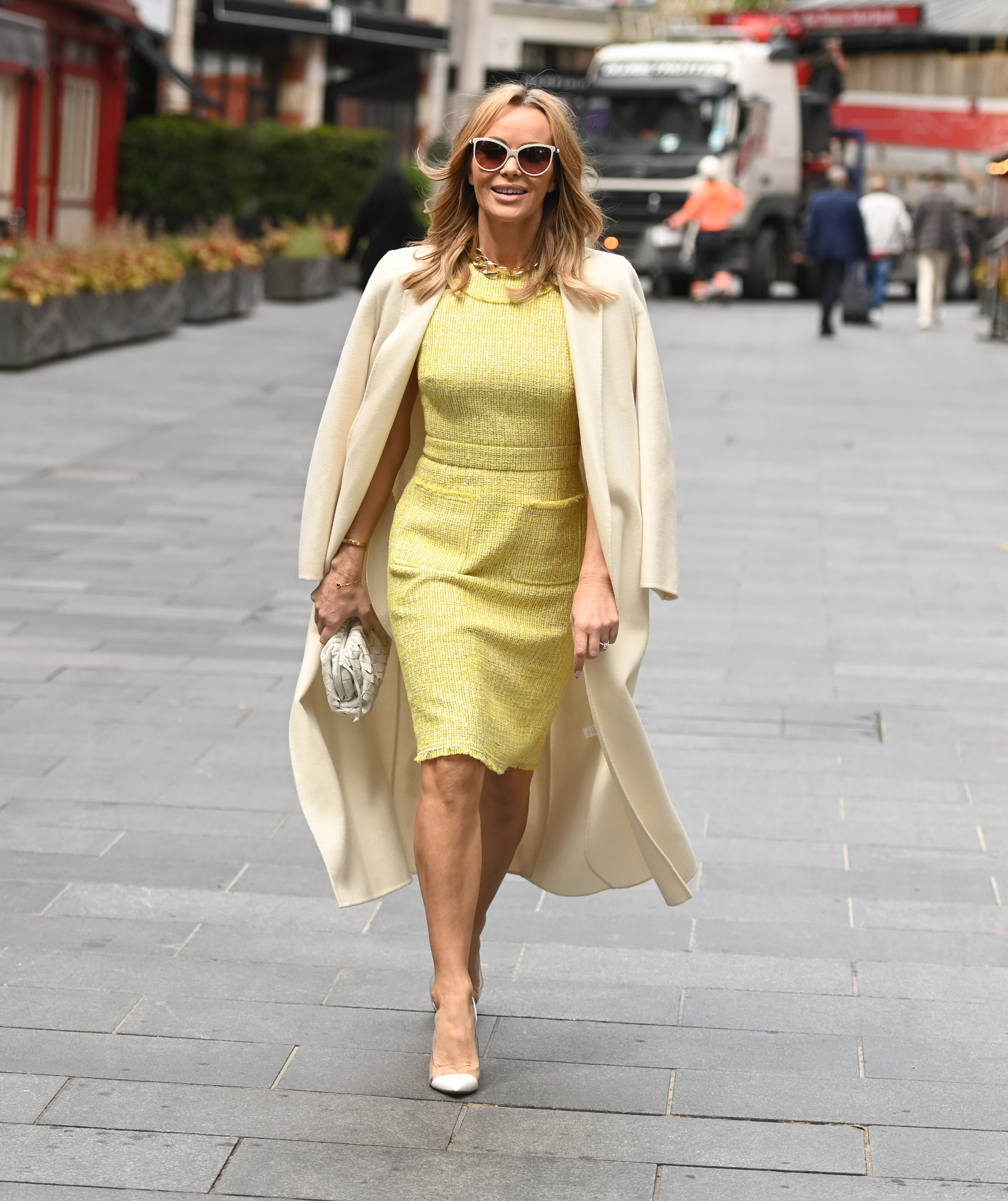 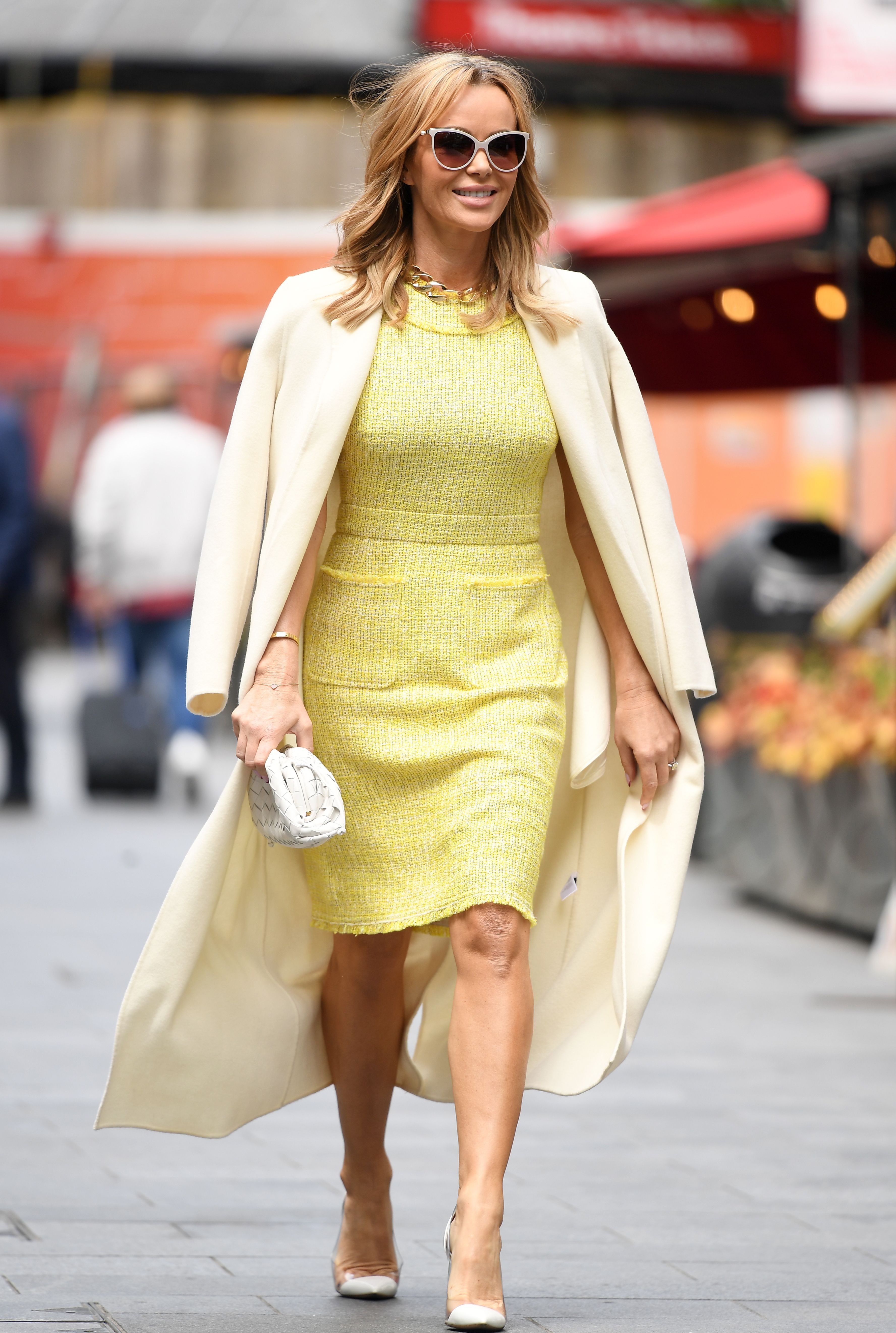 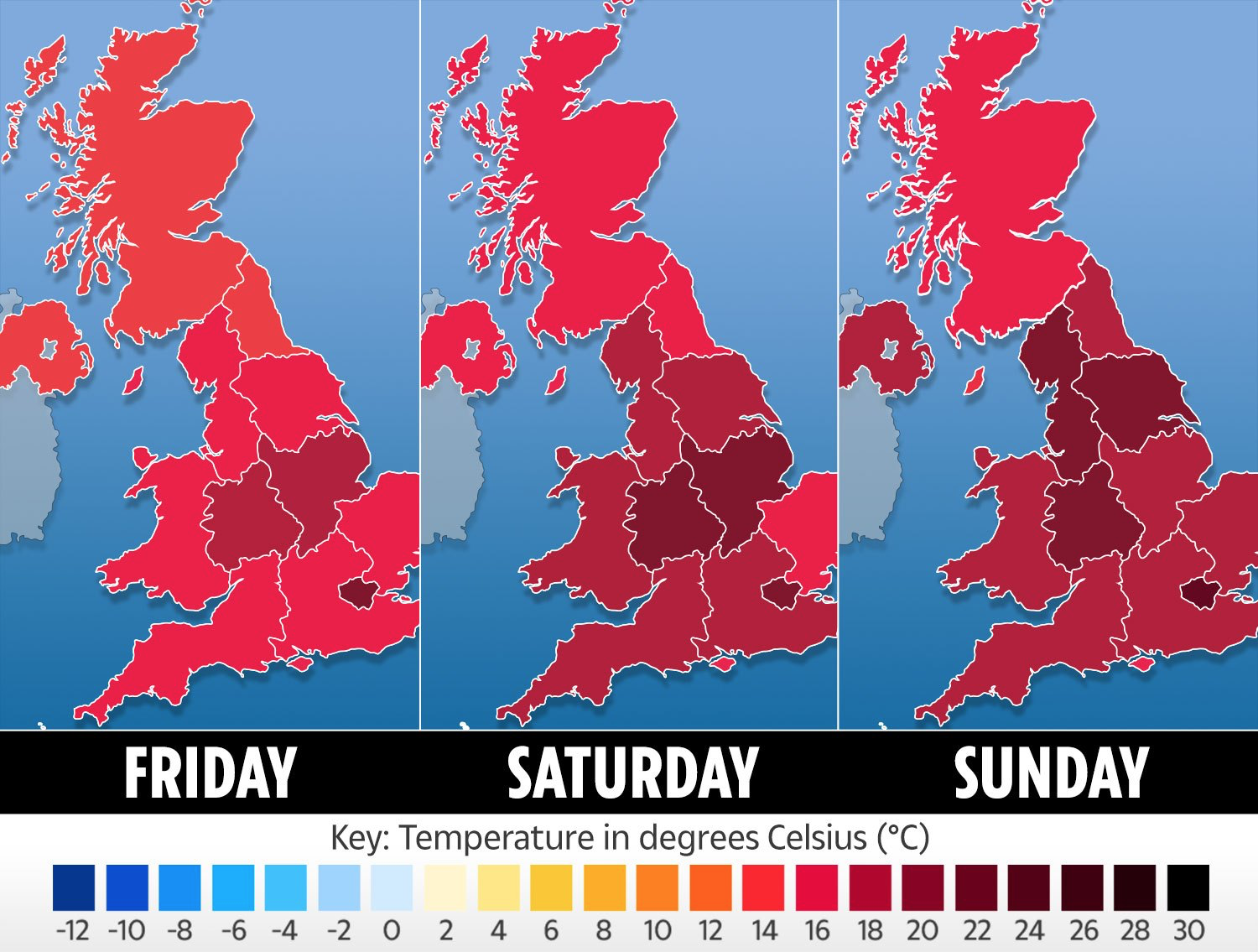 Spring kicked off in the UK with downpours and below-average temperatures, a stark contrast from the blissfully warm temperatures felt across the region this time last year.

Early provisional statistics show that Wales has already had its wettest May on record, with figures going back to 1862 – and there's still another week of the month to go.

And we've seen gales, plenty of rain, thunderstorms and even hail in the past couple of weeks.

But forecasters are predicting the end of the month will be brighter and warmer, with temperatures in London and central parts of England seeing temperatures climb as high as 23C over the weekend.

London and central parts of England could see temperatures climb to as much as 23C over the weekend.

Temperatures haven’t been as high since March 30, when 24.5C was recorded in London.

Other parts of the South East, Wales and North West, were predicted to see top temperatures of around 20C. 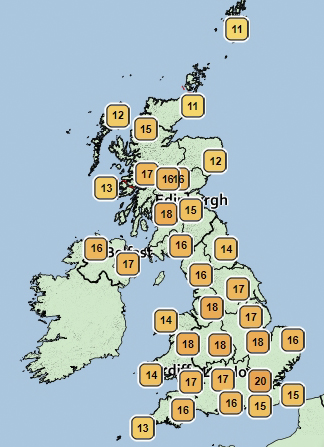 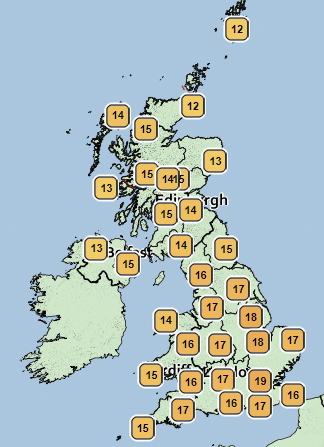 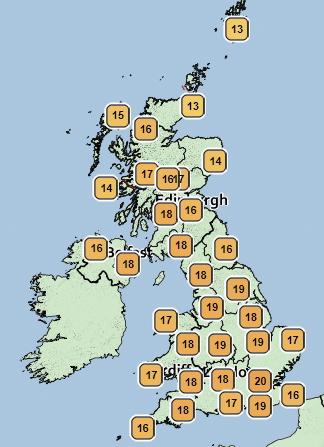