AMY Schumer admitted she got liposuction and showed off her post-baby body in a swimsuit as she boasted she “feels good” at 40.

The actress modeled a tight swimsuit as she shared an update with fans in a new Instagram post. 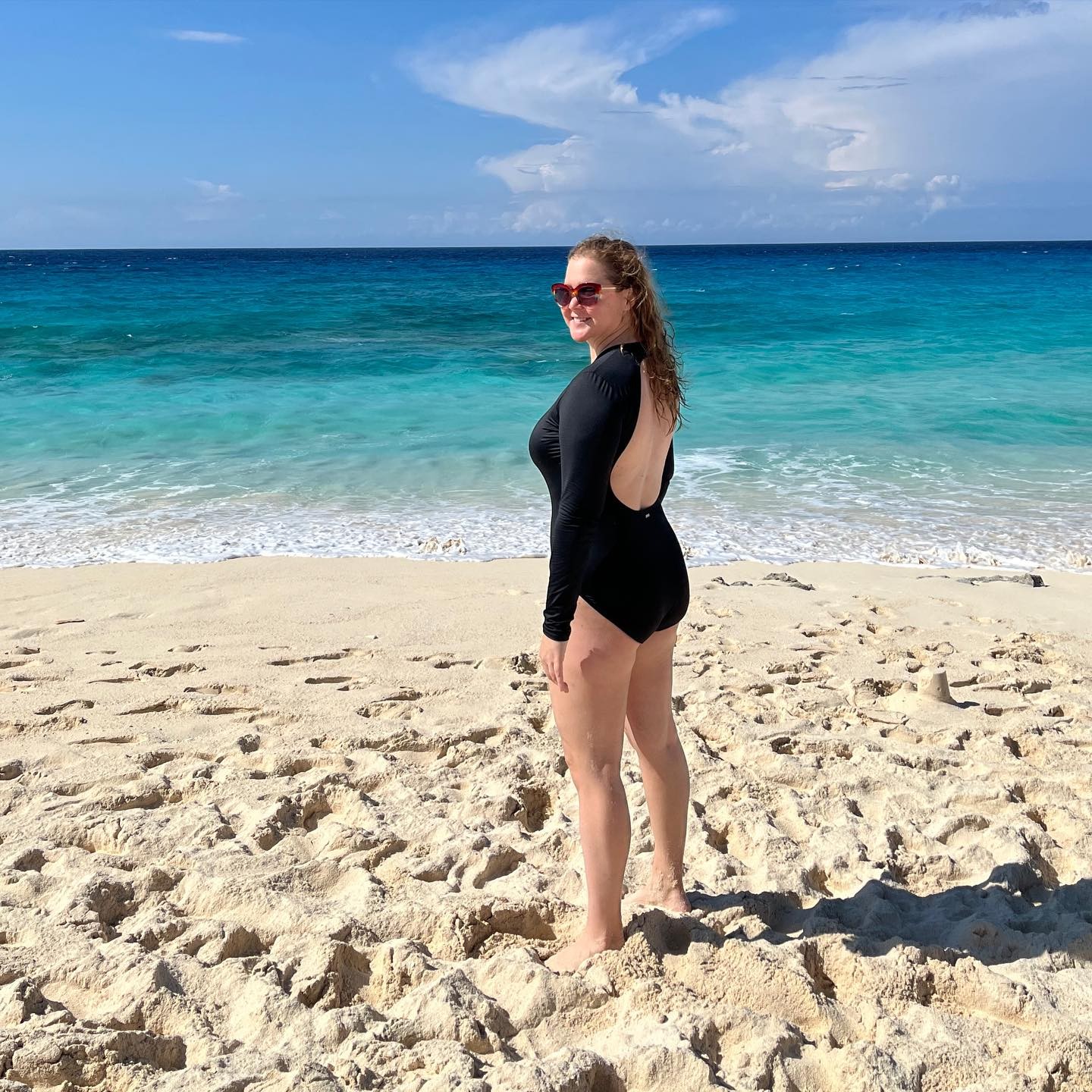 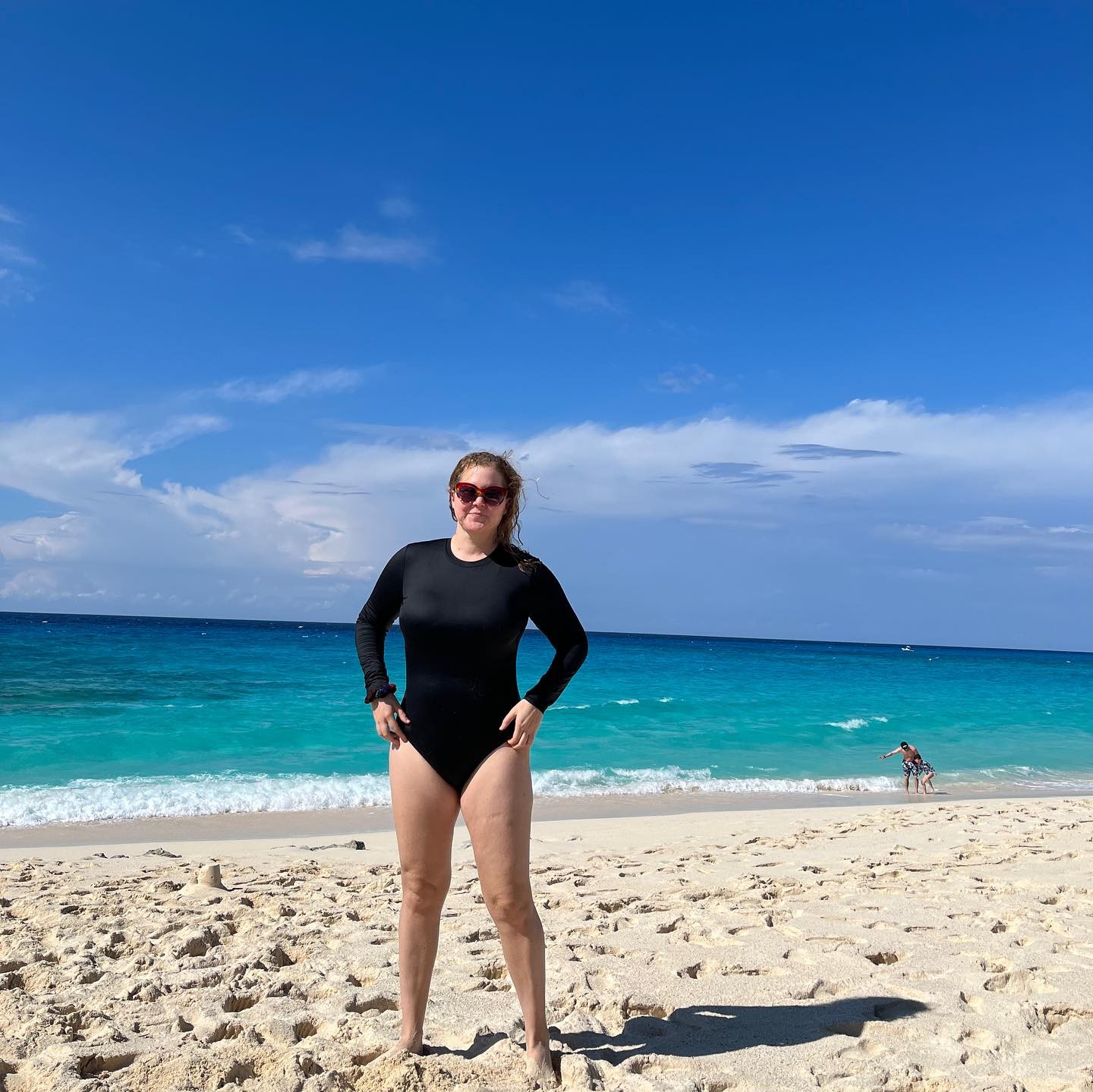 In the first photo, Amy smiled for the camera as she wore a black one piece swimsuit with a large cut out on her back as she stood on the beach.

A following snap caught the comedian confidently posing with her hands on her hips.

She gave her Instagram followers an update on what she’s been up to in the caption, writing: “I feel good. Finally.

“It’s been a journey thanks for helping me get my strength back @seckinmd (endo) @jordanternermd (lipo) never thought i would do anything but talk to me after your uterus doesn’t contract for 2.5 years and you turn 40.”

Amy, who turned 40 in June, continued the post by crediting those that helped her feel better, writing: “ @paulvincent22 vickie Lee (acupuncture) my girl Nicole from the tox my friends and fam. Let’s go!”

She also shared the photos on her Instagram Story, revealing that she weights 170lbs.

Shortly after she shared the post on Tuesday, Amy’s fans rushed to the comments section to praise the comedian on her appearance and attitude.

Another added: “So happy for you!”

A third chimed in: “You look great, but more importantly, you look HAPPY.”

A following Instagram user thanked Amy for her candidness, writing: “Thanks for being so honest about your body.”

Amy- who recently had her fillers dissolved- has been open about her health battles in the past.

The standup-comic gave birth to her only son, Gene, in May 2019 with husband Chris Fischer.

She has been quite open with her pregnancy journey and even gave viewers a private look in her documentary Expecting Amy.

In the doc, Amy spoke about the difficulties women face daily as they struggle to work and prepare to raise a child.

She also opened up on how much she didn't enjoy being pregnant.

At one point she joked to the camera: "I'm just a working comic, puking.

Her husband Chris was then heard saying: "I don't think this is normal."

Amy also revealed she has had just "one month" of not being sick during her pregnancy.

In November 2018, Amy revealed she had been admitted to hospital after developing a condition similar to severe morning sickness called hyperemesis gravidarum (HG).

After welcoming Gene, Amy opened about about her struggle with IVF in order to give her only so a sibling at some point.

She previously posted on Instagram: "I'm a week into IVF and feeling really run down and emotional.

"If anyone went through it and if you have any advice or wouldn't mind sharing your experience with me please do. My number is in my bio. We are freezing my eggs and figuring out what to do to give Gene a sibling." 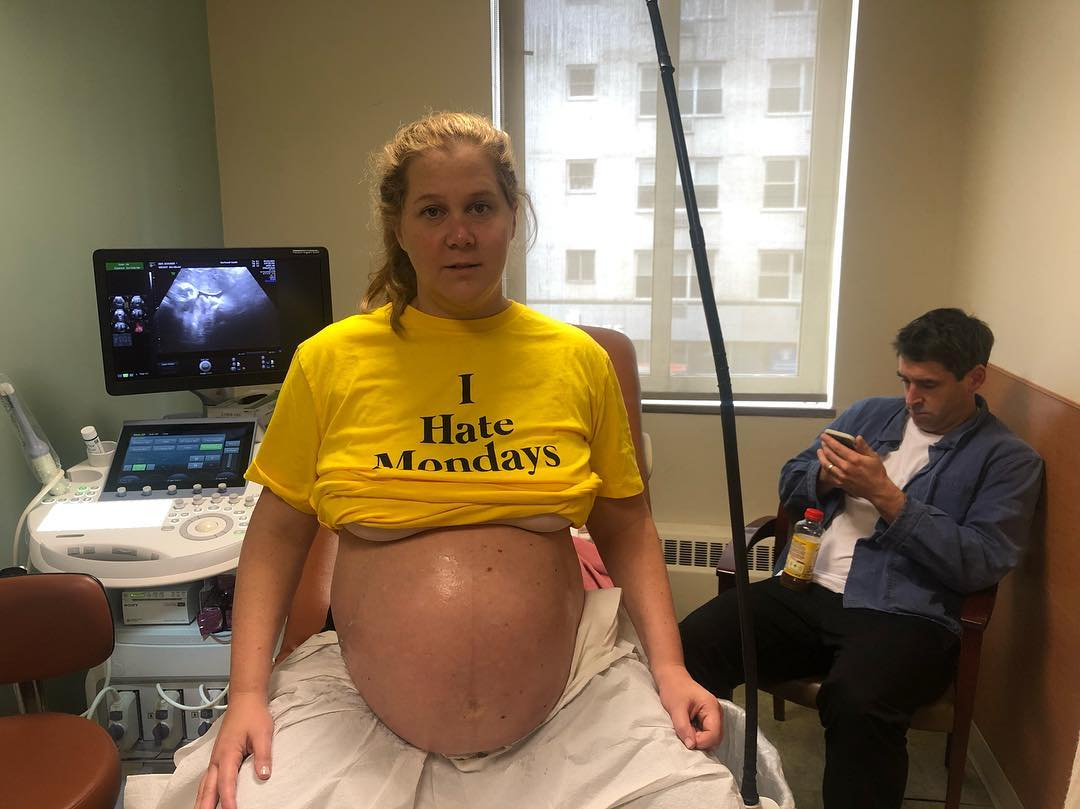 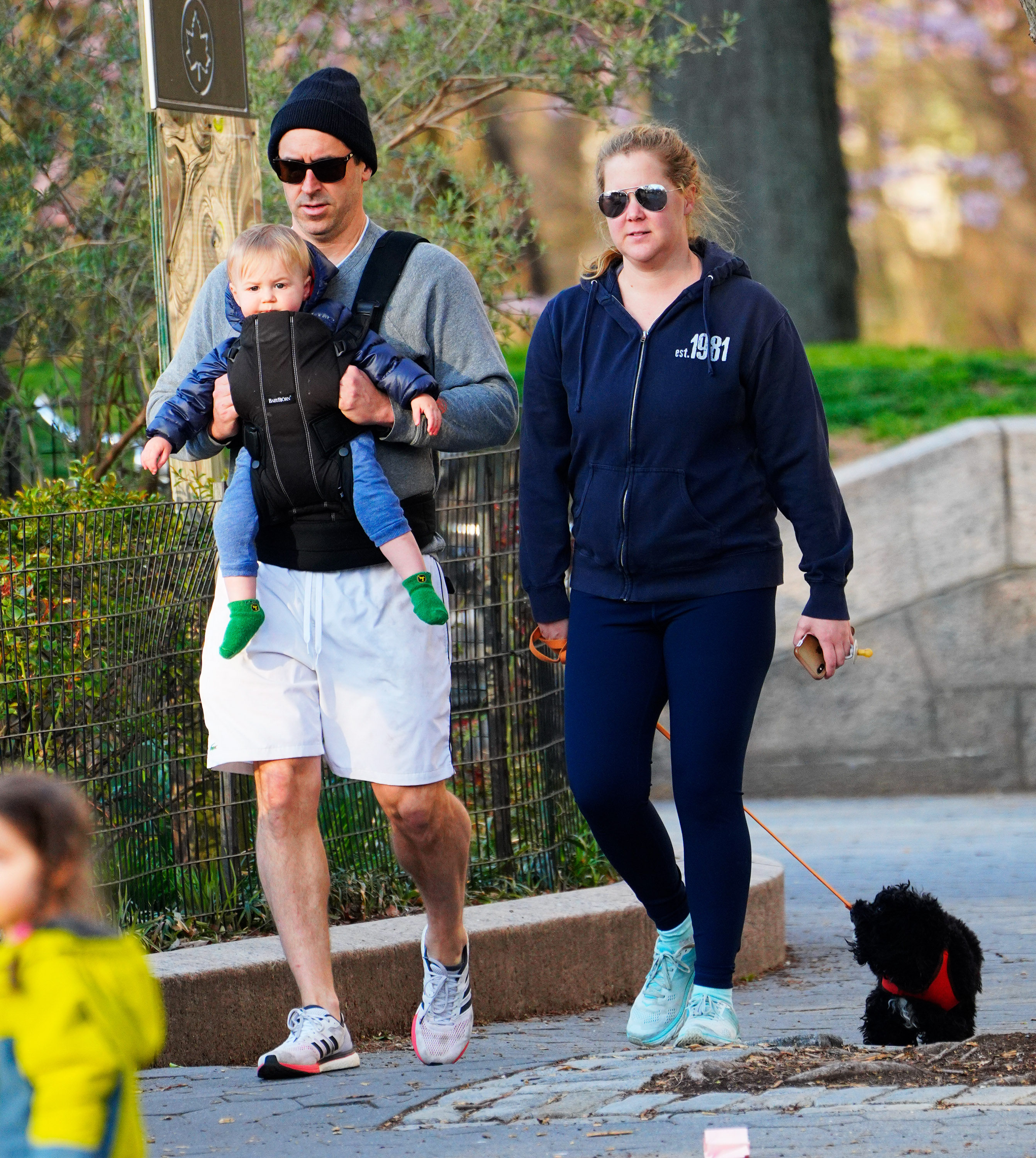 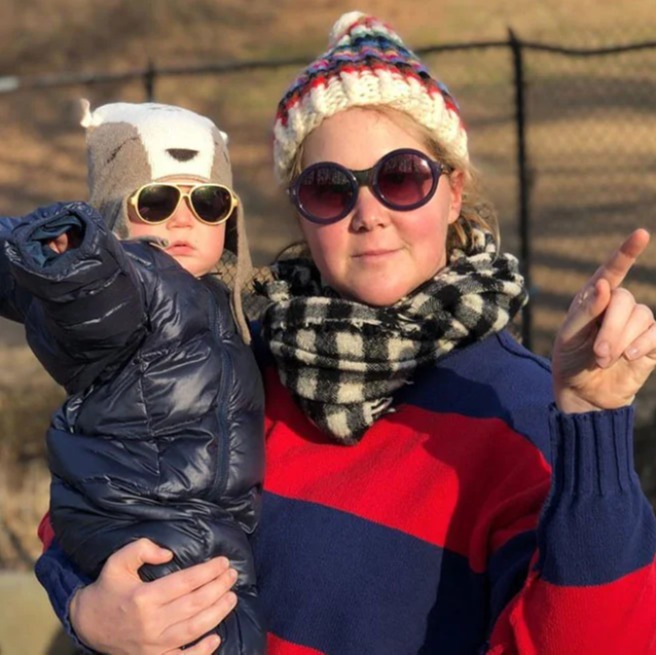