Home » TV and Movies » ‘And Just Like That…’: HBO Max Sets Writing Team For ‘Sex And The City’ Reboot

‘And Just Like That…’: HBO Max Sets Writing Team For ‘Sex And The City’ Reboot

The virtual writers’ room for And Just Like That… has begun with the five writers joining exec producer Michael Patrick King.

Irby, creator of the blog Bitches Gotta Eat, has written on Hulu’s Shrill, Showtime’s Work in Progress and Adult Swim’s Tuca & Bertie and is developing Meaty at Comedy Central with Abbi Jacobson and Jessi Klein. She is set as writer and co-producer.

Fruchbom has written on Parks and Recreation and most recently was a co-exec producer on Fresh Off The Boat. She also co-hosts Hall of Shame, a podcast for Crooked Media. She is a writer and co-exec producer. 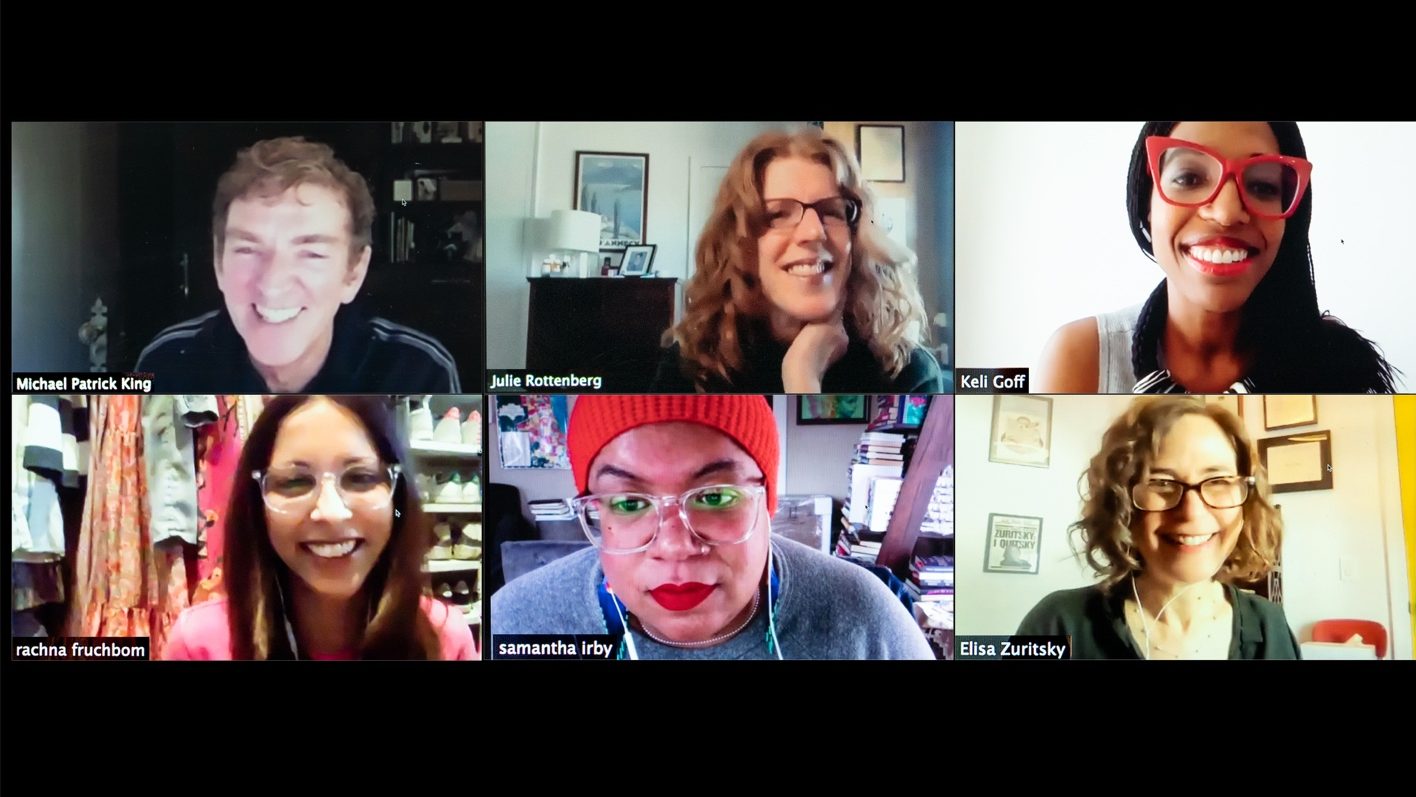 Goff has written for series including Twenties, Black Lightning and Being Mary Jane and produced documentary Reversing Roe. She is set as writer and supervising producer.

Finally, Julie Rottenberg and Elisa Zuritsky have been named as writers and exec producers. The pair worked on the original Sex and the City for HBO and worked with Sarah Jessica Parker on HBO’s Divorce. They have also worked on ABC’s Six Degrees and NBC’s Smash, were showrunners of Bravo’s Odd Mom Out and are writing a Broad City spinoff with Abbi Jacobson, Ilana Glazer and Susie Essman and developing a series with Girls star Allison Williams.

The half-hour show ran for six seasons and 94 episodes on HBO between 1998-2004. It was followed by two feature films in 2008 and 2010. A third movie was in the cards but never progressed. Prequel series The Carrie Diaries launched on The CW in 2013, with AnnaSophia Robb playing a young Carrie Bradshaw, and ran for two seasons.

Irby is repped by UTA and Kent Wolf at Neon Literary. Fruchbom is repped by UTA, 3Arts, and Gang, Tyre, Ramer, Brown & Passman, Inc. Goff is repped by Corinne Hayoun at Manage-ment and Lisa Davis at Frankfurt Kurnit Klein & Selz. Rottenberg and Zuritsky are repped by Artists First and Patti Felker and Dave Ryan at Felker Tozcek Suddleson Abramson.