ANDI Peters was left embarrassed today when his Lorraine logo fell off the wall live on TV – revealing the Good Morning Britain one underneath it.

The 50-year-old star desperately tried to stick it back up, but it kept falling down – so in the end, he presented the competition segment standing in front of the GMB sign. 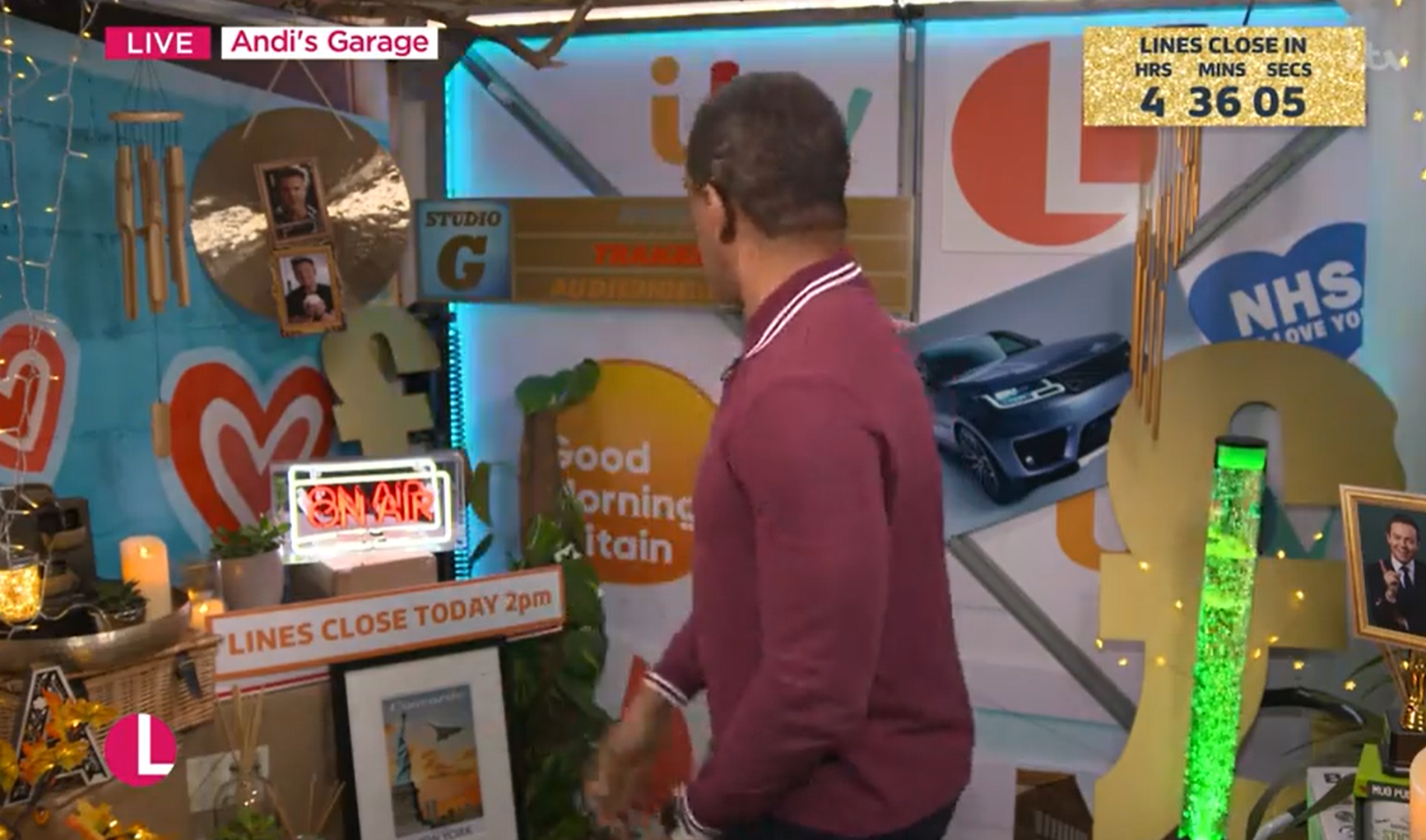 Lorraine Kelly cut to the star partway through her morning show, with Andi presenting from his swish garage.

He kicked off by dancing with some sunglasses on, and as he went to detail the competition there was a loud noise.

Andi turned to look behind him and saw the Lorraine TV show logo had fallen – and noticing that the GMB one had been exposed he tried to brush the gaffe off.

The TV favourite said: "'Scuse me, something's just dropped – my overtime shift on the other show!" 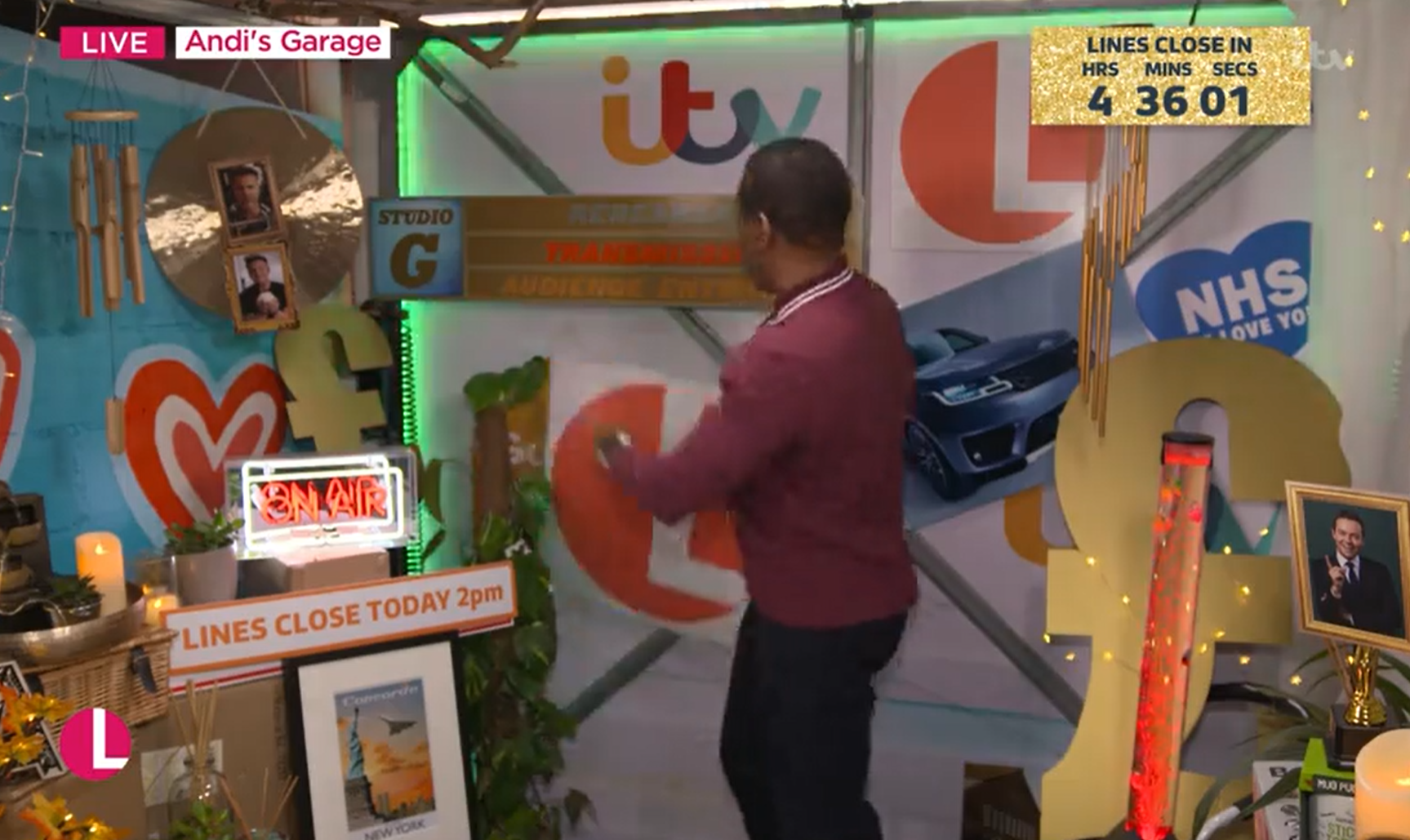 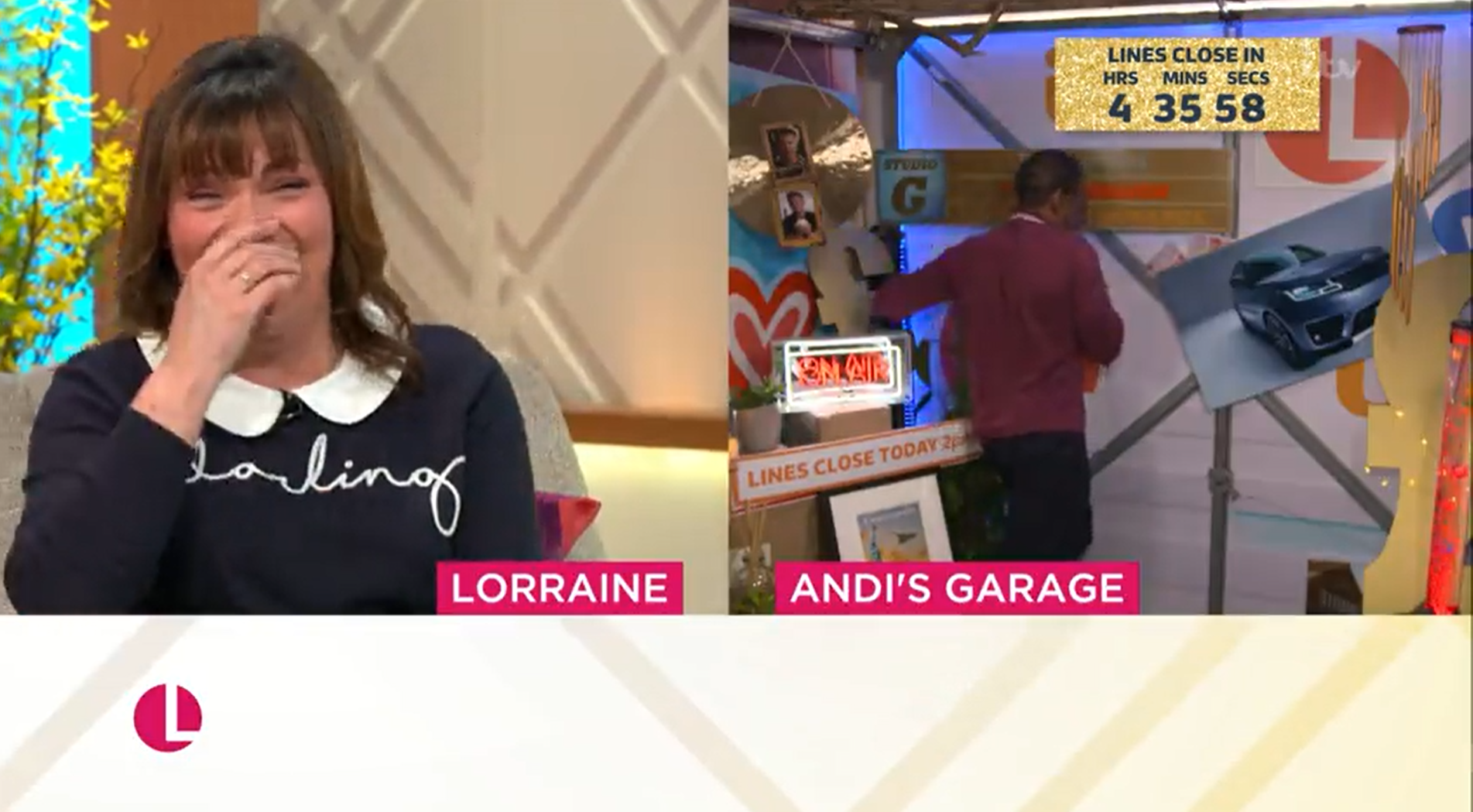 Andi joked back: "The first time I've been on telly today," but as he turned back to face the camera the logo fell again.

Giving up on sticking it to the wall, he simply held Lorraine's logo in front of him and stood in front of the Good Morning Britain one. 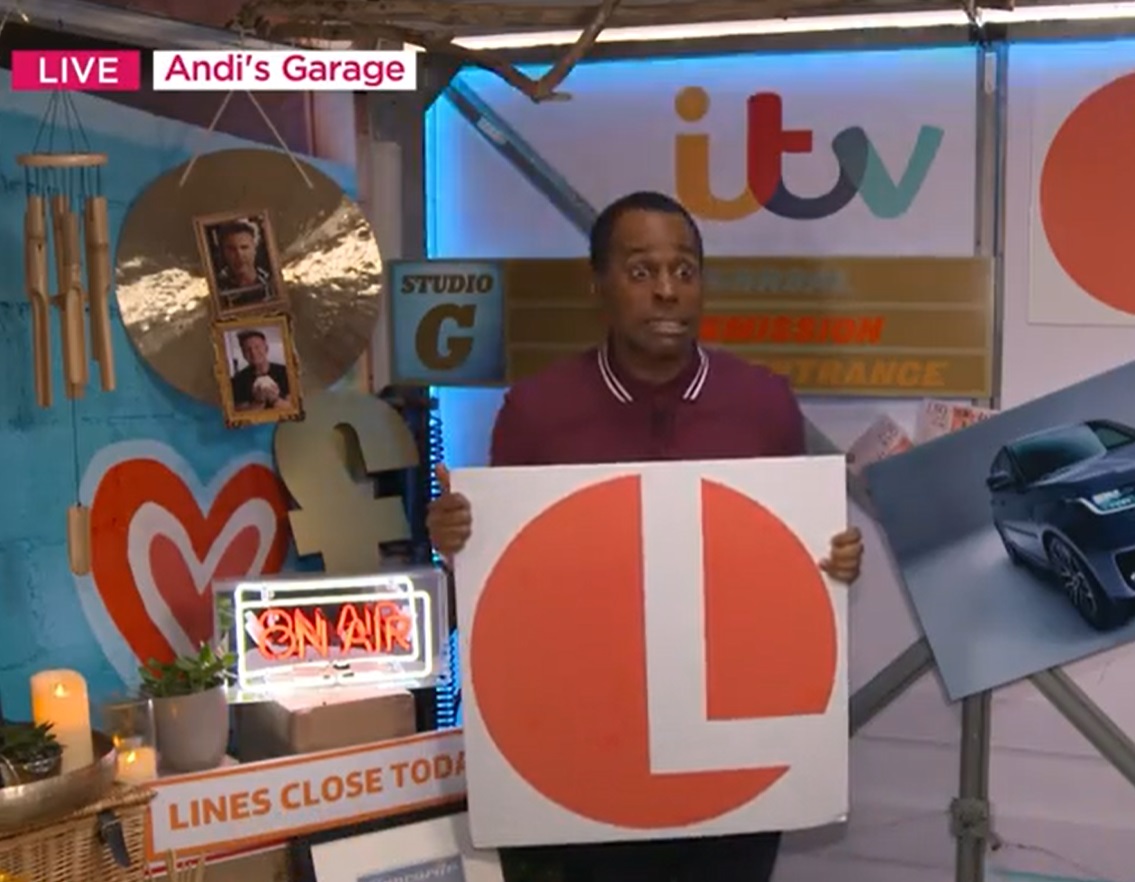 Ever the professional, he then smoothly went over the details for the competition, signing off by telling viewers: "I'm off to buy some blu-tack to stick this up properly."

Next time he was shown on camera, Andi had used strong gaffer-tape to keep the sign in place – commenting that this is what happens when working from home.

Andi first shot to fame on children's TV in the '90s, presenting CBBC as well as Live & Kicking.

He has a net worth of around £3million, and is the regular host of competition segments on ITV daytime shows.