Andrew Neil says he 'will not broadcast hate' on GB News

Britain’s News Channel GB News has announced the first of its programmes ahead of its launch within weeks and Andrew Neil is leading the line-up with a prime time news and interview programme called Andrew Neil.

Ex-ITV presenter Alastair Stewart will anchor Alastair Stewart & Friends, a warm conversation and analysis of current affairs through the lens of his 45 years’ experience at the sharp end of Britain’s biggest news events. 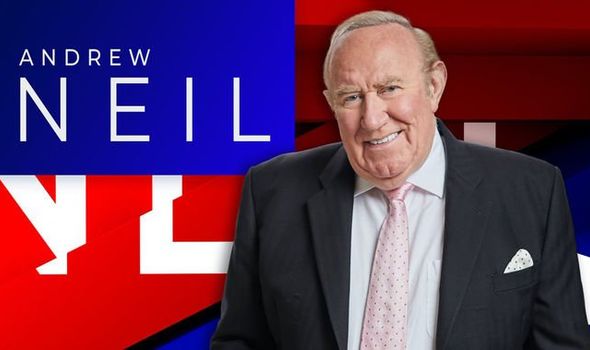 While journalist Colin Brazier and social commentator Mercy Muroki are teaming up to host a show together, as are former Labour MP Gloria De Piero and economist Liam Halligan.

Former BBC journalist Simon McCoy is teaming up with Alex Phillips and together they will co-host an afternoon programme.

As for the channel’s morning show – titled The Great British Breakfast – GB News viewers will see Nana Akua, Kirsty Gallacher, Rebecca Hutson, Inaya Folarin Iman, Darren McCaffrey and Rosie Wright, all of whom will work across other programmes and news stories as well host on rotation.

The channel has also announced a team of regional reporters who will help deliver on its mission to serve all communities across the United Kingdom and involve more non-metropolitan voices in the national conversation.

“We can sense a real hunger for something fresh and different in television news and debate,” said Director of News and Programming John McAndrew.

“It’s humbling because we are a small start-up with a fraction of the resources of others, but what we lack in size we make up for in passion and determination to provide a welcoming home for honest British news and debate.

“All our presenters will have the freedom to say what they think, to have some fun and to be brave about covering the issues that really matter to the people of Britain.”