Angelina Jolie has revealed the impact she hopes her new film Eternals will have on her daughters, explaining she wants them to know they can be ‘feminine and imperfect’.

The Oscar winner plays Thena in Chloe Zhao’s new Marvel blockbuster, with the actress admitting her character often ‘struggles to be strong’.

Angelina told Metro.co.uk: ‘What I was happy to show my daughters is that being a strong woman also means being feminine and vulnerable and open and imperfect.

‘That’s what like most about [Thena], is that she struggles to be strong, and that kind of makes her stronger.’

Angelina, 46, shares six children with her ex-husband Brad Pitt, with the star bringing Maddox, 20, Zahara, 16, Shiloh, 15, and twins Vivienne and Knox, 13, to the blue carpet for the Eternals Gala in London. 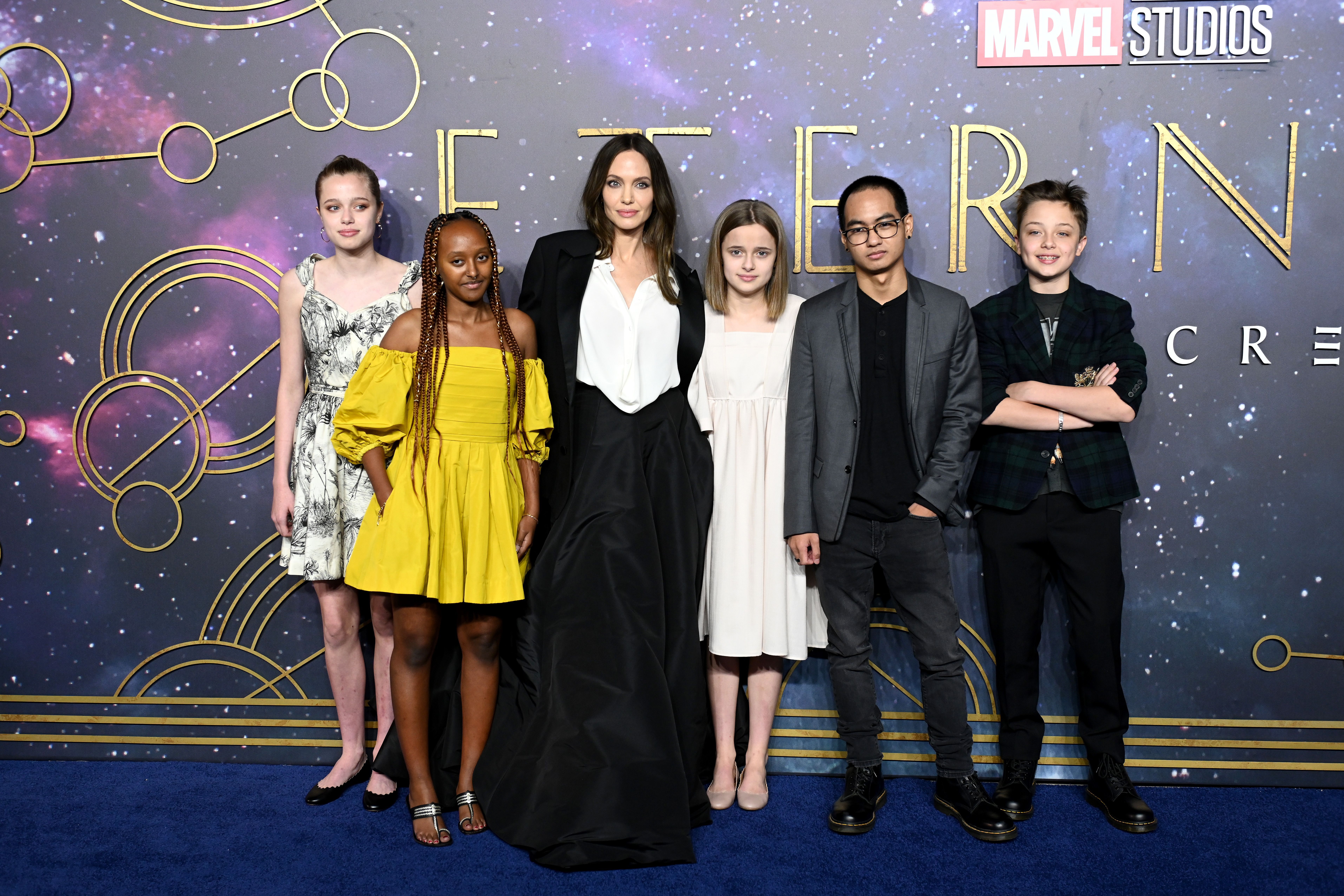 Asked about saying yes to the film, Angelina previously told Associated Press on the red carpet: ‘The cast, the diversity that that these would be our new superheroes.’

Speaking about why a film like Eternals is important for her children, she added: ‘I think they haven’t seen it yet, and I don’t think they realise right now what it’s going to mean, but they’re going to see it and it’s going to… I remember watching Black Panther with Zahara when she was little.

‘And I remember her siblings watching her and I remember what that felt like. So, seeing everybody together in one family, it feels a little like our home. And, you know, so when we go and we see this cast, we can joke at home that we could dress up as the Eternals because actually there’s a family that we could be.’

Eternals, directed by Oscar-winner Chloe, is part of the fourth phase of the Marvel Cinematic Universe (MCU).

The film features immortal aliens who have been secretly living on Earth for thousands of years waiting for the right moment to jump into action.

The events kick off immediately after 2019’s Avengers: Endgame when an unexpected tragedy forces the Eternals out of hiding to reunite against the Deviants.

Eternals is due for release in UK cinemas on November 5.