The programs feature many surprises, including a cat that plays Wordle and a lone man’s odyssey to feed Turkish strays. 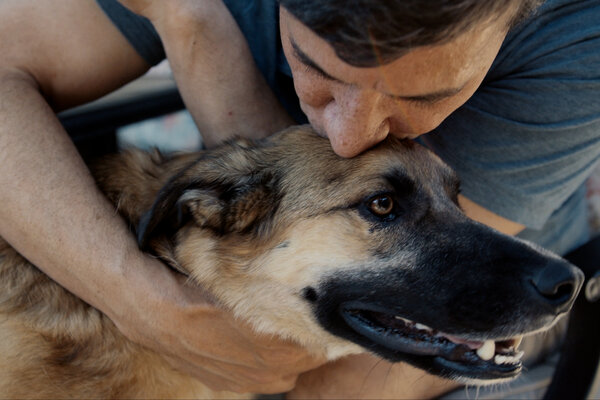 During her early years as the director and founder of two animal film festivals, audience members would occasionally confront her and say, “‘Why don’t you give Kleenex?’” Hotchner recalled. While her programs have never included “Old Yeller”-style tear-jerkers, she acknowledges that her first festivals were too long and emotional. Even a steady string of uplifting tales could cause sentimental overload.

But when Hotchner’s seventh annual NY Dog Film Festival and fifth annual NY Cat Film Festival arrive on Sunday at the Village East by Angelika Theater in Manhattan — before a monthslong tour of the United States and Canada — they will be as sleek and compact as a prizewinning Abyssinian or a champion greyhound. Featuring international short films, each festival now runs under two hours and intersperses serious works with the purely comic. (The 16-film cat festival screens at 11 a.m., the 17-film dog festival at 2 p.m.)

This year, moviegoers can witness the challenging lives of feral cats in Malta and abandoned dogs in Mexico. Yet they can also see a feline parody of “America’s Got Talent,” fancifully animated dog and cat crime capers and a documentary about golden retrievers that served as the legitimately elected mayors of Idyllwild, Calif.

With each festival, “I’ve tried to make it more balanced and something that is a magic carpet ride,” said Hotchner, an author and radio host in Bennington, Vt., whose Radio Pet Lady Network features online talk shows. During a telephone interview, she added, “There’s lots of short films, but you don’t have several in a row that slam you emotionally.”

The programs have transformed in other ways, too. The 2022 editions are the most global, including films from Chile, France, Ireland, China, India, Israel and Sweden. Hotchner is also extending the projects’ reach: A film distributor is booking both festivals in other cities well into 2023. And for the first time, she is hosting a 20-minute question-and-answer session with a few filmmakers after each festival’s Manhattan screening.