As well as being an expert on Antiques Roadshow, Will is also a fine art and antique auctioneer, therefore he knows a thing or two about unique glasswork. Joining an owner of a Pianon glass bird at the Aerospace in Bristol for the latest instalment of the BBC programme, the ceramics specialist couldn’t quite believe what he had set his eyes on as it was the first time such an object had appeared on the show. Having recently bought a replica of the relic, he knew exactly how much it would value at auction, but it seemed the reveal didn’t go down too well, with some viewers claiming the relic was “horrid”.

Beginning the segment, Will explained: “This is my 14th year on the Antiques Roadshow and when I first joined, I had a checklist of three things I hoped to see during my time.

“I am thrilled to say that we have very successfully ticked off one of those boxes because before us, we have the most brilliant bit of fantastic glass at its best.”

Revealing to the expert how she got her hands on the glass bird, the guest said: “It’s my sisters and she got given it as a wedding present in 1966.”

“These for me are just a wondrous thing in the fact they are the pinnacle of craftsmanship from the Island of Murano, just off Venice,” the fine art specialist continued.

“This is just a time when the island was really flourishing and really finding its feet by creating some of the most spectacular glass in the world.” 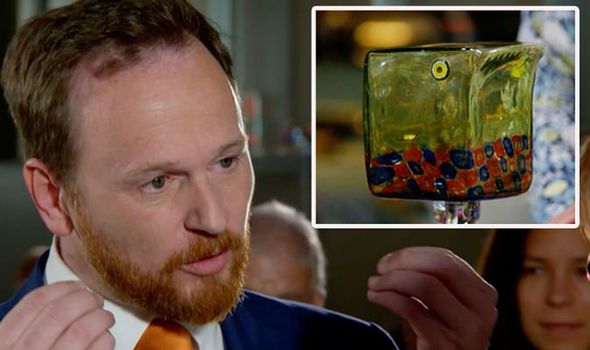 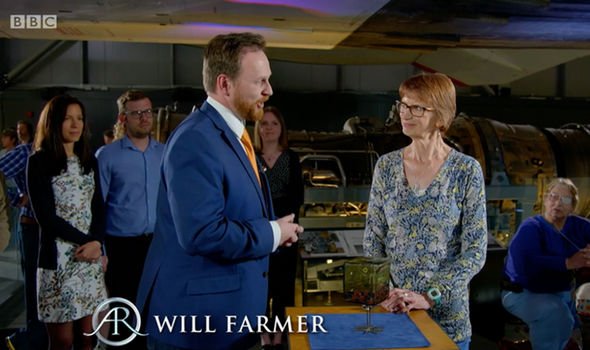 Discussing the creator of the piece in more detail and how he had an impact on the company who went on to sell the galls birds, Will added: “Alessandro Pianon was brought on board in 1956 and initially it was to take the company in a new direction.

“The first thing he did was redesign the brochure, redesign the logo for the firm and actually by 1960, he’d changed altogether and he’d started developing the glass itself.

“That in itself is quite amazing because Pianon was an architect but I sort of think when you look at this, is he approaching this with an architect’s mind the way the form is made?”

With the glass bird, just one of a collection of objects, the expert explained to the guest: “There’s a round one in bright orange, there’s a tall one in green, there’s one I always call the fortune cookie which is sort of blue with stripes.” 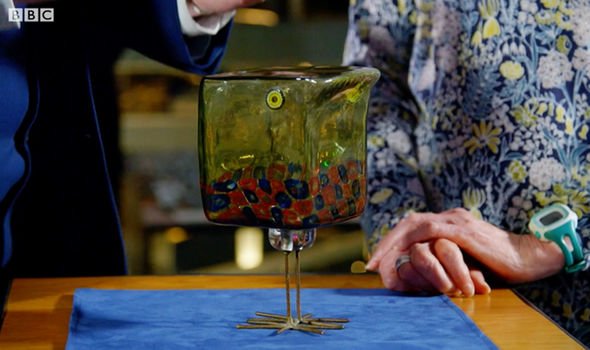 “There’s a big fat mother hen in purple but do you know what, there’s one that’s the rarest of them all – that one,” Will declared.

“A lot of that is down to the manufacturing process and when you look and you really consider – when you look at the grandmasters of the Venetian glassworks of these wonderful creations – this is a very complicated piece of glass to make.

“It has marine cane all around the front, it’s got marine eyes but it’s square. It’s got this wonderful little pulled beak that just makes him that little character.

“And, actually, when you sit them together with all of his friends they just make you smile,” he remarked, having discussed why the object is so unique.

This is the best one

Gearing himself into the valuation, the expert said: “They were expensive when they were new and they’re expensive today.

“And this is the best one and I know how much these are worth because this was the last one that I bought.

“And this one has just cost me the best part of £7,000,” Will added, with the guest left speechless by the price of the glass bird.

“Gosh!” she exclaimed, though viewers weren’t too pleased with the valuation as they thought the appearance of the object was quite off putting.

Taking to Twitter, one wrote in shock at the price: “7k for that glass bird thing??? #antiquesroadshow.

Another added on the social media platform: “That glass bird thing is horrid. #antiquesroadshow.”

Whilst a third commented: “‘I had three things I wanted to see on AR’ Holy grail? Ark of covenant? Excalibur?

“No, some s**** Murano glass #AntiquesRoadshow,” they continued in outrage at the expert’s valuation.

Antiques Roadshow airs Sundays at 8pm on BBC One.