Fiona Bruce showcased some of the best valuations of the summer in the latest instalment of Antiques Roadshow. While enjoying the British summer, expert Joanna Hardy was tasked with evaluating a stunning jewellery collection and left the owner speechless when she announced how much the pieces were worth. 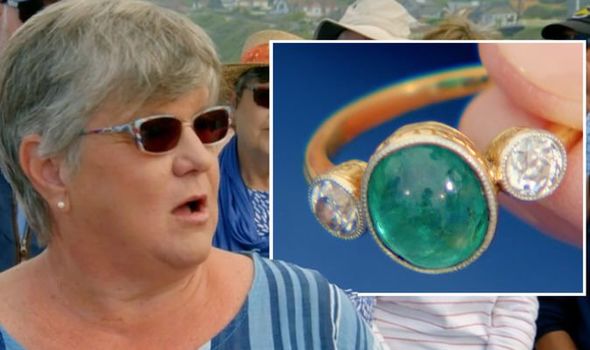 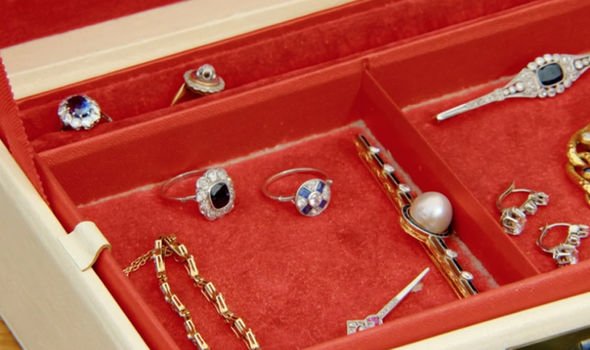 Standing on the pier, Joanna said: “I’ve been valuing jewellery today but it’s also been a bit of a nightmare for me.

“The slats are just big enough for a nice diamond earring to go straight through to the sea.

“That would be about right,” the Antiques Roadshow guest said.

Describing how she came in possession of the collection, the guest shared: “Well it was left to me by my mother. I believe some of it came from France.”

“Why do you say that?” Joanna asked.

“A story she told me that was brought out before the war by my great aunt. She wanted my family to have it,” the owner explained.

Joanna remarked: “[So it was given to your father] and your father travelled over with it?”

“He came over before the war to join the airforce,” the owner confirmed. 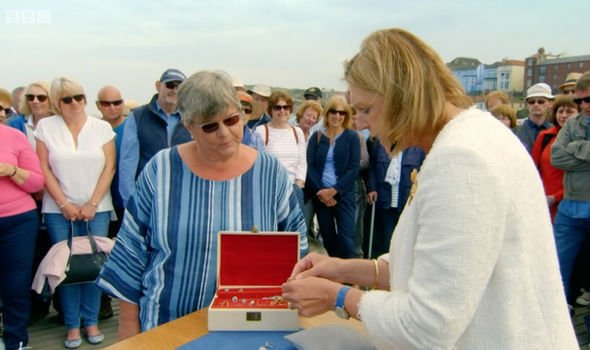 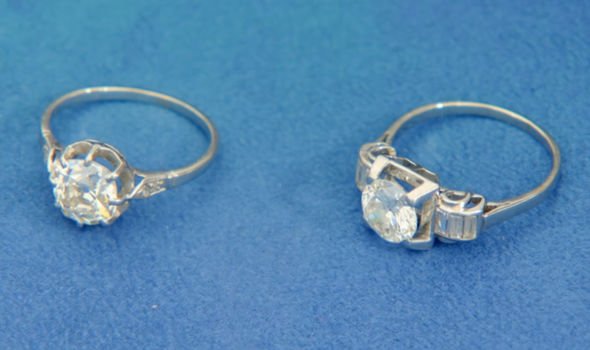 “And do you remember anyone wearing it?” Jonna asked.

“Just my mother on special occasions she used to wear the two diamonds, the earrings and the brooch all together it was her statement,” she replied.

Jonna continued: “So we have here this brooch, a beautiful deco brooch, 1925, made in platinum.”

“These are all beautifully made but what is really interesting is these came from France.”

Joanna explained the jewellery in the top layer of the box all feature French hallmarks.

The expert added: “The last one I’m going to highlight is this beautiful sapphire pendant. These are synthetic sapphires and what is interesting is that it’s set in platinum, I turn it over it is still beautifully crafted and it is set with a diamond.

“Just because it’s a synthetic sapphire doesn’t mean it distracts from its beauty. It’s still a charming gem.”

Revealing the collection’s value, Joanna said: “Collectively I would be at auction just the top shelf looking at £20,000.”

“Oh my goodness didn’t expect you to say that,” the owner replied.

“It’s a lovely collection, what a time capsule,” Joanna said. “Thanks for coming in and don’t drop anything.”

Antiques Roadshow airs Sunday on BBC One at 7pm