Even at its best, the summer box office to date has shown mixed results that should have anyone in the exhibition feeling nervous about the future. But some of them are showing signs that they’re ready to pivot.

In a significant development that went relatively unnoticed, Cinemark, the third-largest domestic exhibitor in the U.S., recently announced a partnership with Mission Control, an e-sports firm, to host gaming events and related activities to many of their U.S. theaters. This is a smart move and part of what we are likely to see more of as exhibitors, faced with reduced grosses and fewer films released by studios to theaters, innovate with ways to monetize their screens in other ways than showing movies.

Of course, films will still serve as the bulk of the in-auditorium revenue, and there are green shoots showing some semblance of decent results. “A Quiet Place Part II” (Paramount) is the best example, landing in its fourth weekend in second place. It fell only 22 percent this weekend and has reached $125 million. That’s the best gross in over a year, and gives it 84 percent of what its predecessor took in through its fourth weekend. This would be considered decent without intervening factors. In context, it’s fantastic. 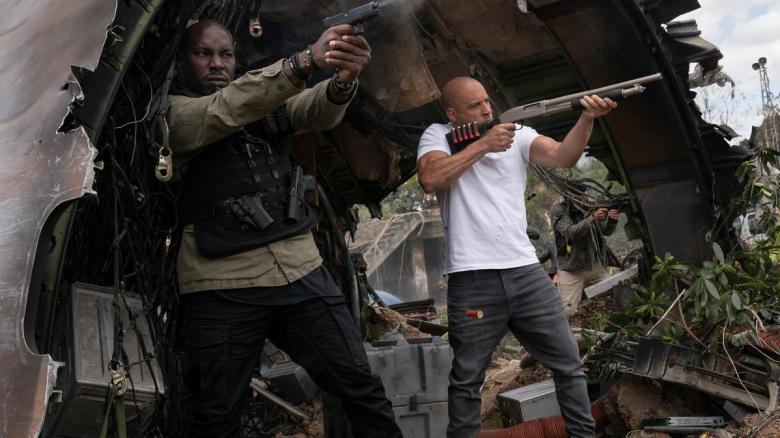 But the real test will be “F9” next weekend. Already with $292 million recorded in foreign territories (with little Europe and no Latin America yet), it is expected to be the first film to open to over $50 million since February 2020.

Of course, “F9” is part of a lengthy franchise. That’s consistent with what continues to dominate grosses. This weekend’s four top films are all direct sequels, with “Cruella” (Disney), a franchise-adjacent title, in fifth place.

Lionsgate has had elevated success in creating series out of original titles, and their proficiency in that is shown once again by the initial results for “The Hitman’s Wife’s Bodyguard.” Opening last Wednesday it has taken in $17 million so far, with an anticipated Father’s Day boost bringing in $11,675,000 for the weekend.

The initial caper comedy took in over $21 million. The sequel elevated Salma Hayek to co-lead along with Ryan Reynolds and Samuel L. Jackson. Lionsgate reportedly provided less than half of the $70 million budget, before marketing costs. It is a theater-only title with expectations for a slower Premium VOD release than the post-third weekend offering for their “Spiral.” It benefited from no other new release this weekend, and no other films grossing over $10 million. Whether it sustains this decent start is yet to be seen.

The weekend saw a collapse in comparison to the same calendar weekend in 2019. This is an uneven barometer — the strength of releases in respective years is key (“Toy Story 4” opened in 2019, “F9” next week will upgrade this year). That said, after three weekends where the share was a steady 42 to 45 percent, this one fell to only 23 percent. That’s with total grosses adding up to only $47 million, compared to $204 million two years ago. At some point, it needs to improve to a sustained 75-80 percent for theaters to have anything like normalcy.

These results are the lowest since before Memorial Day weekend, down more than 20 percent from last week. Even with a high quotient of recent top films (five over the past three weeks), and three of them theater-only, things aren’t trending in the right direction. 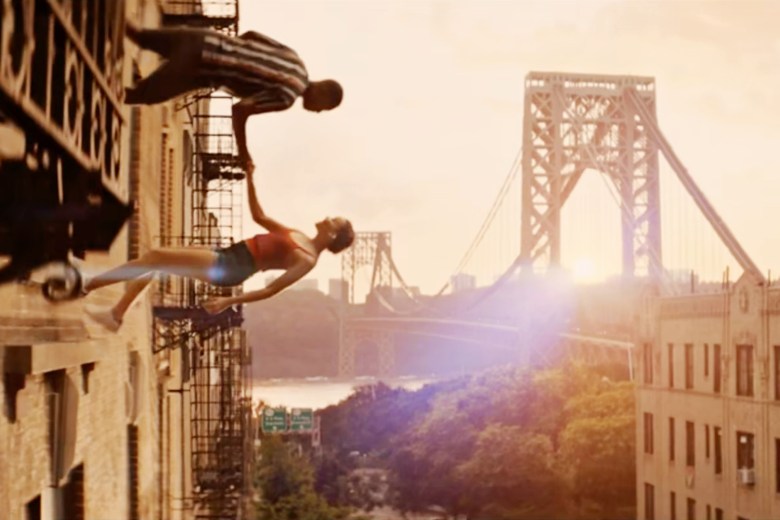 The fate of “In the Heights” (Warner Bros.) is the most disconcerting among the holdovers, several of which — along with “Quiet” — did well. The adaptation of Lin-Manuel Miranda’s musical dropped a whopping 63 percent from its tepid opening, going from second place to sixth. The gulf between initial viewer response and wider audience reaction is vast. At this point, its likely ultimate domestic gross might not reach $30 million. It did open to a decent $1.4 million in the U.K./Ireland, but there was little interest for the releases in Mexico and Spain.

“12 Might Giants” (Sony Pictures Classics) placed at #8 as it expanded from its initial Texas-only dates for this retelling of the story of a legendary high school football team. Like other specialized companies, SPC is pursuing non-platform releases at least for the moment.

Focus opened Edgar Wright’s acclaimed documentary “The Sparks Brothers,” which placed #11 in 534 theaters with a small $265,000 total. However, it did have some good results, particularly at Alamo Drafthouse locations in Brooklyn and Los Angeles.

“Rita Moreno: Just a Girl Who Decided to Go for It” (Roadside Attractions) got unwanted publicity this week tied in with the “In the Heights” racial-issue controversy. Also well reviewed, it managed only $75,715 in 227 theaters.

More limited, “Truman and Tennessee: An Intimate Conversation” (Kino Lorber) took in $11,245 in 16 theaters. But that included $6,351 at New York’s Film Forum, a much improved result as seating restrictions have been removed. Rita Moreno: Just a Girl Who Decided to Go for It (Roadside Attractions) – Metacritic: 79; Festivals include: Sundance 2021