As the Writers Guild Ceremony Looms, Here’s the TV Forecast

Despite a shaggy year that often made for uncertain times, the WGA has pulled together a strong set of nominees who are all looking to the awards to spark some buzz in the weeks and months to come.

The Drama Series category consists of AMC’s “Better Call Saul,” Disney+’s “The Mandalorian,” and Amazon Prime’s “The Boys,” while Netflix has two nominees in “Ozark” and “The Crown.”

The WGA saw several freshman shows double-dipping, nominated for both Comedy Series and New Series — specifically, Apple TV+’s “Ted Lasso” and Hulu’s “The Great.” Rounding out the Comedy category are veteran series “Curb Your Enthusiasm” (HBO) as well as two shows in just their second season with “Pen15” (Hulu) and “What We Do in the Shadows” (FX Networks).

Alongside “Ted Lasso” and “The Great,” three other series were nominated for New Series, including HBO Max’s “The Flight Attendent,” HBO’s “Lovecraft Country,” and FX Networks’ “Dave.”

And in the long-form series categories, variety was the name of the game, with a distinct blend of big-name hits and little-known favorites. In Original Long Form, that meant USA’s “Dirty John: The Betty Broderick Story,” Netflix’s “Hollywood,” FX Networks’ “Mrs. America,” Disney+’s “Safety,” and Amazon Prime Video’s “Uncle Frank.”

The honors from the WGA serve as the next stop on the long road to the Primetime Emmys and hold the honorable distinction of often doing pretty well, actually, when it comes to predicting the strongest competition as the season evolves.

One of the reason’s the organization is able to keep its finger on the pulse of the writing community is its diversity of categories, in comparison to the Emmy Awards. The WGA splits limited series — sorry, long-form series — into separate divisions of original and adapted, but most importantly has adopted a category for new series, which allows for more recognition of worthy programs. 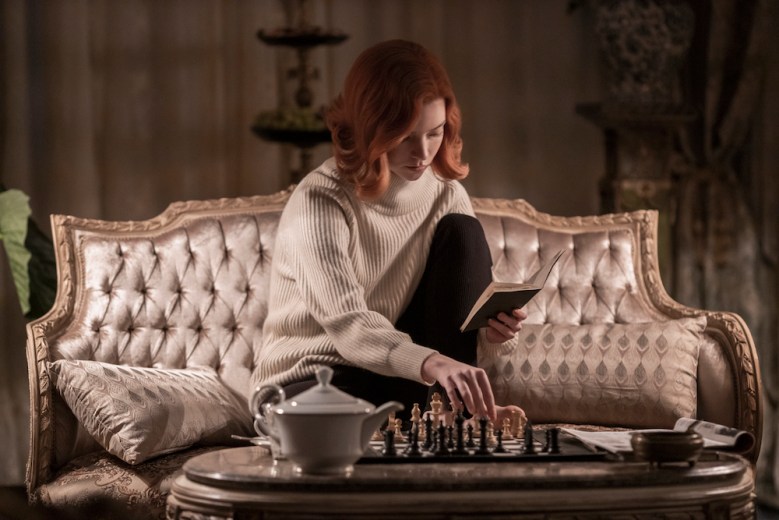 Anya Taylor-Joy in “The Queen’s Gambit”

Having multiple categories is particularly helpful when looking ahead to the Emmys because the WGA, as with all the guilds, adheres generally to the calendar year schedule utilized by the Oscars, not the June through May eligibility favored by the Emmy Awards.

Last year saw HBO’s “Succession” win both the WGA Award and the Emmy for drama series writing, while HBO’s “Barry” won the award for comedy series writing with WGA and Pop TV’s “Schitt’s Creek” won for writing at the Emmys (along with every other category).

That’s not bad. WGA was right on for “Succession” and, well, because of timing, “Barry” wasn’t eligible for last year’s Emmys, so “Schitt’s Creek” didn’t have to contend with everyone’s favorite hitman.

With regards to limited series, things are a little dicier but because of things that the WGA had little to nothing to do with. Last year, the organization awarded HBO’s “Chernobyl” and FX Networks’ “Fosse/Verdon” with the crowns for original and adapted long form project, while, in reality, it was HBO’s “Watchmen” that triumphed at the Emmy Awards.

But in the WGA’s defense, last year’s awards were held before “Watchmen” had declared it was running in limited series, not drama, so last year saw the adaptation competing head-to-head with “Succession,” which is a position no one wants to be in. That said, “Watchmen” did win last year’s award for New Series, so the WGA didn’t get it all wrong. Plus, both “Chernobyl” and “Fosse/Verdon” were at the end of their awards farewell tour, having already competed at the Emmys in 2019.

So when everything is said and done, how will things shake out on Sunday? 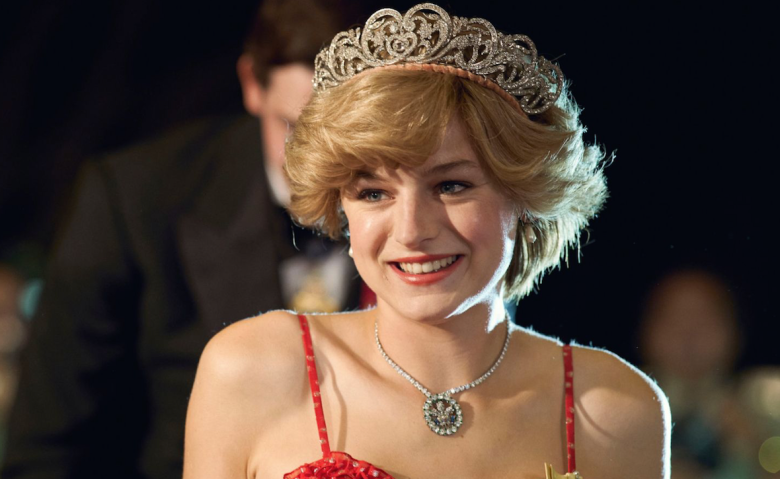 In drama, “The Crown” seems like an easy answer, largely because it was one of the best shows on TV last year and also because it currently feels like the far-and-away frontrunner for the rest of the awards year. That said, the series doesn’t need to win. If it does finally get over the hump — the show has now been nominated for three consecutive years, but not yet triumphed — think of it as another shovel full of coal on “The Crown” Emmy express train, no stops ’til September.

Failing that, look to “Better Call Saul” to snag its third WGA Award since debuting in 2015. It had a stellar season and, honestly, the AMC prequel remains under-appreciated by the awards community at large. Also, look to the WGA episodic drama nominees where “Saul” managed two additional nominations.

In comedy, it feels sacrilegious to pick anything but “Ted Lasso,” maybe this year’s buzziest series, with the heart to back it up, but with nominations in both New and Comedy Series, it wouldn’t be surprising to see a split.

Here are the things to keep in mind if “Lasso” does only pick up one of its two categories. If it misses in comedy, don’t be surprised if “Pen15” steps up and fills that void, after the wrenching teen (sort of) comedy took things up a notch in the first half of Season 2. But while this year’s nomination is important, look back to last year where “Pen15” was nominated for both Comedy and New Series. There’s love for this show and a win in the category would be a huge boon. 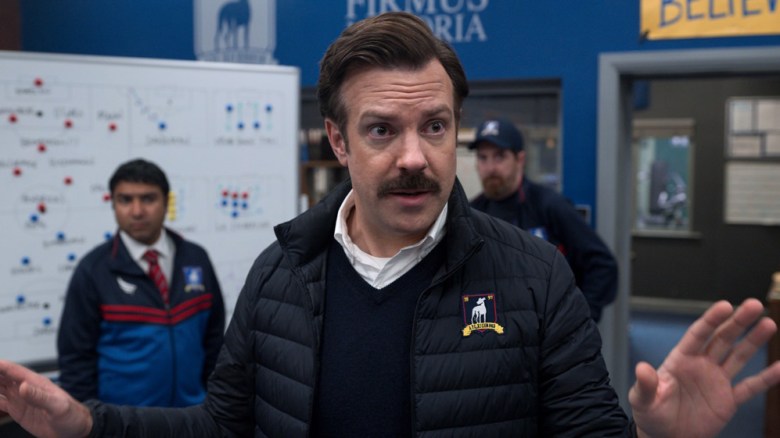 If “Lasso” misses in New Series, I think the natural tendency would be to turn to this year’s other twice-nominated series in “The Great.” Tony McNamara is the kind of intellectually clever writer that other writers love and, like “Ted Lasso,” the series also picked up a nomination in episodic comedy. To that end, the categories may split between these two shows in the exact opposite way as well, with “Lasso” winning New Series and “The Great” winning Comedy.

As mentioned before, the long-form categories are a strange and disorienting place this year. In original, the smart money is likely on “Mrs America,” but it’s a tough call as the series, as well as “Hollywood” both significantly underperformed at the Emmys.

In adapted, it seems as though “The Queen’s Gambit” has all the heat. Though “Bad Education” won the Emmy for TV movie in September, it can be difficult for a film to compete with a series which, at its heart, will always contain much more writing.

Time is slipping away. We’ll see how things shake out with the writers and meet back here on Monday to analyze what happened and how.