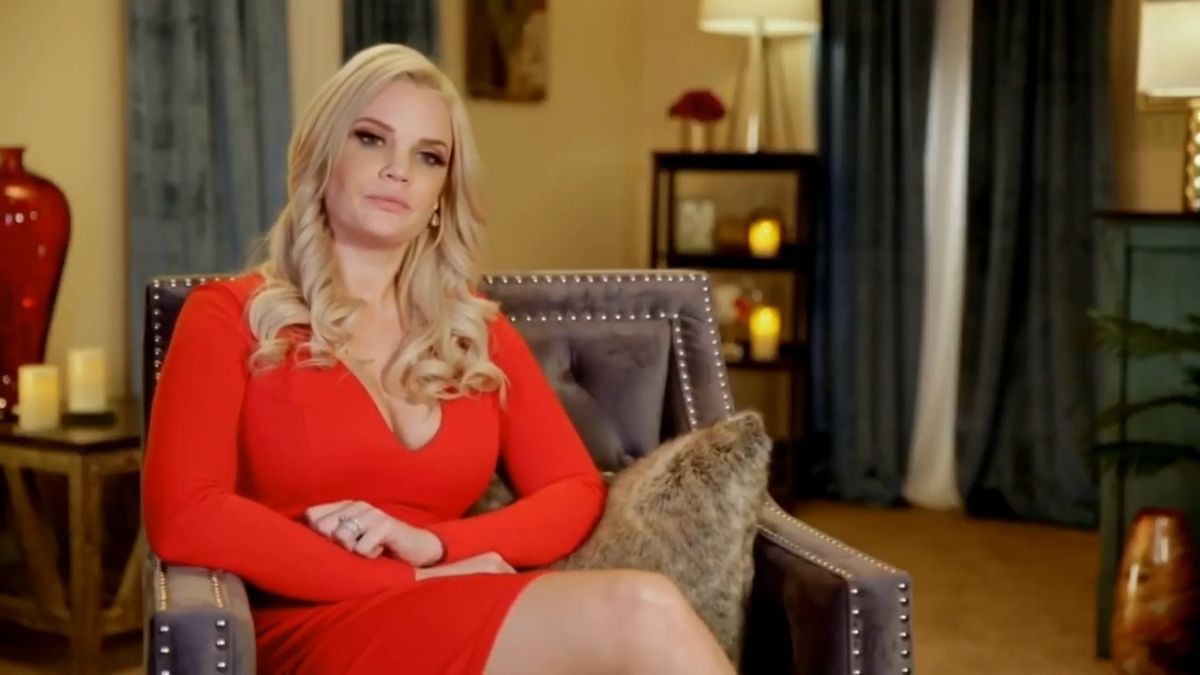 Ashley Martson is coming clean to fans about why she broke up with her husband Jay Smith for good.

She’s also issuing an apology for not being totally honest about what was really going on between them.

The 90 Day Fiance alums have always had a rocky relationship.

As a matter of fact, soon after they tied the knot, Jay was caught cheating, and Ashley threatened to have him deported back to Jamaica.

Ashley filed for divorce in early 2019 but withdrew the papers soon after — only to file again later that same year and then reconcile again.

The couple’s constant breakups and makeups had our heads spinning, but now there might be some finality to the Ashley and Jay saga.

A few weeks ago, The Pennsylvania native announced on social media that they were over for good. And now she’s sharing more details about why she’s calling it quits with her Caribbean beau.

During her previous announcement on Instagram in September, Ashley made it seem as if her split from Jay was an amicable one.

She claimed no one cheated in the relationship, and she and Jay were on the same page regarding their decision to part ways.

“Before the stories get all misconstrued, I will just address it myself, wrote Ashley. “Jay and I have made the decision to separate for good.”

She continued, “I thought I was stronger and more forgiving but I’m not. Sometimes when trust is broken, it just cannot be repaired. I wish Jay the best and we are both on the same page with this. No one cheated. No one did anything.”

Now Ashley is changing her tune and confirming that Jay, in fact, did something.

It seems the 90 Day Fiance alum tried to save face when she first shared the news, but now she’s finally coming clean.

Ashley says she was embarrassed to share the truth

During a recent Instagram story video, the 34-year-old apologized to fans for initially lying about the breakup – admitting she couldn’t take the public scrutiny or the online trolls.

But now, Ashley reveals the real reason she’s ending her marriage. It’s because she caught her husband “Messaging the stripper he had originally cheated on me [with] again.”

Martson said a few days later, he cheated, and she told him to get out. The TLC alum admits to feeling “embarrassed” for letting this happen to her again.

In the video, she also talked about investing $30,000 of her own savings to help Jay open his tattoo shop and live out his dream. Unfortunately for the two – or maybe it’s for the best – they are over for good!

Ashley is opening up about her split from Jay. She says he cheated again, with the same person from before. She shares how she gave him $30K of her own savings to help him accomplish his dream…the tattoo shop & she apologizes for not being truthful about everything she was going through. She loved him. Let’s send positive vibes her way! Breaking up is never easy & especially not in the public eye! #90dayfiance #90dayfiancetheotherway #90dayfiancebeforethe90days #beforethe90days #90daysstrikesback #90daythemelanatedway #90daymemes #90daynews #90daygossip #90daynewsandgossip #90dayfiancehappilyeverafter #90dayfiancepillowtalk #hea #realitytv #celebritynews #darceyandstacey #tlc #ashleyandjay

90 Day Fiance is currently on hiatus and is expected to return for a new season later this year on TLC.