ASHLEY Tisdale's fans were in shock after the star showed off her new tattoo of her daughter's name on her neck.

The actress unveiled her fresh ink on social media over the weekend. 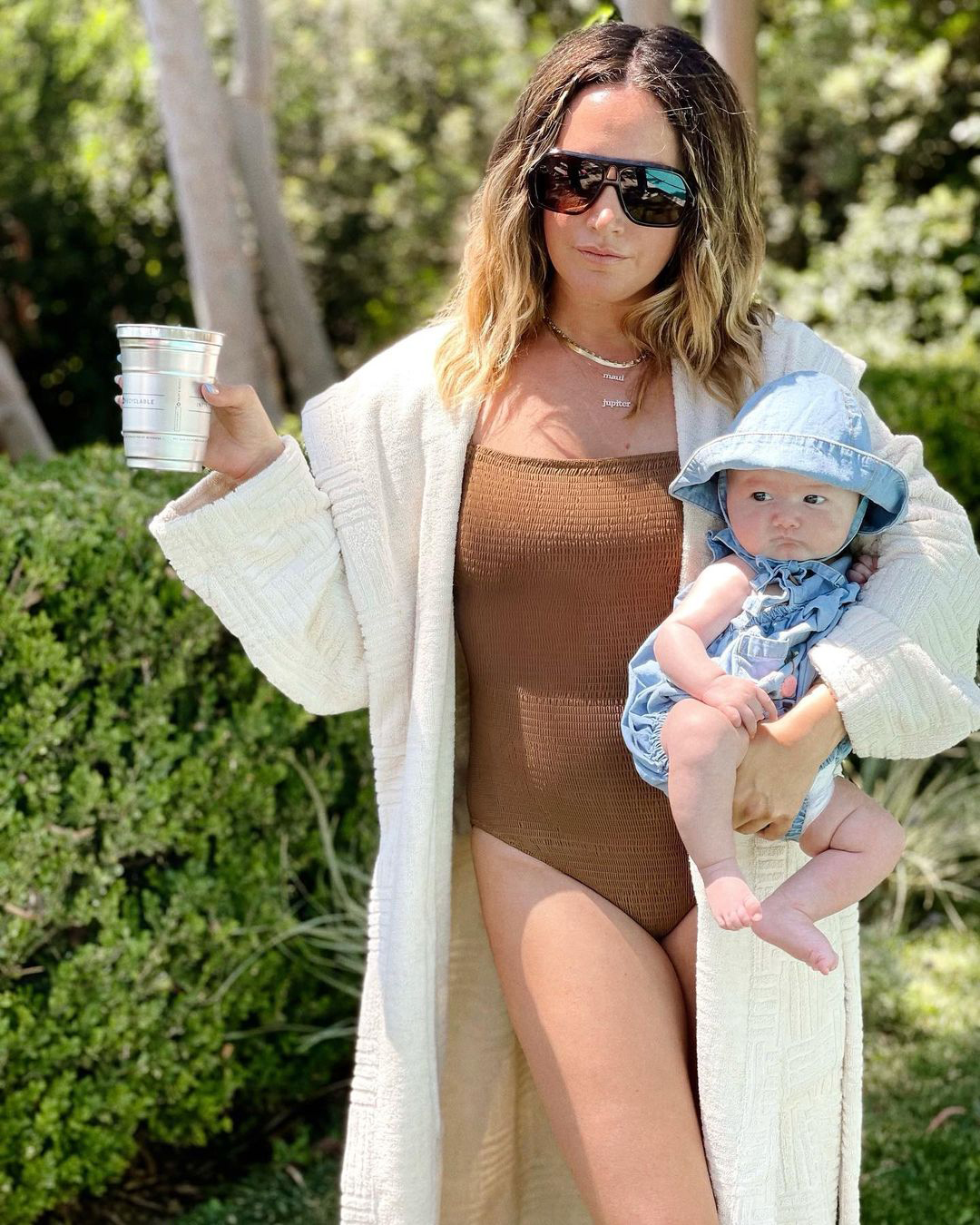 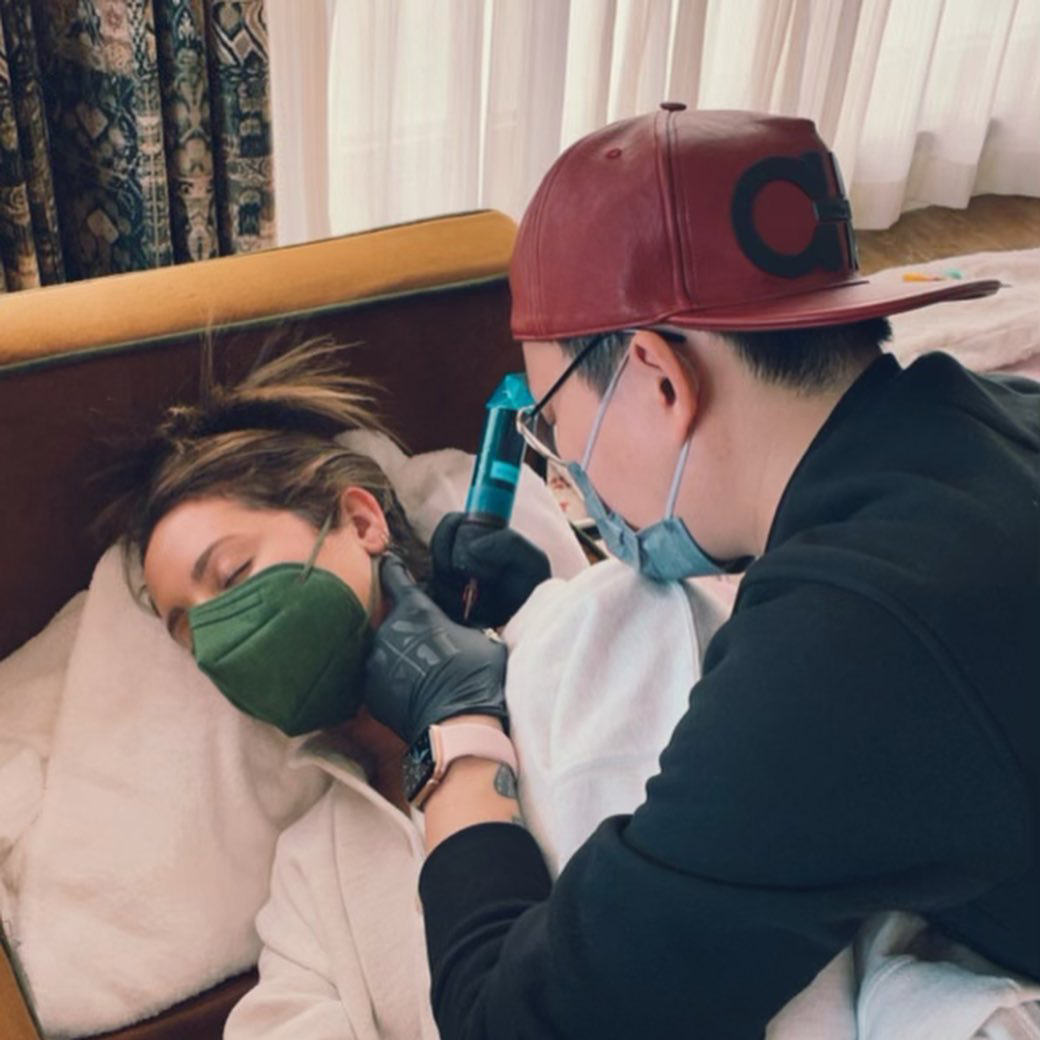 Ashley, 36, gave a shout out to the artist responsible for the ink on Instagram, while revealing the neck tattoo in a precious photo.

In the pic, the High School Musical star is gazing at her eight-month-old daughter while the tot looked directly at the camera.

Ashley pulled her blonde hair back to put the tattoo on full display.

In the caption, she wrote: "Thanks to my man @drag_ink for coming to the hotel room and doing this beautiful piece. No trip is complete without seeing him. Thanks for always doing the most meaningful pieces on me"

The singer shared a close up of the ink which spelled the name Jupiter in cursive writing – a nod to her first born.

In a third pic, Ashley captured the moment she got the tattoo, laying down on a couch in her hotel room while the artist tattooed the calligraphy on her neck.

Many fans praised the Guilty Pleasure singer's choice of tattoo calling the artwork "precious" and "beautiful."

Some commentors, however, didn't love the placement of the tattoo with one writing: "A neck tattoo" along with a wide-eyed emoji.

The Disney Channel star shared the exciting news that she was expecting last Fall, in an adorable outdoor photoshoot while dressed in white.

The new mom cradled her baby bump as she smiled affectionately at her husband, Christopher French.

Later to her Instagram stories, she added that her spouse “is the hottest baby daddy.”

Ashley's friends and co-stars flooded the comments with their excitement, including High School Musical alum Vanessa Hudgens who wrote: “Just the freaking cutest.”

The couple welcomed their daughter back in March, turning to the platform again to make the announcement.

She shared a sweet post of the baby's hand, captioning it: "Jupiter Iris French arrived earth side 3.23.21."

Just weeks after giving birth, Ashley opened up about being a mom for the first time revealing she was "discovering who I'm truly meant to be."

She continued: "Slowly healing, slowly finding myself. I’m not trying to get back to who I was, there’s no way.

Ashley first met her husband in 2012 and they got engaged just eight months later at the top of the Empire State Building.

Chris is a music producer who composes for film and TV.

The child star married her sweetheart in 2014 in a ceremony in Santa Barbara, California. 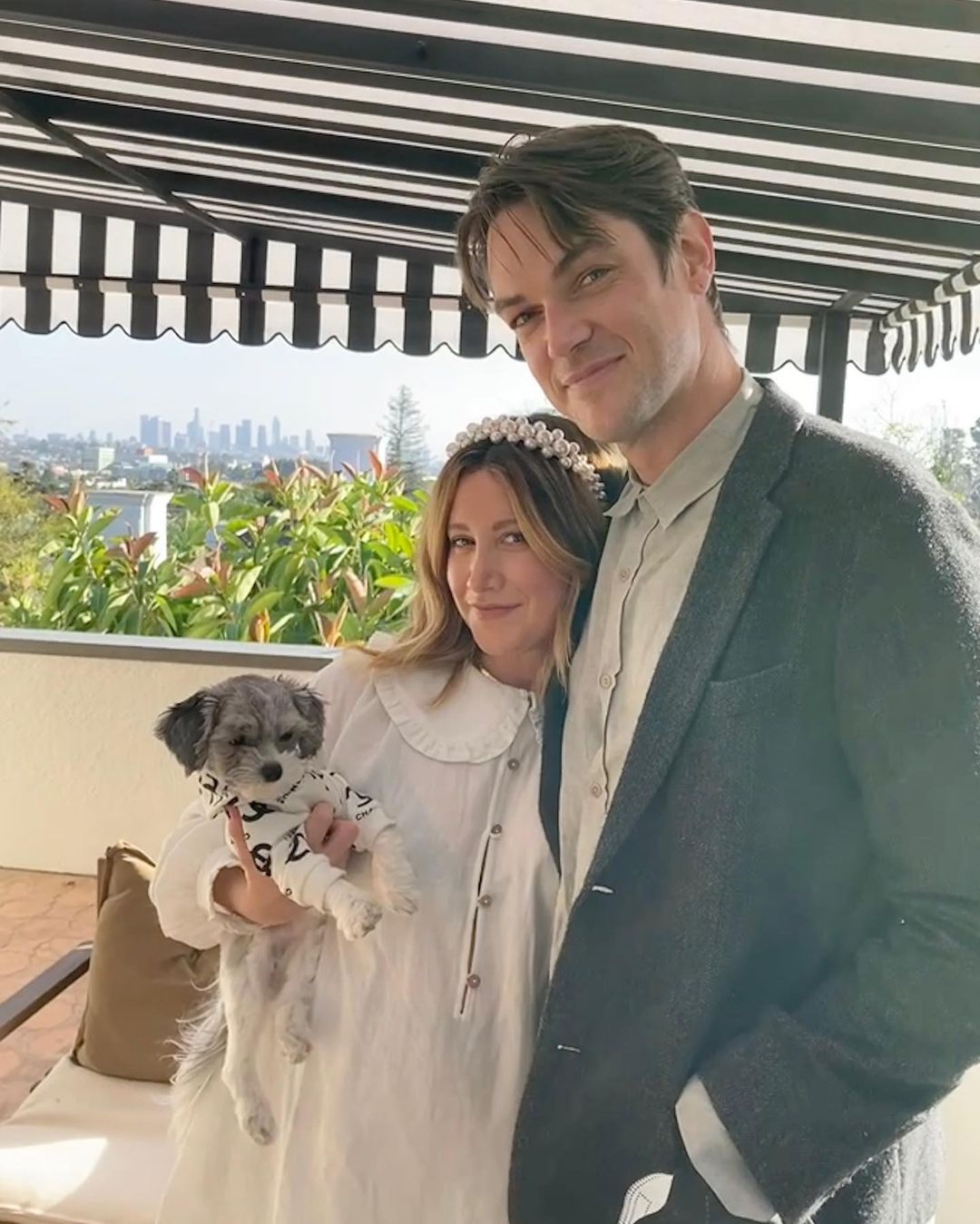 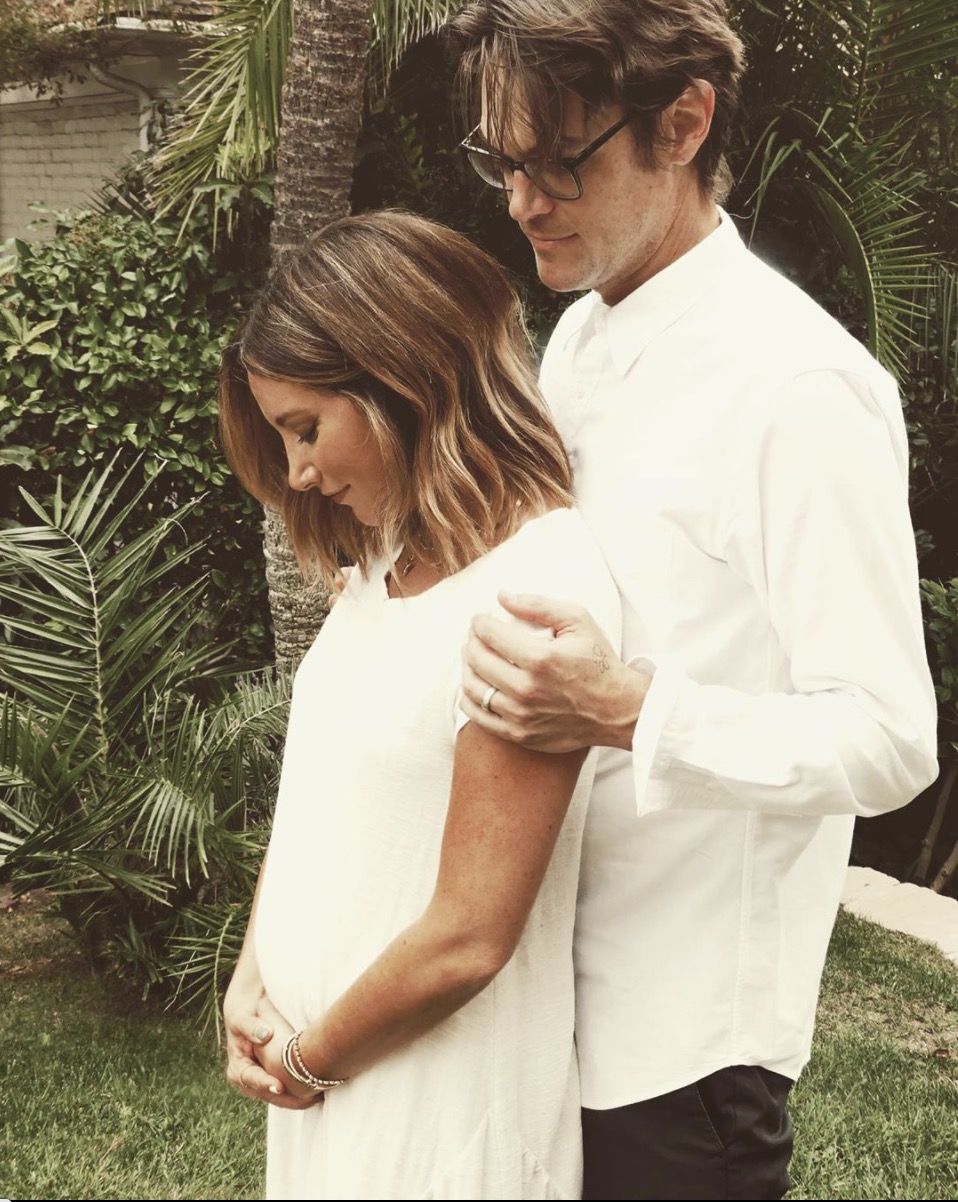 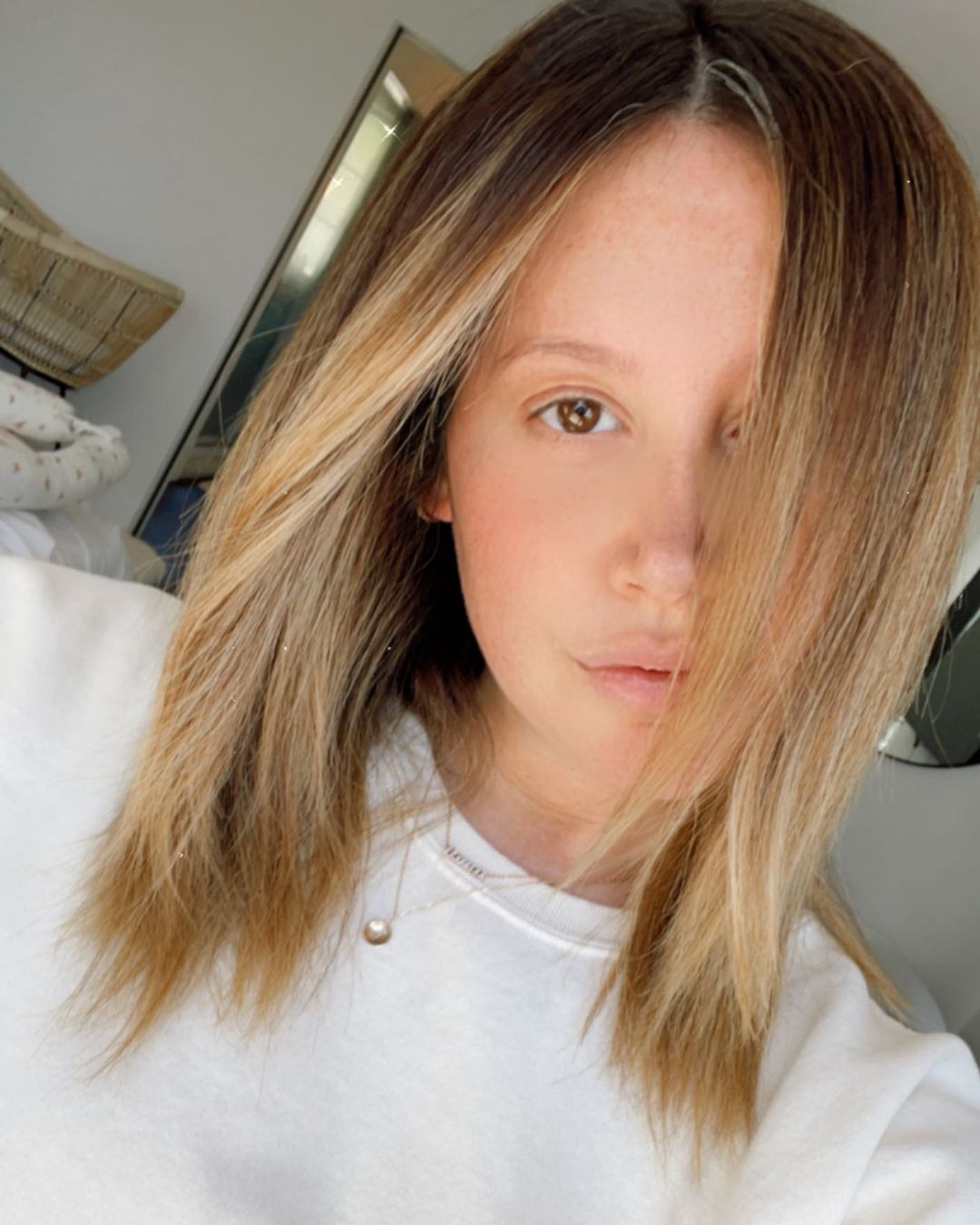