Home » TV and Movies » ‘Babylon’: A Guide to the Characters and Their Real-Life Counterparts

‘Babylon’: A Guide to the Characters and Their Real-Life Counterparts

The Damien Chazelle epic is set in 1920s Hollywood and draws on figures from that time, including “the ‘It’ Girl,” Clara Bow. 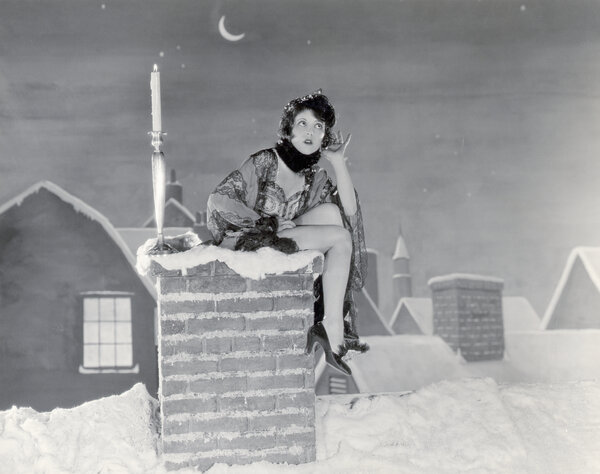 Crossing “Singin’ in the Rain” with “Boogie Nights,” Damien Chazelle’s fictional “Babylon” draws on just enough real film history to flatter cinephiles and to risk their ire. Here are some of the underpinnings of Chazelle’s three-hour opus.

When you hear that a movie star has “it” — whatever that means — you can thank Brooklyn’s own Clara Bow, advertised as “the ‘It’ Girl” for, well, “It,” a smash 1927 adaptation of a novel by Elinor Glyn. Chazelle told The New York Times in November that much of Nellie LaRoy (Margot Robbie), the live wire who shoots to stardom in “Babylon” only to flame out in the sound era, was inspired by Bow. David Stenn’s well-regarded biography “Clara Bow: Runnin’ Wild” suggests many similarities: Bow’s humble origins were a source of insecurity. She was said to be unusually good at crying on command. Doctors thought her mother, who died just as Bow was getting her start, suffered from a nervous disorder (which was in fact epilepsy). And her exploitative father took it upon himself to be her business manager.

Brad Pitt has said he modeled his character, Jack Conrad, on Fairbanks, Gilbert and Valentino. Valentino exists in “Babylon” (his death in 1926 is mentioned), and unlike Jack, who sometimes pretends to be Italian, Valentino was born in Italy. Fairbanks and Gilbert are commonly cited as great silent leading men whose popularity petered out with sound, but there are sound movies in which they appear perfectly comfortable. (When Gilbert played opposite Greta Garbo in “Queen Christina” in 1933, the New York Times critic Mordaunt Hall praised him as “far more restrained” than in silents.) Both men died young, although their fates differed from Jack’s.

There’s no mistaking the inspiration for Lady Fay Zhu (Li Jun Li). It’s Anna May Wong, the groundbreaking Asian American actress and daughter of a laundryman who for a time moved to Europe, though a little earlier than Fay does. The film groups Wong, who, like Fay, was rumored to be a lesbian, with casualties of the advent of sound. Wong’s best-known movie from Europe — the extravagant, London-set “Piccadilly” (1929) — was silent. By 1932, Wong was back in Hollywood appearing in Josef von Sternberg’s “Shanghai Express” with Marlene Dietrich.

But Wong did lose work because her image didn’t fit with the times, as “Babylon” suggests, understating the role that racism played. Often typecast in supporting roles, Wong was considered a possibility for the lead in “The Good Earth” (1937), but there were concerns that casting her opposite the white actor Paul Muni would suggest miscegenation. The film was one of the last made by the producer Irving Thalberg (Max Minghella), one of a handful of figures in “Babylon” to use real names.

The Oscars aren’t until March, but the campaigns have begun. Kyle Buchanan is covering the films, personalities and events along the way.

The Transition to Sound

“Babylon” alludes to the piecemeal nature of the transition to sound. Informed that the new Al Jolson sound picture at Warner Bros. is going to be big, Jack asks if it’s “like ‘Don Juan’”— a 1926 film that had synchronized music but no talking. In fact, the Jolson film is “The Jazz Singer” (1927), which, contrary to its popular reputation, was not the first sound film or even a full-fledged sound film. (Long stretches are silent.) But it was financially successful enough to indicate that talkies had a future.

“The Dame and the Dean,” Nellie’s first sound film in “Babylon,” directed by Ruth Adler (Olivia Hamilton), is quite clearly inspired by Bow’s first sound film, “The Wild Party” (1929), directed by Dorothy Arzner. Nellie’s problems with sound begin with her entrance, when she declares, “Hello, college!,” and a technician cries that “she blew the valves.” A similar anecdote appears in Kenneth Anger’s dubious book “Hollywood Babylon.” Nevertheless, the movie fairly captures the restrictions of the early sound era, like the need to encase the noise-making camera in a booth.

Though Nellie’s Jersey-accented tones are likened to a dying pig’s, Bow’s Brooklyn delivery played well enough. “Miss Bow’s voice is better than the narrative,” Hall wrote of “The Wild Party” in 1929. Seen today, it is a fun romp with an undercurrent of seriousness, and Bow is the best thing in it.

In 1959, the experimental filmmaker Anger (“Fireworks”) published “Hollywood Babylon,” which cataloged, with a tongue-clucking tone, the supposed details of deaths, drug habits and sex lives of members of the movie industry. Serious film historians regard it as pernicious nonsense and have been trying to correct its claims ever since.

While Anger’s “Babylon” is not the official source for Chazelle’s “Babylon,” the connection is tough to ignore. When Nellie is trailed by University of Southern California football players after beating them at craps, the scene evokes Anger’s assertion that Bow played “party girl” to the entire U.S.C. football team “during beery, brawly, gangbanging weekend parties.” (Nellie’s overalls-and-nothing-else outfit, on the other hand, resembles a widely circulated photo of Bow’s contemporary Bessie Love.)

In his biography, Stenn traces the rumor to Bow’s true-enough habit of hosting the U.S.C. Trojans on Saturday nights at her Beverly Hills bungalow. But Stenn, who interviewed players, concluded that “even the wildest party, which ended in a 4 a.m. game of touch football on Clara’s front lawn, was tame.”

‘Singin’ in the Rain’

Throughout “Babylon,” Chazelle nods to “Singin’ in the Rain,” which memorialized the transition to sound from the standpoint of 1952. But in “Babylon,” you’ll hear the song “Singin’ in the Rain” in a scene that takes place decades earlier: Chazelle shows the shooting of “The Hollywood Revue of 1929,” a characteristically stiff, celebrity-packed musical that featured Gilbert. The song is staged twice in “Hollywood Revue,” and Chazelle re-creates the reprise — the film’s Technicolor finale, in which cast members bob along to the tune on rock-shaped risers in front of a Noah’s Ark set. In “Babylon,” Jack is among them.

During the “Singin’ in the Rain” shoot, the trumpeter Sidney Palmer (Jovan Adepo) tells the rising studio executive Manny Torres (Diego Calva) that the camera is pointed in the wrong direction. Soon Sidney and his band are starring in films, until he quits after being asked to don blackface to darken his skin.

Chazelle took inspiration from Black musicians like Louis Armstrong and Duke Ellington, who appeared onscreen in the early sound era. And like Sidney, Armstrong and Ellington contended with degrading scenes. In “A Rhapsody in Black and Blue” (1932), Armstrong performed two numbers “dressed as an African savage in a sparsely cut leopard skin,” Thomas Brothers writes in “Louis Armstrong, Master of Modernism.” In “Check and Double Check” (1930), a film version of the “Amos ’n’ Andy” radio show, lighter-skinned members of Ellington’s band “were ordered by the studio to wear dark makeup for a ballroom scene, a stipulation that was covered as news by the Black papers,” according to Terry Teachout’s biography “Duke: A Life of Duke Ellington.”

Chazelle has cited multiple models for Manny, who eventually becomes an influential player in the early sound era. Those semi-analogues include René Cardona, a Cuban-born director with more than 100 credits, and the cinematographer Enrique Juan Vallejo. But his most interesting choice of model may be Joselito and Roberto Rodríguez, Mexican brothers who went to Hollywood and developed a sound recording system. Manny gets invited to become a studio’s head of sound, and like Joselito, he is an electronics expert.