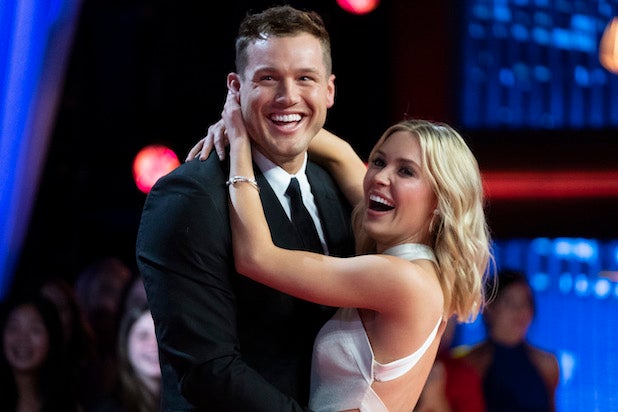 THE BACHELOR – “Season Finale, Night Two” – America watched live on Monday night as a devastated and extremely emotional Colton finally decided what would be best for him. He put everything on the line, but what will happen to him and the remaining women? Find out on night two of the two-night, live special Season Finale event on “The Bachelor,” TUESDAY, MARCH 12 (8:00-10:00 p.m. EDT), on The ABC Television Network, streaming and on demand. (ABC/John Fleenor)COLTON UNDERWOOD, CASSIE

Colton Underwood, who starred as ABC’s “The Bachelor” in 2019, publicly came out in an interview with “Good Morning America” on Tuesday. In the hours following his announcement, Underwood received an outpouring of support for accepting his sexuality, but just as much criticism for his actions with the woman he chose at the end of his season, Cassie Randolph.

Through 25 seasons of “The Bachelor,” 10 have ended without a proposal, and Underwood’s was one of them. In fact, Randolph wasn’t one of the final two women in Underwood’s season. She made it to the final three, before breaking up with him and leaving of her own accord. But, in the end, Underwood broke up with the remaining two women and asked Randolph to give him a second chance.

The two dated for more than a year after that, but eventually parted ways. In September, Randolph was granted a restraining order against Underwood, accusing Underwood of “harassing” her, planting a tracking device under her car, and going on “obsessive” walks near her parents’ home. The documents in the case also said that Underwood was spotted in an alley outside Randolph’s bedroom window and that she was “fearful for her safety.”

So, while some hope to see Underwood return to the franchise, starring in a second season as the first gay Bachelor following today’s news, others decidedly do not. “Full offense but I don’t want someone who stalked and harassed his ex to the point of getting a restraining order, to be the first gay prime time bachelor,” one person tweeted.

And he’s not alone. Shortly after Underwood’s interview, “Cassie” began trending on Twitter, as people voiced their thoughts on Underwood’s most recent relationship and the actions he took.

Brett S. Vergara, who works on the Bachelor Diversity Campaign, a team created in June striving for anti-racism in the “Bachelor” franchise, tweeted his support for Underwood’s decision to come out, but still took the moment to criticize his past choices.

“First, I’m glad to see Colton more at peace and happy he can live more as his true authentic self. I’ll always be in support of that,” Vergara posted as part of a thread. “That doesn’t excuse the abusive, manipulative, and literally illegal stalking behavior he displayed in his past relationship.”

You can read more reactions to Underwood’s past below.