BACHELORETTE Katie Thurston revealed she was previously sexually assaulted during an emotional group tonight that was hosted by Nick Viall.

The current ABC lead teamed up with the former Bachelor to sit down with several of her suitors from this season to reveal “red flags” from their past that Katie needs to know. 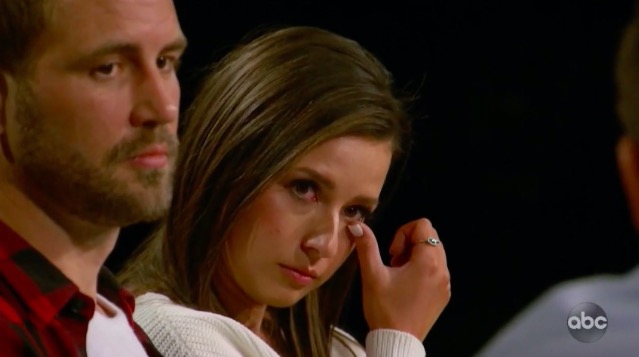 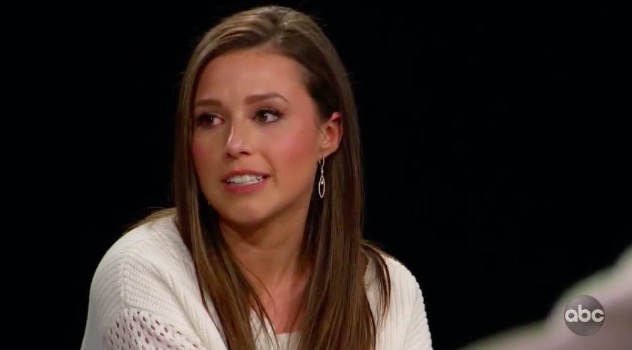 The men walked into a room where chairs formed in a circle and show alum Nick, 40, was sitting in the middle.

He then explained that he knew both how they felt, and how Katie, 30, feels as the lead since he has been on both sides and emphasized their “honesty is crucial.”

As the men confessed to various things pertaining to divorce, substance abuse and infidelity, the Washington banker became increasingly emotional.

After each of the contestants had their chance to speak from the heart, Katie revealed something personal of her own that “not even her own mom knows about.”

She took some deep breaths before saying: “I know you all know me as this sex-positive person now.

“But years ago at a New Years Eve party, I was drinking and there was a situation where I had sex with someone that I did not give consent to.

“And I was so confused and unsure about what had just happened I even pursued a relationship with him afterwards.

“So for awhile, I did not have a good relationship with sex. I didn’t even want to talk about it. But it wasn’t my fault.”

Fans were thankful for Katie her bravery in sharing her story, with one saying: “In awe of Katie talking about consent.

“And normalizing how assault can impact the relationship we have with sex post assault and how sex is an important component of any relationship.”

Another tweeted: “having a conversation with men about CONSENT is the truth we need!!!  Thank you for being brave and sharing your story. The realest bachelorette.”

A third tweeted: “The term “sex positive” has been thrown around a lot on this season of #thebachelorette and I think tonight’s episode finally captured a small part of what it means to be sex positive. @katiethurston bravely opened up about her experience as a sexual assault survivor…”

“Katie, I just watch you tell my story. It was Halloween. I was also drunk and didn't give consent but when I tried to stop him He hit me.

“I was 19 and a virgin. I blamed myself for years and still don't like or want sex. I'm glad you made it,” someone who related shared.

One more who related said: “As someone who also was in a relationship with the person who sexually assaulted me, and developed an unhealthy relationship with sex as a result, I feel profoundly seen and understood by @katiethurston . Thank you so much for your vulnerability and openness.”

The group date was heavy overall, as many men also broke down in tears with their candid confessions.

Hunter admitted to getting a divorce because he prioritized work over his two kids while Thomas said he was dating women and leading them on “one week” before leaving for filming on the show.

Connor then sobbed as he revealed that, while in grad school getting his PHD, he cheated on his girlfriend at the time while drunk and high at a party.

Katie said she had to come a long way before she was widely labeled by fans the “most sex-positive” Bachelorette in history.

She made a wild entrance when she arrived to Matt James' season of The Bachelor carrying a large pink sex toy and went viral for a TikTok boasting of desires to have “sex with a ghost.”

The brunette beauty also proudly wears shirts with messages that include "no fake orgasms" and has not shied away from the topic.