Home » TV and Movies » Back to the Future Part II: THIS Biff sports almanac theory is blowing fans’ minds

Back to the Future Part II: THIS Biff sports almanac theory is blowing fans’ minds

Back to the Future Part II saw old Biff Tannen from 2015 steal the DeLorean time machine and give his younger self the Grays Sports Almanac in 1955. As a result, the villain became rich by knowing the outcome to ever major sporting event from 1950-2000. This created an alternate 1985, which meant Doc and Marty had to return to 1955 and destroy the 2015 book.

But now a stunning new Back to the Future fan theory is really impressing fans.

Reddit Swiss_Army_Cheese argues that the Grays Sports Alamanac is proof of the butterfly effect.

“The same would apply to the Sports Almanac.” 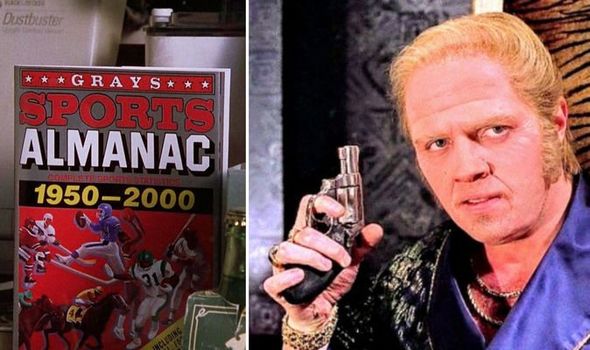 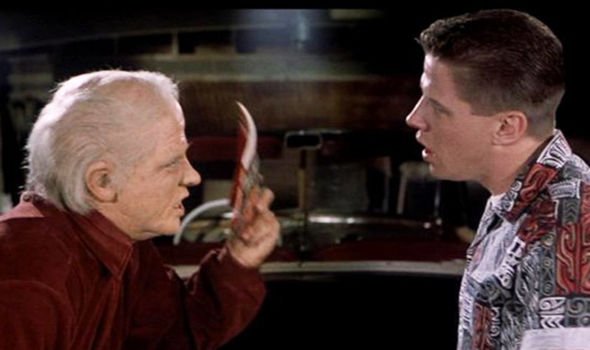 The theorist continued: “It doesn’t just predict the future as presented when the almanac was printed.

“It alters itself to reflect the future that’s going to happen.

“Even if Marty were to go back in time and personally shoot the legs off of every horse that was predicted to win a major sporting event, Biff would still make his fortune betting on those races.

“All that’ll happen is that Biff would bet on a different horse, who would then proceed to win.” 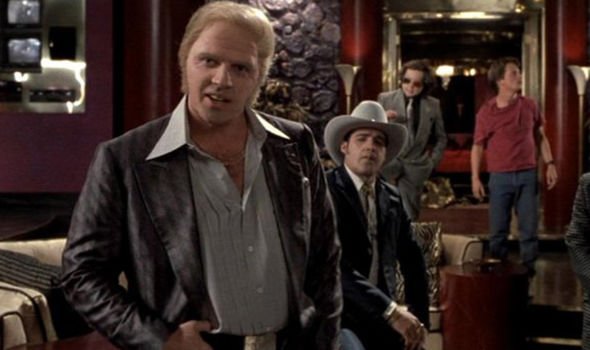 They added: “The only way for Biff to lose a bet is if someone were to sabotage Biff’s horse after he laid his bet on it.

“In which case, he’ll do a double-take and check the almanac.

“Then he’ll call himself a ‘butthead’ for betting on the wrong horse.

“He doesn’t notice that the winner changed because he is an idiot, and not because of any time-travel nonsense.”

Last month, Josh Gad hosted a virtual Back to the Future reunion on his YouTube series Reunited Apart.

Cast members like Doc and Marty stars Christopher Lloyd and Michael J Fox reenacted scenes from the movies for fans in the charity event.

Gale joked: “Well it would have to be that Doc and Marty find out that we’re thinking about making another Back to the Future movie and they come back to stop us from doing such a crazy thing.”

But interestingly director Robert Zemeckis added: “If I had an idea which I could have pitched to Bob with a straight face, we would have made it.

“I have no answer to that question.”

Cast members consider Gale the gatekeeper of the Back to the Future franchise and so stories beyond Part III already exist in other formats from a video game set in 1986 to recent comics and the nineties animated series.

While also both Zemeckis and Gale have been behind the Back to the Future musical, which was running in Manchester earlier this year before the lockdown and plans to move to the West End in late 2020 if theatres are open again.