The Environment Secretary joined Louise Minchin and Dan Walker via video link this morning on BBC Breakfast to face questions about the Government’s coronavirus response and the news that yesterday was the “deadliest day” for migrants crossing the channel seeking refuge. It was reported yesterday that four people had died while attempting to cross the channel with the search still ongoing. Dan suggested this was as a result of a “failure of policy”, something Mr Eustice was keen to dismiss.

Kicking off the interview, Dan told the Conservative Party MP: “I wanted to start by talking about the deadliest day of attempted channel crossings yesterday,

“The search we understand goes on this morning. We’ve spoken to a number of guests this morning and most recently, the accusation was this is down to a Government failure of policy.”

Mr Eustice replied: “Well, look, I don’t accept that. This is a terrible tragedy and obviously, our thoughts and prayers are with those who’d been affected. 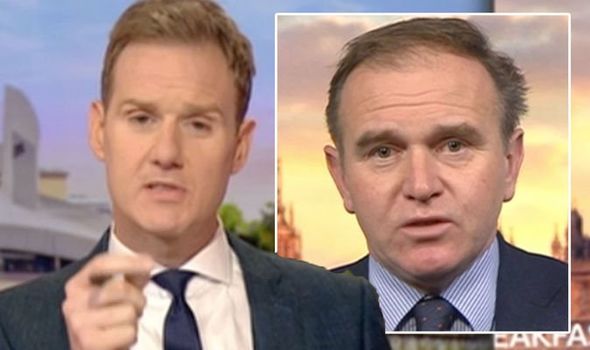 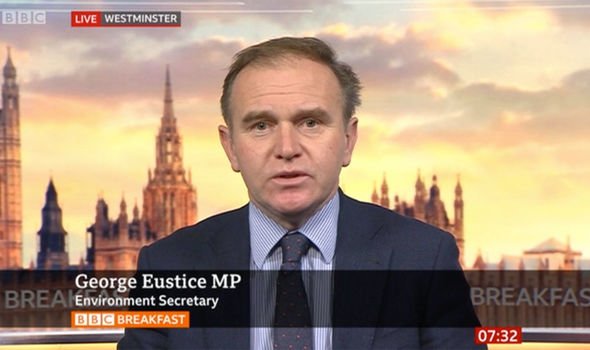 The MP continued: “There’s been some 3,000 interceptions of these crossings by French authorities and by the UK as well.

“We work very closely with the French. We need to do two things to address this. One is to remove the incentive for people to make this dangerous crossing in the first place by ensuring they are returned if they do come across,

“But secondly, and this is the bit that has had a tremendous amount of work done on, is intercepting these vessels.”

However, Dan was clearly dissatisfied with Mr Eustice’s response and put to him again the tragedy was a direct result of a Government failure of policy. 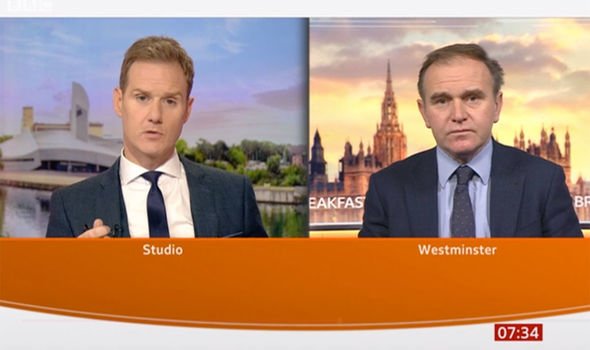 The BBC Breakfast host raised the issue of a lack of “safe and legal” routes for migrants to use, suggesting it would result in similar scenes to yesterday.

“I don’t accept that,” Mr Eustice said again once more but as he continued to emphasise the UK’s work in trying to prevent such tragedies.

However, Walker ended up cutting the MP off when he claimed once more it wasn’t a failure of policy, with the BBC presenter saying: “With respect, Mr Eustice,

“To go back to that, I understand the priority is to stop people, but surely it’s a priority to stop deaths as well?”

Mr Eustice then repeated the UK and France’s alliance in trying to stop these crossings, putting an end to Walker’s line of questioning.

The two also found themselves butting heads over the Government’s coronavirus response, with Walker again cutting the MP off a handful of times.

However, the tone of the interview certainly left something to be desired among viewers, with several divided and some even saying they had to “switch off”.

“This was an embarrassment to you @BBCBreakfast,” added a second. “I understand the need to challenge the Government but when someone is talking sense then you need to show some sense please!!”

A third echoed: “@BBCBreakfast another useless interview conducted by #danwalker where he let the MP just talk without challenge.”

While a fourth weighed in: “Another ignorant interview by Dan on a minister doing a job to keep us safe and borders safe which is why we voted them in – turned off after a short time again. Decisions have to be made without any certainty but with best intentions.@BorisJohnson #COVID19.”

BBC Breakfast continues daily at 6am on BBC One.