Line of Duty finally made its return on Sunday night with season six of the BBC programme. Viewers were excited to see the arrival of new character DCI Joanne Davidson (played by Kelly Macdonald) who led the murder squad. However, some fans were left less than impressed when Superintendent Ted Hastings (Adrian Dunbar) referred to a character with Downs syndrome as a “local oddball”.

During one scene, Terry Boyle (Tommy Jessop) was being interviewed by DCI Joanne Davidson as a new suspect in the murder of journalist Gail Vella.

The murder case is quickly brought to the attention of DS Steve Arnott (Martin Compston) who was tipped off by DCI Davidson’s ex-girlfriend and colleague Farida Jatri (Anneika Rose).

When he realises that AC-12 needs to get involved, he goes to the gaffer with the latest development.

DS Arnott explained to his boss that he was told by another police officer that he doesn’t believe Terry, the suspect in custody “lacks the capacity to carry out a murder”. 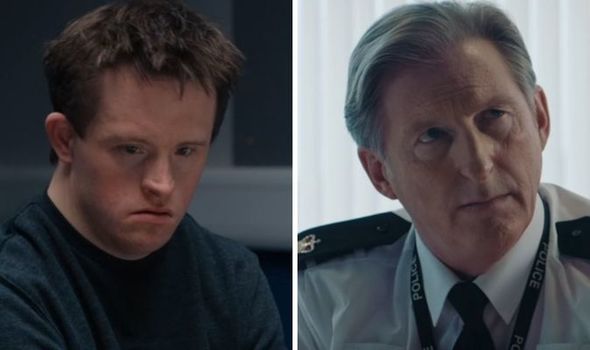 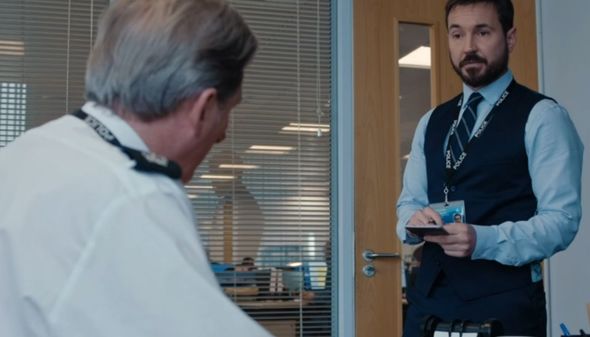 Superintendent Hastings replied to DS Arnott: “It’s more likely to be the gunman than the local oddball, that’s for sure.”

Mick Finnegan, a Royal College of Psychiatrists adviser and campaigner for people with disabilities was among those to express their outrage.

“It’s great that Line of Duty is back,” he penned.

“However, calling a character with Down’s Syndrome ‘the local oddball’ on World Down Syndrome Day doesn’t sit well with me.” 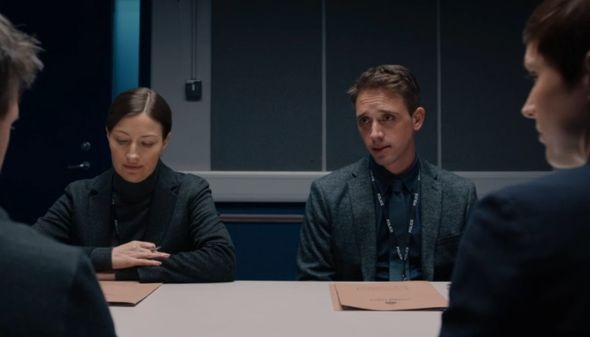 “Great the actor was given the opportunity but language is key to acceptance and understanding,” he added.

Another viewer said: “Solid return for #LineofDuty but surprised to hear the phrase ‘local oddball’ used when referring to a character with Down’s Syndrome – and on #WorldDownSyndromeDay.

“A misfire by the BBC on this occasion.”

One added: “I absolutely love #LineOfDuty. I especially love Hastings and I know that he is known for an unusual turn of phrase. However, I am disgusted that he referred to someone with Down Syndrome as ‘the local oddball’ Do better @bbc @jed_mercurio.”

A spokesperson for the BBC has since stepped in to defend the remark and explained that the dialogue used in that particular scene had “no meaning or connotation that relates to the character’s disability”.

“In the scene, he is reviewing the evidence against the character. The word used in dialogue refers to an eccentric or loner, which fits the stalker/obsessed fan theory of Gail Vella’s murder.

“The dialogue has no meaning or connotation that relates to the character’s disability.”

Line of Duty creator Jed Mercurio also responded to the criticism online, as he explained to fans that Superintendent Hastings had never met Terry.

In a series of tweets, he replied: “‘Oddball’ has no connotation for learning difficulties. It describes a loner, an eccentric.”

He continued: “We work with numerous police advisers. Line of Duty portrays policing with some of its failings. The officer in question doesn’t work with vulnerable people and hadn’t met the suspect.

“The ones dealing with the suspect used different, more appropriate language.

“I’m not sure if you’re saying no police officer would use that term (some would – and way, way worse, tbh) or that TV drama can’t use a term that, for the reasons I’ve explained, just doesn’t have the intended connotation you’ve subjectively attributed the main reason being a reference to a real case of police mishandling of a vulnerable suspect.” (sic)

Line of Duty returns on Sunday at 9pm on BBC One.