BBC viewers slam Gavin Williamson over Dominic Cummings probe: ‘He has NO answers!’

BBC Breakfast continued today with hosts Roger Johnson and Louise Minchin and the conversation focussed mostly on Dominic Cummings, chief aide to Boris Johnson, who is currently under fire for taking a trip across the country breaking coronavirus lockdown rules. Education Secretary Gavin Williamson, joined the BBC hosts today, to talk about calls for Mr Cummings to be sacked but viewers were far from impressed by his response.

In his press briefing yesterday, the Prime Minister defended the actions of Mr Cummings after he took a 260 mile trip across the country despite the UK being in lockdown.

Johnson said he “acted responsibly” despite a number of people criticising him for breaking the lockdown.

He also went on to announce that schools were set to open again on June 1 after the UK heads into its tenth week of lockdown.

As a result, Johnson and Minchin were keen to quiz Mr Williamson about parents’ resistance to sending their children back to school. 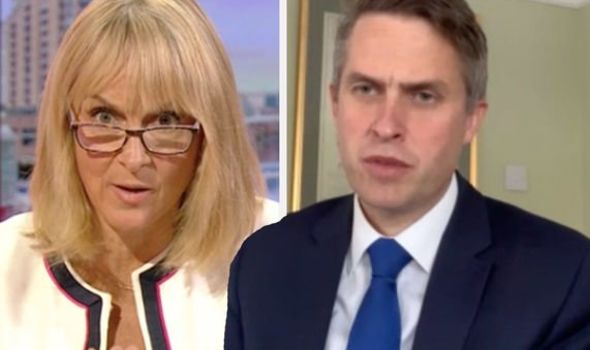 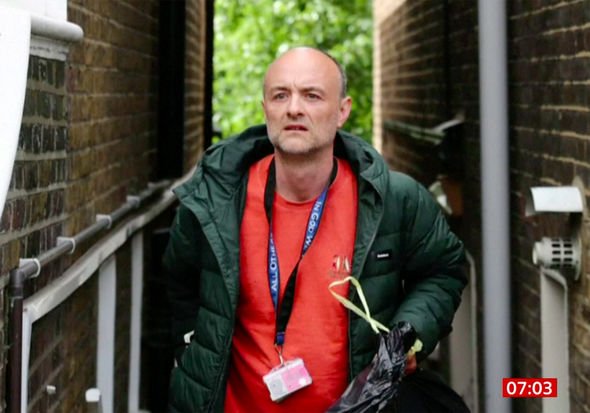 Minchin began: “So tell us, one week into lockdown when the advice was really clear stay at home, protect the NHS, save lives.

“The Prime Minister’s chief aide Dominic Cummings gets into his car with his wife who has coronavirus symptoms and drives 260 miles. Was that within the guidance?

Williamson explained: “Well, understandably there has been a large number of accusations that have been levelled at Dominic Cummings and completely understandably the Prime Minister wanted total clarity on it.

“He sat down with Dominic yesterday and had an in-depth conversation about it to absolutely be categorically assured that Dominic Cummings and his family had followed the guidance.” 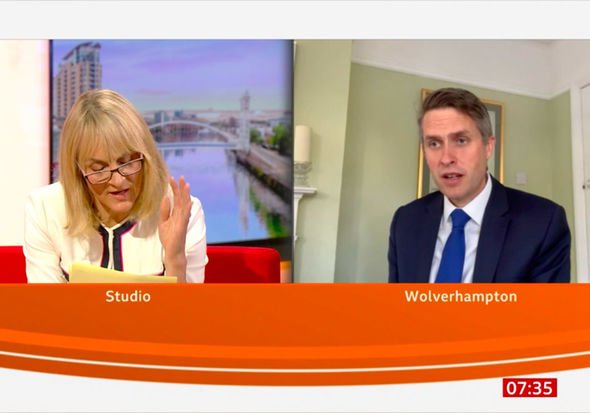 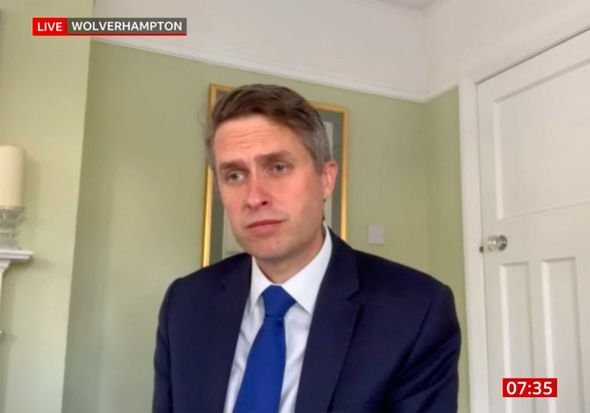 Minchin chipped in: “And the guidance was very clear at the time to stay at home, do not go somewhere else.”

“Yes, but as you have also seen in the guidance, the guidance is very extensive and at the heart of it is that we should always safeguard children,” Williamson hit back.

“And making sure that children are always protected and my understanding is that at every stage, Cummings and his family followed the guidance and at no stage did they break the law.”

Williamson went on to explain because Johnson received enough reassurance from Cummings that he travelled lawfully, there was no reason for the Prime Minister not to support his actions.

Those tuning in to the show were left furious over the interview with many claiming he didn’t provide full answers to Minchin’s questions.

Another added: “@BBCBreakfast don’t bother with the education secretary on again. HE HASN’T ANSWERED ANY OF THE QUESTIONS!!!!!!”

“@BBCBreakfast he has no answer to the questions,” explained a third. “He shows that there is one rule for them one rule of us #cummmings.”

Someone else shared: “@BBCBreakfast by sticking up for Cummings. What message does that send to the children and young people up and down the country you are supposed to represent. You should be ashamed!”

Williamson ended his interview with BBC Breakfast by assuring parents who were worried about sending their children back to school in a global pandemic that the government wouldn’t be doing so if it was not safe.

BBC Breakfast airs on BBC One weekdays at 6am.