Home » Beatrice and Eugenie snub: Dickie Arbiter says they won’t be part of slimmed down monarchy

Beatrice and Eugenie snub: Dickie Arbiter says they won’t be part of slimmed down monarchy

Following Prince Philip’s funeral on April 17 at St George’s Chapel, Windsor, Dickie Arbiter joined Susanna Reid and Adil Ray on Good Morning Britain to talk about the future of the royal family. The royal expert explained he believes Princess Beatrice and Princess Eugenie will not be included when it comes to deciding who would accompany the Queen on future engagements, explaining the “money is not there”.

“It was very powerful, it was very emotive,” Dickie remarked, as he watched footage of the funeral.

“The service was powerful in its simplicity. I think because of the circumstances, the pandemic, we all know somebody who has passed away this past year.

“So we could sympathise with the royal family and what they were going through.

“I have to say, the Queen cut such a lonely figure. You felt like reaching out to hug her, to comfort her. 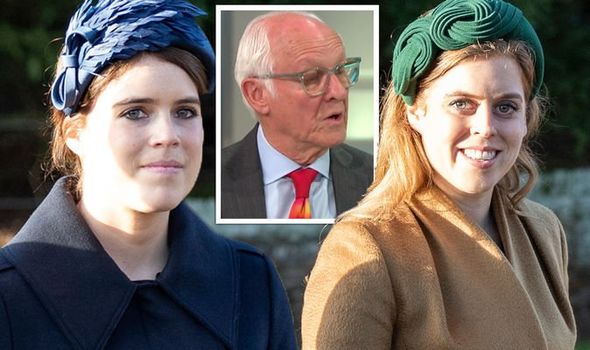 “But, she leads by example and she was socially distancing. It was a very difficult day for them.”

“We are debating this later, was it the rules that prevented her or did she choose not to sit with anybody?” Adil asked. “Was it the rules?”

Susanna explained: “There was a lady-in-waiting in the car of course.”

“But that would have made 31 and they were only allowed 30 inside the chapel so she waited outside near the Galilee porch,” Dickie explained. 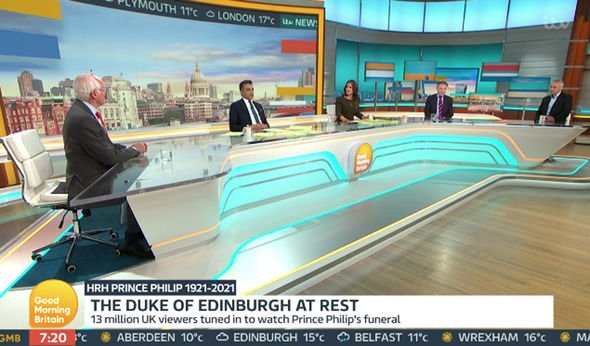 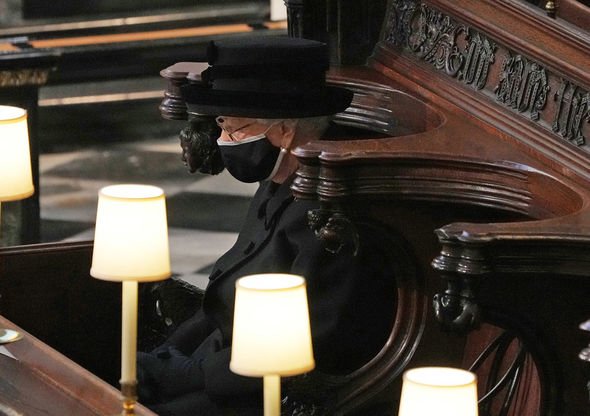 “No, she leads by example and it was absolutely right, unfortunately, alone. If it had of been anyone else, Prince Philip alive, then she would have been sitting with Prince Philip.

“But there was no one there from the support, the Windsor bubble, so she had to sit alone.”

Turning his attention to rumours of the monarchy being “slimmed down,” Dickie remarked: “I’m not sure how much slimmer it can get.

“I don’t know how much more you can slim it down. You can’t bring Beatrice and Eugenie into the equation as there just isn’t the money there.

“It is pretty slimmed down. It’s how they will, for want of a better word perform, how they are going to support the Queen over her last few years.

“She’s very used to going out on engagements on her own. She’s been doing it for 69 years. There’s no reason why she should stop now.

“Very occasionally, the royal family joins her if she wants them there.”

“Maybe she will slim down in terms of the numbers she does when she goes out.”

Both Princess Beatrice and Princess Eugenie attended the funeral for Prince Philip with their husbands on Saturday.