Home » TV and Movies » 'Below Deck': Rhylee Gerber Shares Her Own 'Dr. Pimple Popper' Type Video and Everyone Is Saying 'Ouch'!

'Below Deck': Rhylee Gerber Shares Her Own 'Dr. Pimple Popper' Type Video and Everyone Is Saying 'Ouch'!

Rhylee Gerber from Below Deck satisfied the “pop” for many fans when she shared her DIY keloid pop a la Dr. Pimple Popper on Instagram.

Gerber has shared some of her own acne busting techniques in the past, which include the application of toothpaste on her pimples. She’s joked about how it works but her videos inspired Dr. Pimple Popper herself, Dr. Sandra Lee to send a skin system to Gerber. But now Gerber is at it again, this time attacking a keloid behind her ear. 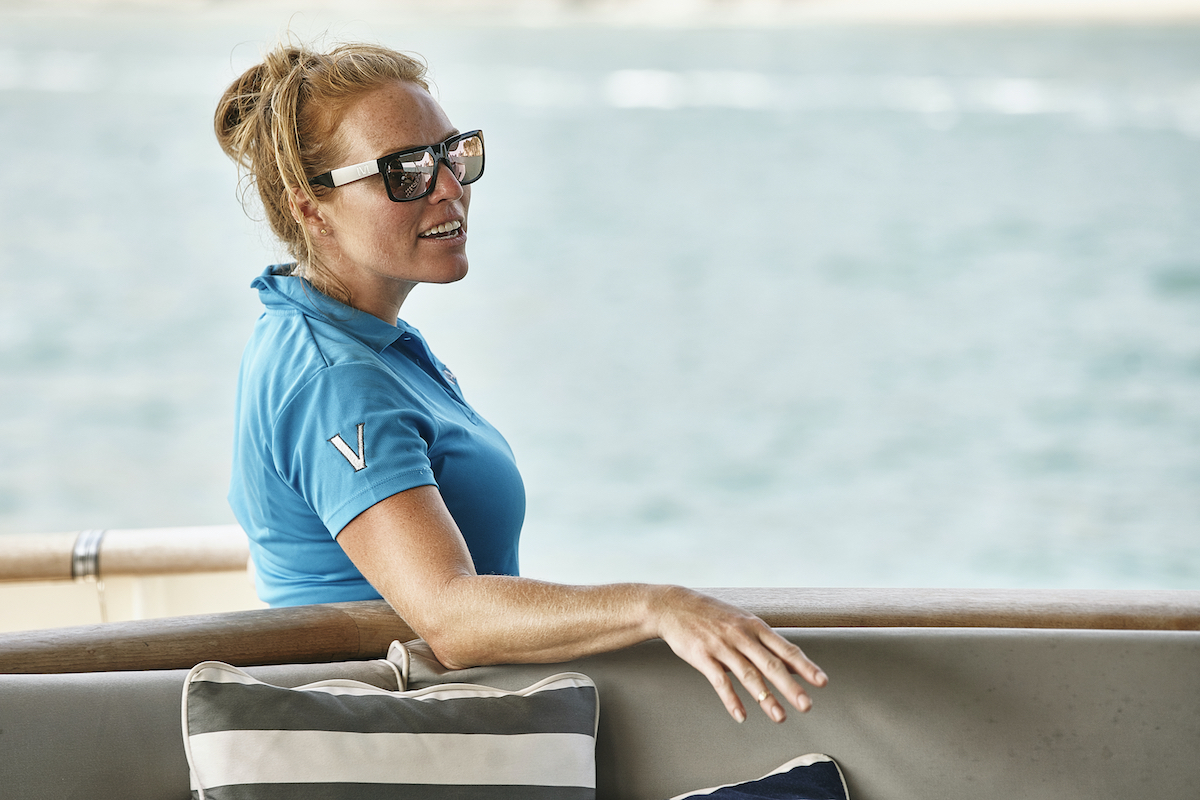 Gerber and friends on her Montana ranch decide to attack the keloid and she shared the entire procedure on Instagram. She showed the keloid to viewers adding, “I can’t sleep on my side” because of the pain from the keloid. Meanwhile, friend Sophia sanitizes what appears to be a very large Leatherman to perform the homemade surgery.

As the “surgical team” of friends and ranch workers examine the keloid, one friend, Alicia, decides to just try to pop it which produces a scream from Gerber. Alicia tells her to stop screaming while she tries to open the keloid.

“It hurts!” Gerber exclaims. “Don’t hurt me! It hurts.” But the team insists it could just open using their hands. The team thinks you just open it up and “turn it out.” The description sounds very similar to a Dr. Pimple Popper video. But then again, Dr. Pimple Popper is an actual surgeon. The ranch team, while very skilled professionals, may not all have medical degrees.

Rhylee Gerber’s team goes in hard on the keloid

At this point, Gerber looks distressed. “I have a deformed ear now from this piercing that I got years ago and it really f**king hurts,” Gerber says about the same ear with the keloid.

Rather than going in with instruments, Alicia decides to squeeze the keloid, which has Gerber yelling, “Owww!” A man is heard off-camera saying, “breathe.” As they work on the keloid, Gerber keeps her face in her hand, looking pained. So far, the camera work does not show the keloid but fans get a good look at Gerber’s reactions. “It really hurts, it really hurts,” Gerber says.

But Alicia goes in harder, twisting the keloid with her hands and now Gerber is screaming. “Who’s touching me? It hurts!” Gerber screams. And while the pain seems pretty intense, the team is successful! Alicia is heard off camera asking Gerber if she wants to “keep it.”

What is Dr. Pimple Popper going to say about this one?

Gerber seems relieved but laughs when Alicia says she’s going to go wash her hands. “You’re washing your hands now? You were supposed to wash them prior,” she laughs. While the main “meat” was extracted, Gerber wanted the team to removed the remaining pus too.

The camera moves to show the keloid as Alicia applies Neosporin to the fresh wound. While Gerber says she’s not sure if she feels full relief, she said it doesn’t hurt if she touches it.

What would Dr. Pimple Popper have to say about this move Gerber just made? Gerber could be receiving a phone call and an appointment in the near future from the surgeon.