Below Deck Sailing Yacht: JL on Dani's baby rumours as he snubs reunion 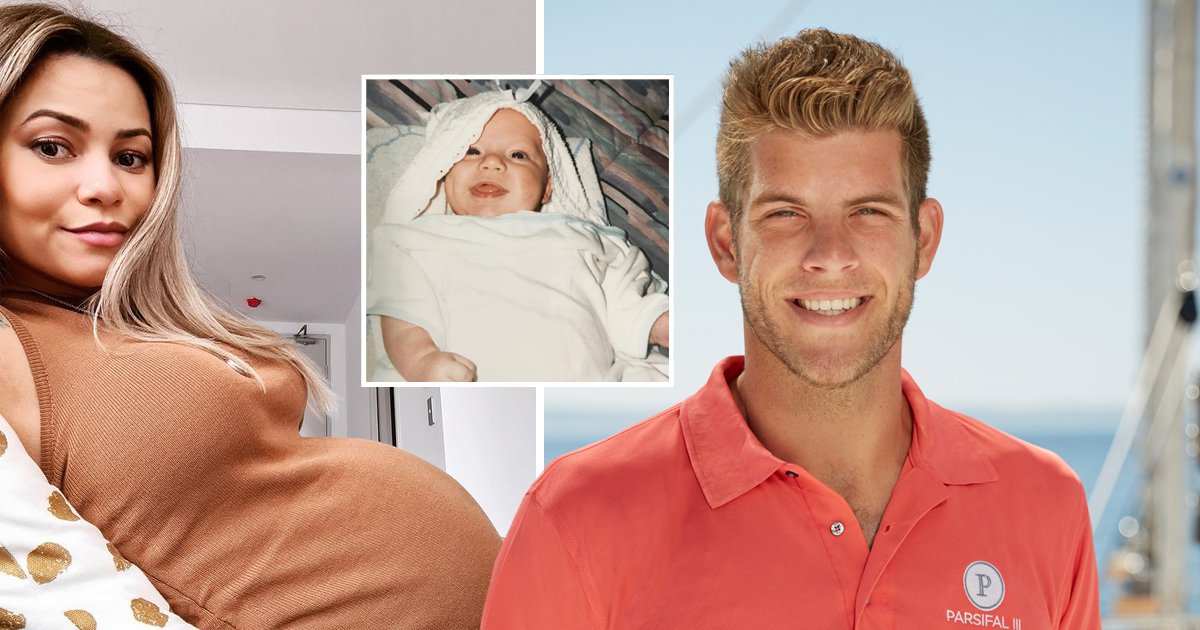 Dani welcomed her first child in May, sharing a snap of her adorable baby daughter Lilly with fans, but did not publicly address who the father is.

Deckhand JL, who had a relationship with the stewardess on board, kept quiet over the announcement on social media but later vowed to get a paternity test for the little one, with many of their co-stars slating his actions.

He did not join the official Bravo reunion, but spoke to host Andy Cohen separately in a clip, and insisted: ‘If that is my child, I want anything and everything to do with that child’s life.’

JL’s castmates were fuming over the whole thing, urging him to acknowledge baby Lilly.

In a preview clip for the second part of the tense reunion, which airs in the US tonight, stewardess Alli Dore – who announced her pregnancy yesterday – spat: ‘It’s incredibly disgusting that he won’t even acknowledge his situation.’

Castmate Gary King replied: ‘JL, shall I say, does not have a spine’.

Speaking at the end of the clip, new mum Dani added: ‘I wish he was here to defend himself or to say what he thinks.’

JL sparked a fierce backlash when he broke his silence on Instagram, explaining he was ‘heartbroken’ to hear of Lilly’s birth on social media, with many of his co-stars calling him out in a heated comments section.

In a follow-up post, he uploaded a throwback snap of himself as a newborn baby, in a bid to hit back at his detractors.

‘This is me at 2 months old. Given how tall I am, many have asked my size at birth. I was 10.2 lbs, 20.5 in. long. Had no idea my post from yesterday would generate so many different reactions. Since I can’t possibly reply to the more than 1200 comments, here are some answers that should satisfy most…,’ the reality star began.

‘I learned of the baby’s birth, not the pregnancy, on IG. Yes, I know paternity test kits are available at drugstores but the goal is for us to take the tests together instead of shipping saliva samples around the world. But yes, there will be one ASAP.

‘No, Australia isn’t open yet or I would have already gone so those of you saying “just go” must not know that. We are truly on different continents so easier said than done.’

‘Why am I sharing on Insta? Because its the only way I have to set the record straight about me not wanting to be involved if the baby is mine. I absolutely do. It’s also the same platform she blocked me on 12/31,’ he added.

‘Why did I leave comments on when many of them are negative? Because it’s real. Haters gonna hate and everyone is entitled to an opinion no matter how misinformed it may be. Good news is I also received a ton of much needed support. I also got a message from Dani last night on WhatsApp… [sic].’

Below Deck Sailing Yacht Reunion: Part 2 airs tonight in the US, and is available to stream on HayU in the UK on June 23.