Home » TV and Movies » 'Below Deck Sailing Yacht': What Are Some Common Superstitions in Boating?

'Below Deck Sailing Yacht': What Are Some Common Superstitions in Boating?

Ciara Duggan from Below Deck Sailing Yacht observes that the crew received an ominous warning that the sailing yacht might experience bad luck. 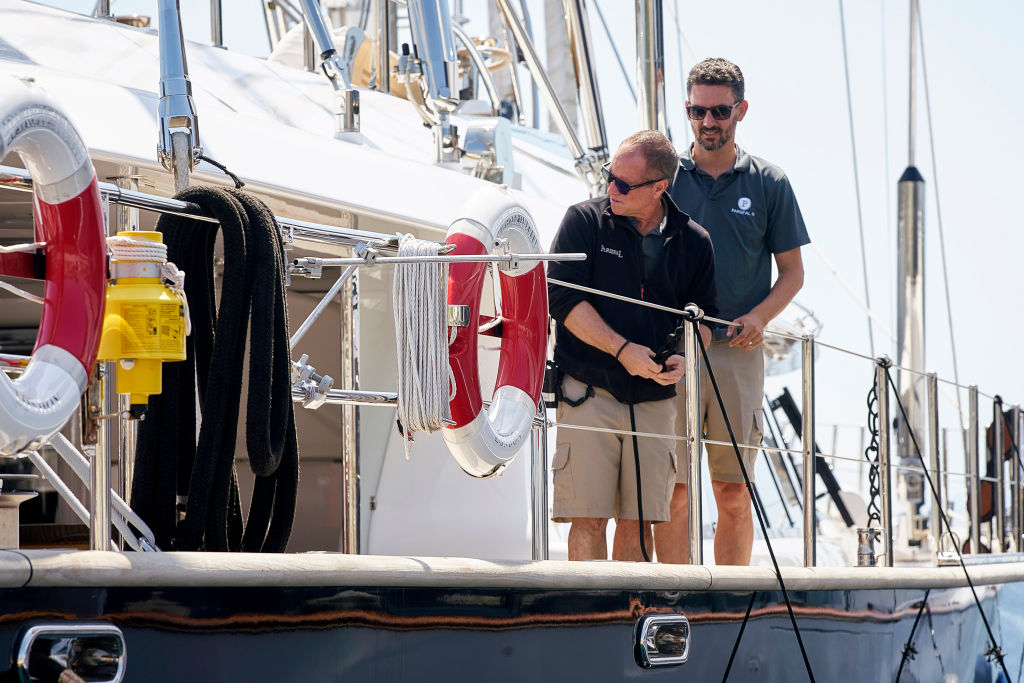 A massive oil spill occurs on deck during an upcoming episode. As deckhands and Captain Glenn Shephard assess the damage, Duggan remarks, “This could have been the bad luck thing from the crows.” First mate Paget Berry agrees as it appears he too witnessed crows surrounding the sailing yacht.

While some people would have brushed off seeing black crows, a crow flying across the bow of your boat is thought to be bad luck. In fact, a number of superstitions persist in boating, even though most have been proven to be untrue.

These superstitions are typically just folklore

Some wild superstitions like women being bad luck on a boat have been proven to be untrue. But some old tales from the sea still persist in the industry.

When you and your bff continuously tag each other in different Stories challenges. Point them out in the comments! 👉#BelowDeckSailing

When it comes to yachting and boating, avoid doing anything on Friday, according to Scuttlebutt Sailing News. “Friday is an unlucky day. This is one of the oldest and most enduring traditions of sailing. It is unlucky to begin a voyage or ‘set sail’ on a Friday.”

Changing the boat name is ‘catastrophic?’

Some believe that changing the name of the boat is dangerous. “With regard to the belief that changing the name of the boat is catastrophic, the French agree, although with a significant exception,” Scuttlebutt Sailing News reports. “Only on August 15 you can give a new name to the boat, after scrupulously following a rigorous ritual.” Quite a few of the yachts used on Below Deck issued a new name for the boat when it was featured on the show. Perhaps the names were changed on August 15.

But first, let Jenna and Byron take a selfie. 🤳 (📸: @jennathemac)

Also, have you heard deckhands whistling while they work? They probably know better than to do that. “According to many cultures, whistling at sea brings misfortune. It is said that Fletcher Christian aboard the HMS Bounty used a whistle as a signal for the mutiny against Captain William Bligh,” according to Scuttlebutt Sailing News.

Another superstition is applied mainly to sailing yachts with regard to wind. “The French have an old saying, perhaps obsolete, but worthy of mention, used on sailing ships of the past centuries,” Scuttlebutt Sailing News reports. “When they met several days of upwind unfavorable conditions, they would ask, “Vent debout, vent debout sans fin, qui n’a pas payé sa catin?” (“Upwind, upwind endless, who did not paid his whore?”) The unfavorable wind was considered a punishment for sailors who had left port without having paid the bill at the brothel.”

Did the crows cause the oil spill?

Until now, Shephard has remained extremely calm on the show. But the oil spill on deck prompts him to utter a remark often heard from Captain Lee Rosbach from Below Deck. “Goddammit!” Shephard says in response to seeing his deck covered in oil.

"Hi, can I get a pizza delivered to the middle of the ocean? Thanks." 📞 🍕 #BelowDeckSailing

The crew believes the oil leak is the result of a hydraulic malfunction. The entire crew is alerted there is oil on deck and to take care. Chef Adam Glick peers at the mess from the interior. “Oh that is a lot of oil,” he observes. “Jesus.”

Below Deck Sailing Yacht is on Monday at 9/8c on Bravo.