Home » TV and Movies » Ben Shephard emotional as he’s reunited with Kate Garraway on GMB: ‘There will be tears’

Ben Shephard emotional as he’s reunited with Kate Garraway on GMB: ‘There will be tears’

Ben, 45, has been missing his co-host, Kate Garraway, 53, for weeks as the pair usually present Good Morning Britain together on a Friday morning. Unfortunately, this has been because the latter’s husband Derek, 52, has been battling coronavirus for the past 10 weeks and has been in a coma after being admitted to hospital in the midst of the crisis. However, today was the first time the hosts were united face-to-face as the I’m A Celebrity…Get Me Out Of Here! star gave an interview from her home. In seeing his friend speak about her heartbreak, the presenter became very emotional and had to fight back his tears. 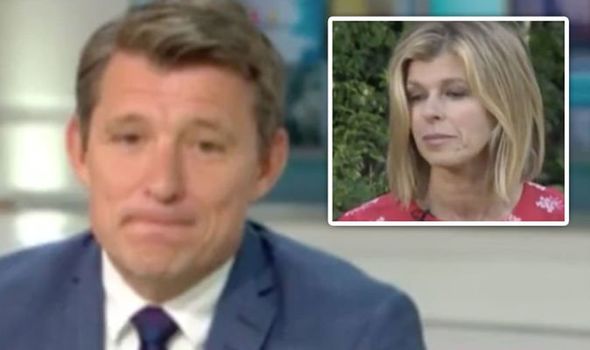 For this morning’s show, Ben was joined by Ranvir Singh, 42, and they revealed they would both be speaking to their colleague for the first time on-air since her husband fell ill.

Beginning the interview, the former took the reins and after welcoming her to the show, Kate said: “Hearing you say 10 weeks, it’s that strange thing where it’s like a second ago and also about 10 years ago.”

The mother-of-two told her friends it was lovely to hear their voices before her usual co-host asked: “Let’s start with Derek. How is he doing?”

Seeing his colleague fighting back her own tears, the presenter agreed she might not be the only one crying this morning and throughout the interview, he was very choked up.