Jeffrey Archer and former Labour Party advisor Ayesha Hazarika joined Susanna Reid and Ben Shephard on Good Morning Britain today to discuss the day’s headlines. However, during a debate on the Labour Party’s recent failings in local elections, Ben was forced to hit back at a “rude” Jeffrey after being interrupted on several occasions.

“We like winning,” Jeffrey quipped and Ayesha added: “Well I know that Jeffrey.”

“Let me finish!” Ayesha urged. “Keir Starmer needs his own vision. However, the Labour Party needs ideas, I would take some ideas from anyone.” 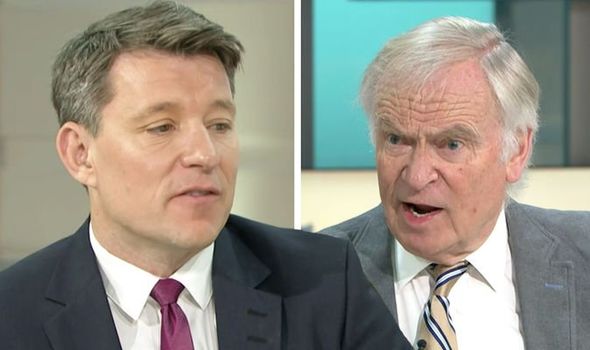 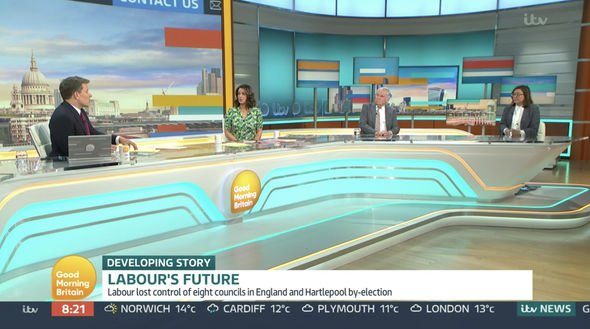 “What about people?” Jeffrey asked before Ben interjected: “Jeffrey!”

“One second Ben or I’ll get told off for being rude to you,” the writer quipped.

“You’ve done it again,” the GMB host hit back before the former politician addressed the Labour Party’s recent cabinet reshuffle.

“You had a reshuffle and you leave on the backbenches, Hilary Benn and Yvette Cooper? Two of the able people in politics today, why aren’t they on the front bench?” Jeffrey said. 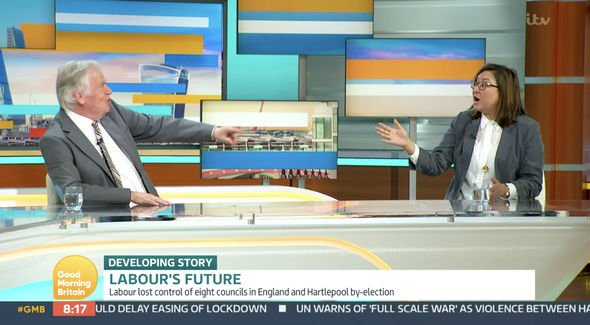