Home » TV and Movies » 'Better Call Saul': Who Has the Higher Net Worth, Bob Odenkirk, or Giancarlo Esposito?

'Better Call Saul': Who Has the Higher Net Worth, Bob Odenkirk, or Giancarlo Esposito?

AMC’s Better Call Saul gave new life to characters that audiences loved on the wildly successful drama, Breaking Bad. As a prequel to the original series, Better Call Saul follows the rise of the legal eagle, Jimmy McGill, as he becomes Saul Goodman.

Fans of Breaking Bad were giddy when the series, starring Bob Odenkirk, launched back in 2015. And Twitter could barely contain the excitement when Giancarlo Esposito signed on to resurrect Gus Fring. When it comes to popularity, charisma, and swagger, both actors inspire fan frenzy. Here’s how the co-stars stack up with regard to net worth. 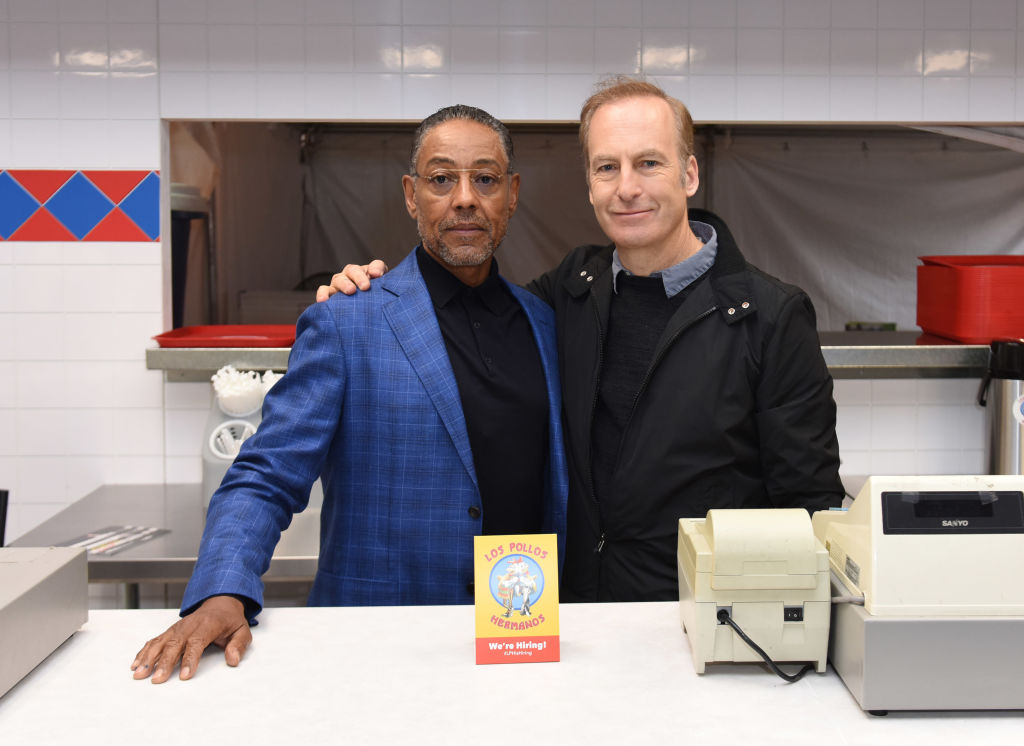 Both Esposito and Odenkirk have earned serious coin on Better Call Saul and beyond. Celebrity Net Worth estimates that Esposito is worth a cool $6 million. And according to the outlet, Odenkirk’s fortune amounts to about $10 million. From horror to drama to comedy, the stars have appeared in well over 100 projects each. And both Odenkirk and Esposito have even more gigs on the horizon.

RELATED: ‘The Fresh Prince of Bel-Air’: Which ‘Banks Family Kid’ Has the Highest Net Worth Today?

Odenkirkis an accomplished writer, director, producer, and actor with plenty of ironsin the fire. From The Cable Guy to Arrested Development, the performerhas been popping up on the big and small screens for over three decades.

Asidefrom his impressive acting resume, he has made his mark behind the scenes as acreative force in entertainment. Astute fans will note that he has writtenscripts for shows, including The Ben Stiller Show, Late Night with Conan O’Brien,and over 100 episodes of Saturday Night Live.

Next up, Odenkirk is starring in and producing, Nobody, due in 2021. Connie Neilsen and Christopher Lloyd will appear alongside Odenkirk in the movie.

This is Gus’s happy face.

With 180 acting credits – and counting – under his belt, Esposito is a Hollywood O.G. Some of his most memorable roles were in director Spike Lee’s films, School Daze, Do the Right Thing, and Malcolm X. Movie buffs will also remember him from The Maze Runner Series. In addition to his vast experience in feature films, Esposito has done a significant amount of small-screen work, including his stints on Breaking Bad and Better Call Saul.

Nextup, Esposito will appear alongside James Franco, Ashton Kutcher, and AnaleighTipton, among others, in The Long Home. The drama is expected to drop in2020.

RELATED: ‘Friday’ Cast 25 Years Later: Who Has the Highest Net Worth?

Better Call Saul has aired for five seasons on AMC. Since its debut, the show has enjoyed critical acclaim and fan adoration. With a Fresh Rating from Rotten Tomatoes, a whopping 97% on the Tomatometer, and an average audience score of 96%, Better Call Saul is a bona fide hit. The show is expected to return with new episodes during the 2020-2021 broadcast season. But it’s not too late for viewers who have yet to jump on board. Fans can stream previous seasons of Better Call Saul on Netflix.

RELATED: ‘Buffy the Vampire Slayer’: Which Cast Member Has the Highest Net Worth?