The Big Bang Theory viewers became well-acquainted with Sheldon Cooper (played by Jim Parsons) from the first episode of the CBS sitcom. Over the years, viewers were given glimpses into his life and indeed his psyche and remarkably high intelligence. Towards the end of the series, Sheldon ended up getting married to friend and fellow scientist Amy Farrah-Fowler (Mayim Bialik).

The pair were, of course, a great team and even went on to work together on a Super-Asymmetry thesis.

This piece of work was so groundbreaking in the Big Bang universe that the pair won a Nobel Prize for it.

However, not everyone has been left satisfied with the historic win and are sure it opens up somewhat of a plot hole in the series.

Fans have begun speculating that Amy should not have been a part of this prize, but rather either Leonard Hofstadter (Johnny Galecki) or Howard Wolowitz (Simon Helberg) ought to have been.

Speaking out on the matter, Reddit user and Big Bang Theory fan nwb04296 recently wrote: “I admit that last time I watched seasons 11 and 12 was when they originally aired,

“But as I glimpsed ending of 11th season today in TV I started wondering what contribution could neurobiologist possibly bring to purely physics topic? What help could Amy be?” 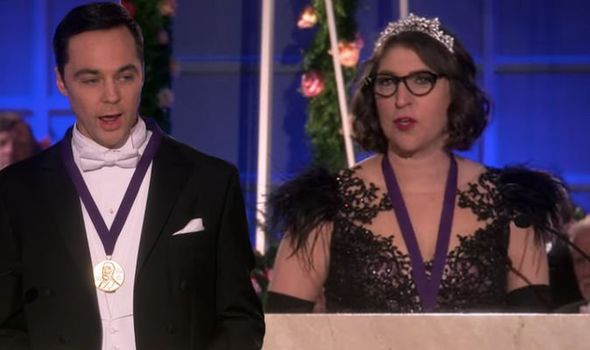 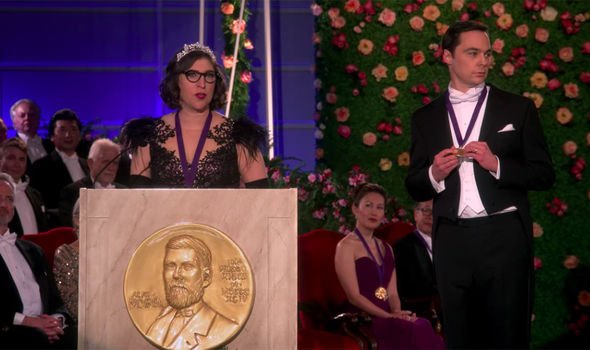 The fan went on to say: “Sheldon and Amy worked together on paper about human consciousness and decision making, there it made sense both could benefit from the professional knowledge of their partner. But Super-Asymmetry?”

The fan continued to outline why Sheldon’s friends ought to have been involved.

They wrote: “Sheldon got the idea from some nonsense his mother said and then he went to see Amy to work on it together for no reason as she does not really have any deeper knowledge of physics. 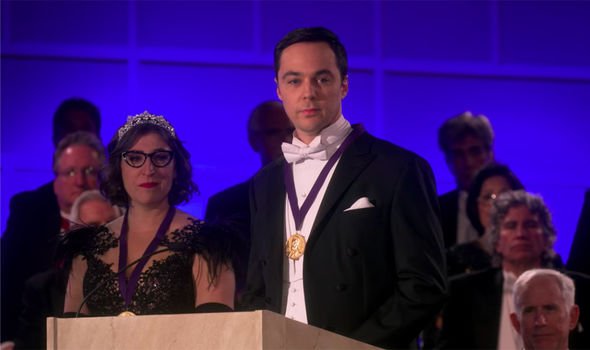 “Not to mention it is selfish of him to overlook both Leonard (who came to him with his own original idea) and Howard (who helped in transforming the idea into actually useful technology) who actually have grounding in physics.

“Working with Leonard and Howard could also have been critical in Nobel chances as theories must be proved first and Leonard as experimental physicist and Howard as engineer would be very valuable assets if they could work on the theory from the start and propose experiments that could prove the theory.”

Exhausted by the issue, the fan concluded: “No matter how I look at it I just cannot find any useful contribution Amy could bring that would justify her name on the paper and make her equal contender.”

While it certainly would make better sense for Sheldon to have continued his work alongside Leonard and Howard, other viewers had different opinions on the matter.

One fan wrote in defence of Amy, saying: “His mother wouldn’t have said anything if Amy didn’t initially say the bow tie had to be symmetrical.

“If he and Amy weren’t getting married, the inspiration from the bowtie would never have been there.”

Although the show only ended last year, viewers are already eagerly awaiting its return.

However, recently Amy star Mayim spoke to Metro.co.uk about a reunion for the cast members and shared a worrying update on a possible get together.

She explained: “Right now, Jim Parsons and I are producing a show Call Me Kat, so that’s technically where my life is.

“Again, there’s a lot of legal stuff which is very boring about why shows do have reunions and don’t, but I think it’s probably too soon.”

Recently, Penny star Kaley Cuoco posted a photo of herself alongside her cast members a year on from the show’s conclusion, with a caption that included: “The show changed my life in 100 different ways and no matter where my career takes me, I will always owe it to this show and the brains behind it.”

The Big Bang Theory seasons 1-12 are available on Netflix.