In The Big Bang Theory season three, episode 19, titled The Wheaton Recurrence, Sheldon Cooper (played by Jim Parsons) enlisted the help of Leonard Hofstadter (Johnny Galecki), Penny (Kaley Cuoco), Howard Wolowitz (Simon Helberg) and Rajesh Koothrappali (Kunal Nayyar) to take down Wil Wheaton in a bowling match. However, their face-off down the alleys has opened up a rather obvious plot hole in the CBS series.

Tense confrontations were the order of the day in the 19th episode of season three as Sheldon desperately attempted to one-up his former childhood hero.

Not only did Sheldon seek revenge on Wil, but Penny and Leonard were having troubles of their own when the latter dropped the “L-word”.

This passed by Sheldon who only had tunnel vision on defeating Wil and, therefore, needed the pair for his bowling team.

Named ‘The Wesley Crushers’ the five Big Bang characters headed to the lane for the match. 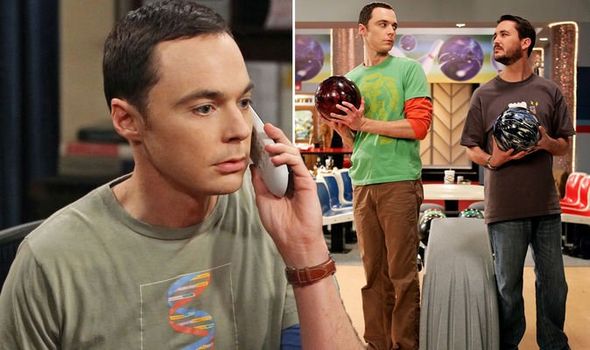 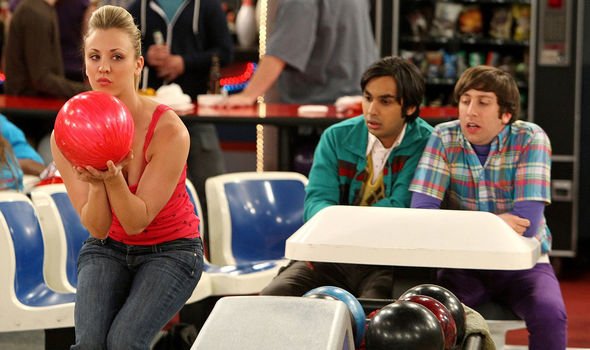 There was a lot to play for as Sheldon had bet with Wil’s team that the losers would be the victim to a “public humiliation” in a fashion the victors saw fit.

The match was full of underhand tactics from the off – particularly when Sheldon and Wil both took their turns at the same time.

Upon realising the coincidence, Wil told Sheldon: “After you.”

Keen to get the upper hand, Sheldon feined courtesy and replied: “No, after you as we are currently crushing you, Wesley.” 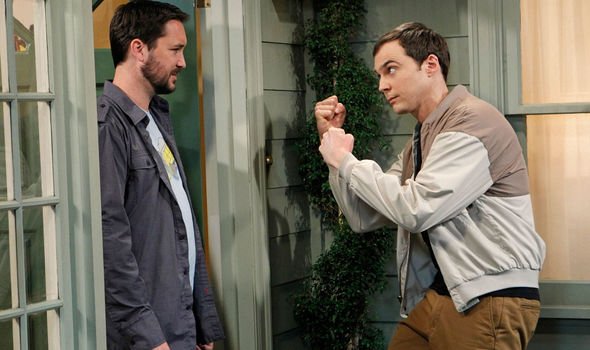 Wil hit back: “It’s customary for the player on the right-hand lane to bowl first.”

Sheldon agreed and lined up to bowl his ball only for Wil to put him off by throwing at the same time.

The pair’s balls pinged down the lane only for Sheldon to register a zero on lane three while Wil earnt his team a spare on lane two.

The Star Trek star teased the Big Bang favourite: “It’s a custom, not a rule.”

However, one fan on forum site moviemistakes has pointed out this kind of match up wouldn’t have been possible in league bowling.

The Big Bang fan explained: “Sheldon and the team are league bowling and have a match with Wil Wheaton’s team.

“They are bowling on lanes 2 and 3. In league bowling, you have to bowl on lanes that start with an odd number because the ball return is shared between those lanes.

“In league bowling, you take turns with each lane so that any differences in the lanes evens out, and this lane layout wouldn’t allow that.”

Therefore, surely the result of the match wouldn’t have been valid as it went against regulation rules.

So when Wil manipulated Penny into forfeiting the game, it should’ve born no impact on the result.

As a result, it means Penny and Leonard’s brief break-up should’ve been avoided and Sheldon’s hatred for Wil shouldn’t have been exaggerated even further by the loss.

The Big Bang Theory is available to stream on Netflix UK now.